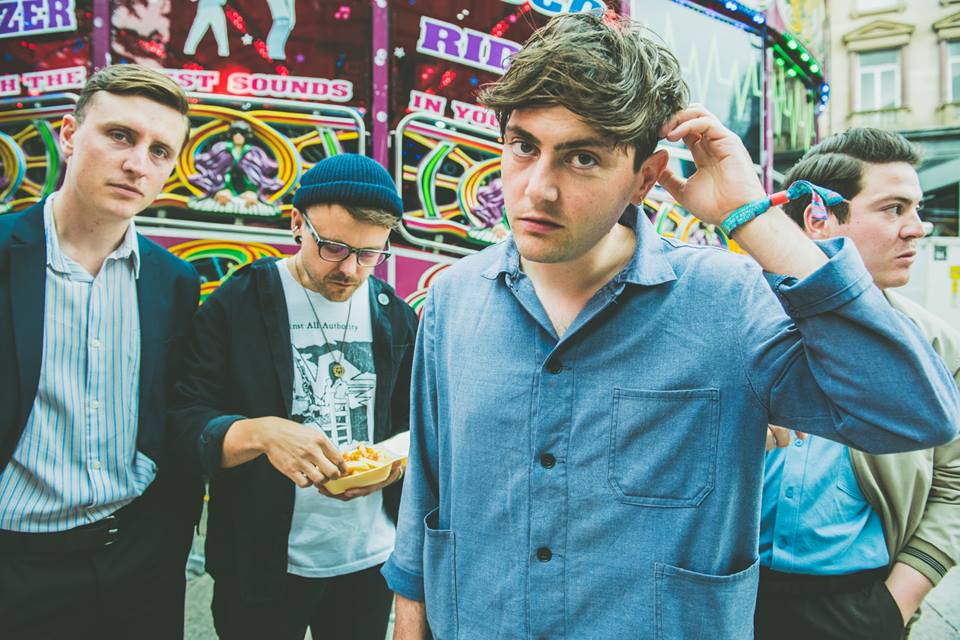 LIFE are loud, political and lyrically electrifying. The band are based in Hull, but their restlessly tense album, Popuar Music was produced at The Fish Factory in London. It's a punk record through and through, standing as a testament to the genre, continually taking the opportunities provided by the state of the world to protest. The songs are catchy, the hooks bore under your skin and the beats rattle the listener to revolt.

Taking some time as their tour starts to wind down, the band made us a playlist because they're nice like that. And if you can wade through the lyrical waxing, you might garner some insight.

"The lyrics in this banger are totally up my street.  Baxter is really waxing here and its great. It has cracking girth. For me the track sounds like a heaped teaspoon of aniseed. It makes me wanna kick back in some Adidas sliders and think of a goose or two."

"Nadine is class. LIFE just finished a two-week tour with her and her ace-as-fuck band. I love everything about this human; a stunning artist and hypnotic performer. Best mates."

"The boys. LIFE play with IDLES on 23rd November at Village Underground. We’ve hung out a lot this year. They are total legends. Their album Brutalism is on constant play in the van. Delving into it is like re-watching Die Hard 3 genius from start to end. It’s not for the balsamic virgins."

"This screams pot noodle in a hot buttered bread cake.….what a band! They should be bigger than Stoodley Pike.  Absolute PUMA."

"This is total modern medicine. We were lucky enough to see Loyle at Latitude Festival this summer and he kicked hard. The honesty heard through his tracks makes the record seem warm and cool as fuck. Props all the way."

See LIFE live at the below dates: