At Raw Meat we like to celebrate an important records' birthday by reviewing it as though we've never heard it before. The Infamous, was originally released 25/04/95 on Loud Records. 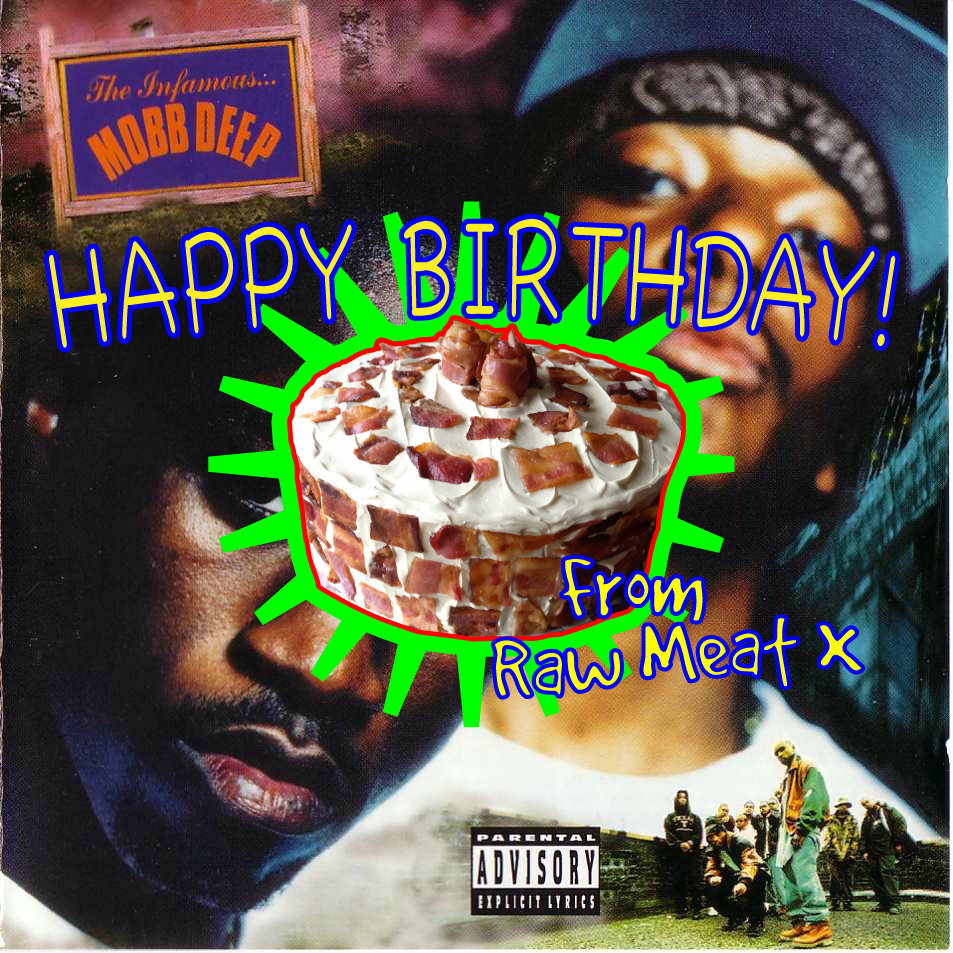 At Raw Meat we like to celebrate an important records' birthday by reviewing it as though we've never heard it before. The Infamous, was originally released 25/04/95 on Loud Records.

The album opens with 'The Start of Your Ending (41st Side)', a song packed with bleak imagery and first person narratives - a clear indicator that more is to come. As the third track 'Survival of the Fittest' opens Prodigy highlights the true theme of the album, “There's a war going on outside no man is safe from / you could run but you can't hide forever”. Complete with the comparison that their block is reminiscent of Vietnam, Mobb Deep paint a picture of the streets as one lost due to a number of hostile forces. Police, rival gangs and neighbourhood snitches are around every corner and with one false move you could find yourself in prison or six feet under.

This idea of a bleak world is continued through the next song, 'Eye for a Eye (Your Beef is Mine)'. As gritty piano is looped under echoing drums we’re introduced to the need for a partnership when you’re on the streets. A personal highlight of the album, this song is a classic example of using guest spots to perfection. Wu Tang’s Raekwon, and Nas debuting his newest rap persona Nas Escobar, both offer short verses that are the epitome of sweet - matching their different styles brilliantly.

'Give Up the Goods (Just Step)' highlights the production ability of A Tribe Called Quest’s Q-Tip. A hard hitting snare fitted perfectly with synth. Havoc, Prodigy and fellow Queensbridge native Big Noyd offer up some laid back storytelling that makes this song a stick-up anthem; truly cinematic.

The smooth cinematic style is repeated on 'Up North Trip'. Even though the song discusses being placed into the infamous upstate New York Attica prison, the production makes it sound so smooth. A true constant of the album is Mobb Deep’s ability to create imagery of a grim landscape but in a captivating and laidback style that makes it seem so pleasing. It’s like watching a car crash through an Instagram filter.

Mobb Deep are at their and possibly hip-hop’s grittiest with 'Shook Ones, Pt II'. A raw street anthem; the backing piano is sinister, gothic and feels like it’d be perfect for an old-school horror film. Instead it’s utilised in the verbal equivalent as Mobb Deep describe their ability to get truly violent as well as create a hip-hop classic. Where other rappers chose to promote big money drug deals with lavish rewards Mobb Deep are the poster children of keeping it real, shining a bright light on the ghetto state of mind and the ever increasing dangers that surround them.

With the release of The Infamous, Prodigy and Havoc bring a new flavour to the hip-hop scene, combining intense nihilism with the East Coast sound.