October Drift reveal video for haunting track 'Lost', B-side to their second single 'You Are, You Are'. 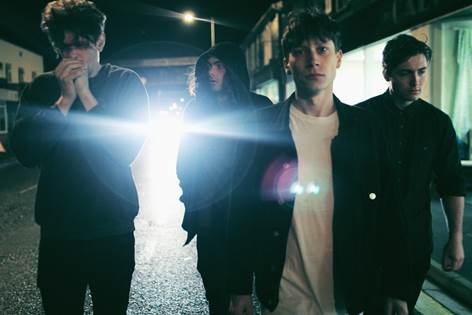 October Drift reveal video for haunting track 'Lost', B-side to their second single 'You Are, You Are'.

The four piece explain that they were interested in creating a “feeling of unease” in this video, which has been fabricated effectively in the minimalistic yet eerie piecing together of the surroundings. Set in an industrial warehouse full of vintage television screens displaying various odd clips, the coordination of the spectral video and the soothing, deep voice of October Drift’s vocalist is superb. The lyrics for 'Lost' were inspired by a seemingly sinister picture book unearthed by the band at work, in particular the striking “Opportunity makes the thief”.

The band remain suitably anonymous with their lack of social media, but can be seen playing Dot 2 Dot Festival and The Old Blue Last in London in the very near future.