Songhoy Blues have got something special. When riffs from Led Zeppelin's blues rock are combined with African rhythms and catchy melodies, I think you can say you're on to a winner. 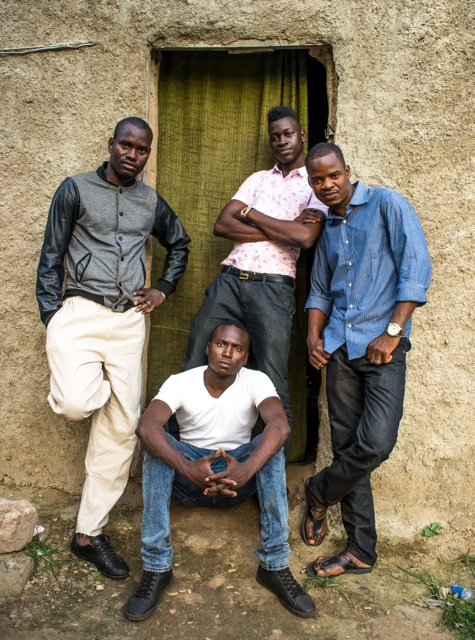 Songhoy Blues have got something special. When riffs from Led Zeppelin's blues rock are combined with African rhythms and catchy melodies, I think you can say you're on to a winner.

The back story of the fantastic Songhoy Blues might sound quite incredible to western ears, but it's very much worth hearing. Once one of the most prominent and powerful of Mali’s many ethnic groups, the Songhoy, who hail from the banks of the Niger River between the ancient cities of Timbuktu and Gao, have suffered a long slow decline since their apogee in the 6th and 17th centuries. Now largely living on the margins of the West African nation whose political and cultural life is dominated by the Bambara people of the south, they nonetheless retain a fierce pride in their history, beliefs and music.

Coming from the heart of old Gao, Oumar Toure and Aliou Toure were, like other children growing up in the ancient city, obsessed with hip-hop, R&B and bands like The Beatles and Jimi Hendrix - and the influences of each of these factors shows. By their early 20s, having met young guitarist Garba Toure (the son of Oumar Toure, long term percussionist in Ali Farka Toure’s band), they began to make music while at university in Bamako.

The music of Songhoy Blues brings ancient vibes together with modern guitar work and swelling rhythms. It's not "World Music" (what does that even mean any more?), it's just raw talent and amazing song writing. The band also recently announced details of the release of their debut album, Music In Exile. Out on Transgressive Records, 23.02.15.

I think it also goes without saying that this music video is brilliant; funny, representative of the song and aesthetically pleasing in equal measures. Directed by Ruben Woodin Dechamps and Oscar Hudson.

You can see Songhoy Blues play across Europe before Christmas, and in London next year: