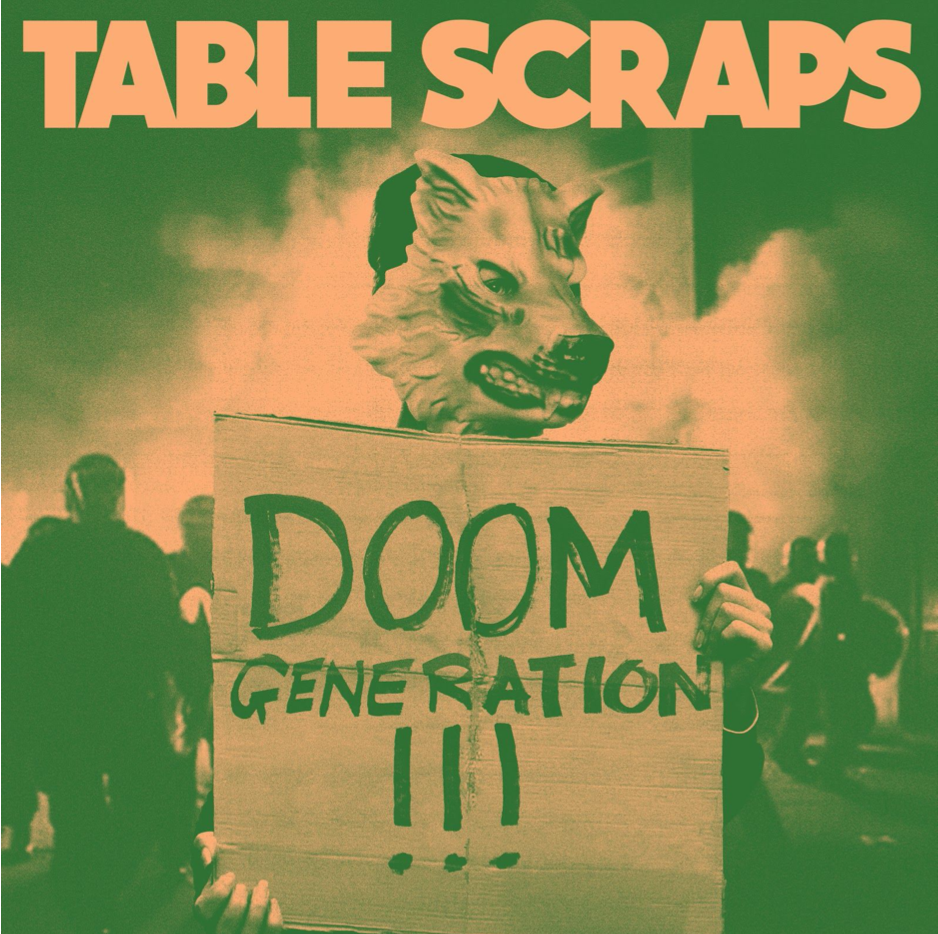 'Doom Generation' is a two-and-a-bit minute scuzz onslaught with poignant lyrics and a snake-hipped guitar solo. We're well into it.

Kicking off with an inexplicably apt air-raid siren, Table Scraps' fuzz stands on the shoulders of Sabbath, while simultaneously kicking tradition's teeth in. Warm and familiar, but totally fresh. Like a Greggs sausage roll.

The video​, animated by the band themselves, shows the trio more or less as things are: forced to stand still (and sink beers) while the world crumbles around them. Watch out for a few painfully cute cameos from fellow garage rock Brums; Cherry Pickles, The Cosmics and Black Mekon.

Table Scraps are releasing the track as a download only on Bandcamp to raise funds for releasing Coffin Face on vinyl.