The soothing seventies melodies and beautifully sequinned shirts of Tennis’ ‘In The Morning I’ll Be Better’ video reminds us that everything, actually, will be alright. 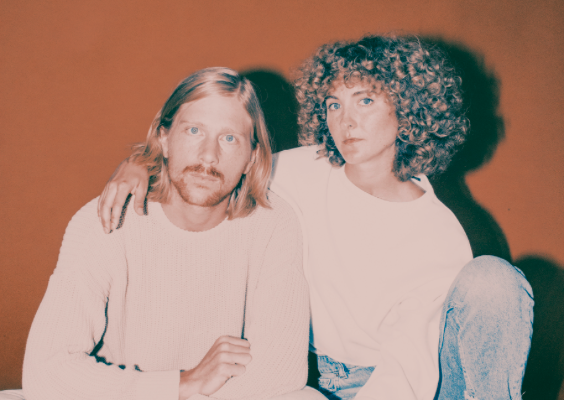 The soothing seventies melodies and beautifully sequinned shirts of Tennis’ ‘In The Morning I’ll Be Better’ video reminds us that everything, actually, will be alright.

Given 2016 was mostly headlined by nasty surprises and general calamity, with things set to go even further south far too quickly as a fake-tanned reality TV star everyone can totally trust takes the reigns of the free world, we're thankful for the return of Tennis.

The Denver duo are releasing their fourth album, Yours Conditionally, on their own label 10.03.17 and giving us a glimpse of what we’ve got to look forward to in the music video for lead single ‘In The Morning I’ll Be Better’.

The video consists of several characteristics that have come to typify videos from this husband-and-wife team: lo-fi production, seventies glitz, and Alaina’s near-trademark curls. We see the front-woman get groovy to the beat beside a swimming pool and give smouldering over-the-shoulder stares. Her gaze flows with such confidence that the viewer cannot help but be filled with hope of good things to come, in the band’s incoming LP and maybe even the world at large.

When there are shirts as sparkly, tunes as luscious and relationships as powered by love as these, there is hope for 2017 yet. Bring it on.