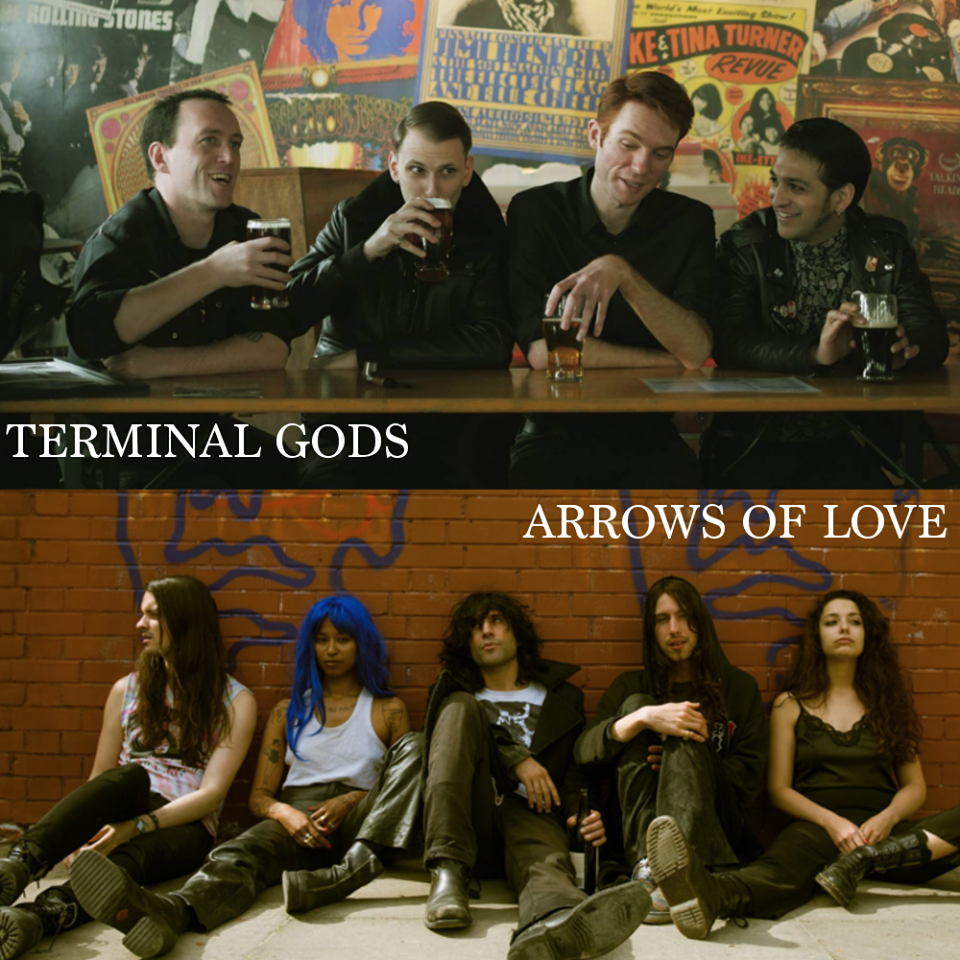 What is this? Bluntly, it's two bands coming together in a North London studio to create a live session video like no-other. Illustratively, it's one of the many sensorial reasons that John Clay is seen as a lynchpin of the London underground scene. And audibly it's evidence that both Arrows of Love and Terminal Gods can cut through the band-fill.

RAW MEAT: What makes Margo’s Living Room different to other YouTube live shows?
John: There is little merit in sensationalising studio equipment when filming a live session. With bedroom’s kitted up with the latest tech and with a populace leading a near cybernetic existence with phones, iPads and laptops, watching your favourite band with heads down, headphones clamped around their ears just isn’t immersive.
I film bands who give that extra ten percent to projecting a mysticism or persona at the audience. And I think that showing off their stagecraft with a continuous shot is a more effective and thrilling way of transmuting casual YouTube viewers into paying attendees of a gig. Margo Broom (owner of Hermitage Works Studios) not only understands this concept as a way of helping out bands, she’s more than capable of recording the band and effecting a mix to such a high standard that the finished piece has the unmistakable feel of officialdom.

What was the concept behind the Terminal Gods Arrows of Love collaboration?
Two different bands in one room. The entire venture was equal parts an intellectual adventure and a beacon through bigger bands to other chancers who might want to frequent the studio and/ or discover the channel we publish through (Clark Kent’s Rock and Roll Revue). Hopefully they’ll be more special surprises on the channel. Maybe there already are...

"The ordered chaos of Hermitage Works studios is like a musical cave of wonders. Every crevice has some enticing piece audio treasure competing for attention. It's a shame we only came to plug in and play, as we'd have happily locked the door behind us and never left.
It sometimes feels like all the joy has gone out of rock and roll; our heroes are dead the only people smiling are the ones guaranteed their 10% without lifting a finger. However, cracking out a track at Hermitage Works, with full time low-lifes Arrows of Love, with the air full of smoke and the lights turned down low, it's almost possible to remember what rock and roll is supposed to sound like."
- Robert Maisey, Terminal Gods