Some bands, in some eras seem to have all the melodies, all the lines. Everybody longs to be able to say, "I was there. I heard those songs in a tiny venue, before they got…big." 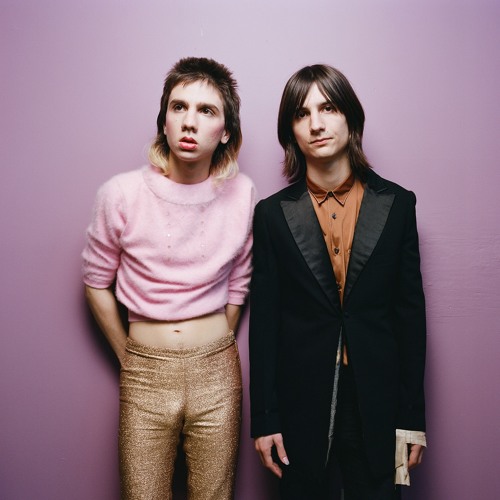 Some bands, in some eras seem to have all the melodies, all the lines. Everybody longs to be able to say, "I was there. I heard those songs in a tiny venue, before they got…big."

To be at a Lemon Twigs gig, at least for the time being, is to be in the real presence of the guys with all the songs.

As Brian, the older of the two D’Addario brothers breaks into ‘I Want to Prove to You’ with a honeyed Harry Nilsson tenor, it’s immediately clear that this Long Island four-piece are serious about the science of writing hits. Behind Brian, main-songwriter and pillar of calm, younger brother Michael smashes the shit out of the drums behind him with boyish, jittering, Moon the Loon abandon turning his head now and then to slide into impeccable backup vocals. Supertramp stamped sing-along, ‘Why Didn’t You Say That’, is one of the many would-be singles on show. There’s a fair share of Cheap Trick high school heartbreak, "Why won’t you love me? / Why do I have to follow you?" It’s all very forlorn, but just when Lemon Twigs seem in danger of succumbing to syrupy sentimentality there’s a flash of Gram Parson, a baroque turnaround, a sighing ELO keys solo closely followed by a beam of intergalactic 5TH Dimension three-part harmony.

Halfway through the set, Michael swaps the sticks for lead guitar and vocals. Brian’s songs, full of Beach Boys Smile-era acid-casualty introspection, make way for Michael’s Slade stompers, complete with head height splits kicks and windmills. Both are accomplished drummers, though on his turn on the mic, class clown Michael assaults you vocally and visually; shambling through songs with careless confidence, running through his repertoire of grimaces and idiot grins. A remarkably self-possessed 17-year-old. The songs are wild and displacing. Brian shoots a barely perceptible big brother’s eye Michael’s way, politely requesting that he tune up the guitar before the next song, or perhaps stop showing off quite so much. He sheepishly ignores the advice, and rockets through ‘You Shouldn’t Be Lonely’. Yet another single contender, a beautiful tune peering through distorted thrashing, like a lost Misfits number. As Michael batters the family guitar and his brother steadies the ship on drums behind him you can’t help but marvel at how the earnest ‘scholar of pop’ delivery of Brian and the libertine showmanship of Michael are able to co-exist, let alone flourish.

But isn’t it all just nostalgia? Aren’t the Justin Hawkins splits jumps mid guitar solo a bit much? (You can’t ignore Michael’s Wings-era McCartney mega-mullet.) Besides the fact that, troublingly, Long Island boys Brian and Michael are only 19 and 17 respectively and so have little to be nostalgic about, The Lemon Twigs avoid any sense of being a closed circuit of cock-rock clichés and sad revivalism due of the sheer quality of their craft and the richness of their influences. ‘These Words’ and ‘As Long as We’re Together’, the teased releases of their 4AD debut were roared with religious fervour by the whole venue. These boys are going places and you may not be able to see them in such a small venue for long, but I was there.