Festival season is upon us and Raw Meat are off to Y Not Festival. 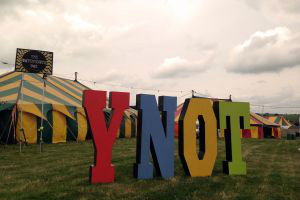 Festival season is upon us and Raw Meat are off to Y Not Festival.

If you, like Raw Meat, want to catch the best new bands before they explode onto the big stages, then this festival is for you. As this year’s line-up is absolutely jam-packed with incredible artists; we thought we’d help you decide who best to see with Raw Meat Recommends...

If you fancy hearing something light and refreshing whilst at Y Not, then Superfood are the perfect band. Superfood make for a juicy blend of alt and indie rock and are a refreshing treat for anyone who is remotely interested in good new music.

We caught Turbowolf earlier this year at 2000 Trees Festival. You want a band that contains elements of rock and roll, psychedelic, electronica, heavy metal and punk rock? You got it! Turbowolf are just the band for you. Despite that ludicrous concoction sounding like someone’s worst nightmare – it works. And it works especially well live. Being hailed as one of the best live bands around; these are certainly not ones to miss.

Catfish and the Bottlemen are a must-see this summer. After being on tour consistently for 18 months, the band are finally beginning to get the recognition they deserve. Built up of infectious pop riffs and crazily catchy choruses; what more could you want?

Think psychedelic, surf, grunge, shoegaze - The Wytches have it all. A lot of bands attempt to do something new, but they don’t really have that distinctive edge that these guys effortlessly bring to the table. Something that certainly hasn’t gone unnoticed. From touring non-stop and supporting the likes of Metz, Blood Red Shoes, Drenge and Pulled Apart By Horses; The Wytches have gained an incredible reputation within the rock world over the last year. Kristian Bell’s haunting vocals combined with funky bass and heavy drums is what makes this band so compelling live.

Party-born duo, DZ Deathrays, are sure to be an incredible live experience over the weekend at Y Not… largely because they’ve previously been kicked off-stage for being too loud. DZ Deathrays are a mix of dance-punk and thrash metal, making them completely different to anything you’re likely to ever see or hear again.

Emerging from the shadows last year, Saint Raymond has had one hell of a schedule. From playing to a packed out tent at the BBC Introducing Stage at Reading last year to doing an arena tour with Ed Sheeran later this year – Saint Raymond’s growth has been unstoppable. His intoxicating sounds and charming character on stage are perfect for any festival goer.

If you’re going to a festival this year and Darlia aren’t on the line-up then there must be some error. Seriously, this band are at EVERY festival this year. And for good reason. Bands like Darlia and Royal Blood have really blossomed this year and have both helped to bring back good and honest rock music to the forefront of the industry. Whether Darlia like it or not, they’re music has a likening to Nirvana – whether its Nathan’s hair, his crisp voice or the strong sense of pop that infuses through their gritty rock music, I have no idea. Not only do their songs become reminiscent of Nevermind Nirvana era but so do their live performances. With members of the audience having to make a trip to A&E after rocking out too hard, you’d be mental not to want to see what this band gets up to live.

Another band that seem to be constantly on tour or at festivals is Brawlers. Brawlers are the only acceptable punk rock band that you could openly admit to listen to. Sure, You Me at Six are great but do you really want to admit that to your friends? With members of the band being from the leftovers of Castrovalva, Dinosaur Pile Up and Leftover Crack; they sure know how to put on a show.

Our buddies in Beasts are opening the Giant Squid Stage (a.k.a the best stage at Y Not) on the Saturday.  They might not be the most subtle awakening you’d perhaps prefer for a hungover morning, but nonetheless, this band sure is among the ones to watch. The alternative rock band with snippets of grunge are full of power and melodies that are sure to rock your world.

This year seems to be all about incredible duos: Drenge, Royal Blood, DZ Deathrays…and Slaves are no exception. It is physically impossible to listen to Slaves without getting hyped up. The Kent-ish accents seep through their punky sounds, making them just that little bit more enjoyable to listen to.

Since the release of their new single ‘Blue Blood’, Tigercub have received more and more well-deserved attention from the likes of Zane Lowe on Radio 1. The band manage to illuminate what could be described as drab and dingy music into something much more exciting. Jamie Stephen Hall’s ever-changing tones enhances the grunge infused dirge pop that they so strongly emit into their intense live performances.

Arguably one of the heaviest acts playing Y Not this year, Baby Godzilla would be a cert for mayhem and mosh. It’s difficult to decide whether putting Baby Godzilla on the last day is a good idea, I mean, you’d be tired from partying all weekend, but if you break a few bones it won’t matter as much. Not for the light-hearted.