In its eleventh year, Y Not Festival has proved itself to be on its way to bigger and better things. 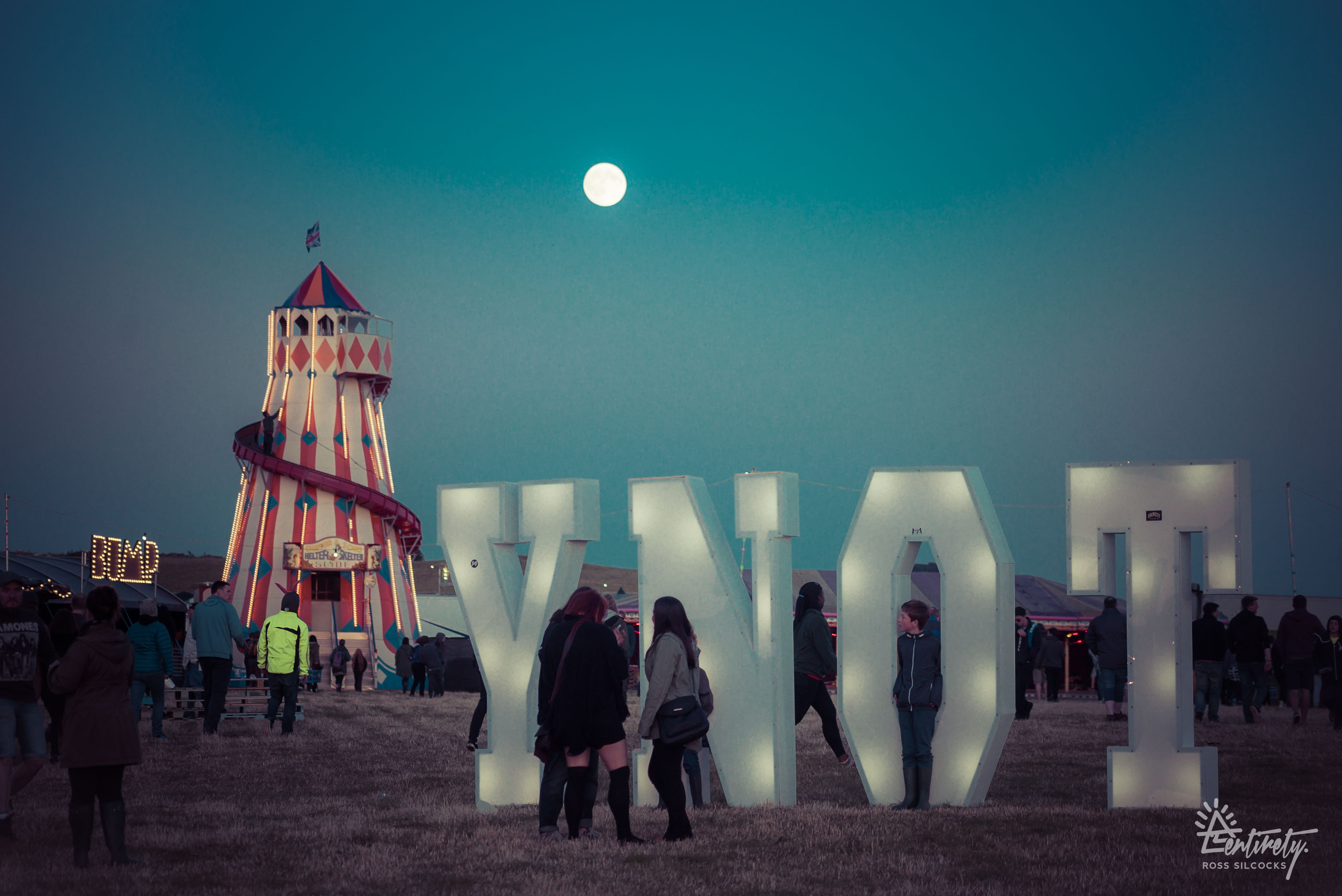 In its eleventh year, Y Not Festival has proved itself to be on its way to bigger and better things.

We're no strangers to Y Not Festival, over the past two years we've ingrained ourselves into the muddy fields of Derbyshire and become proud veterans. From extra camping facilities, to new stages, and the vast array of entertainment other than live music to keep you occupied, it feels like everything has been cranked up a notch. However, like every year, the focus of the promoters is to bring the best live music to the hills of Derbyshire. Whether it's old or new bands, heard of or unheard of artists; the dedication to showcasing the very best live music is paramount. And, like every year beforehand, Y not has delivered. Here are our favourite sets from the weekend.

Surprise, surprise, Eagulls slayed their set at Y Not. This post-punk quintet have got something undeniably special about them. On record they're exceptional and their live sets never disappoint. The whirring guitars combined with George Mitchell's distinct vocals somehow sparked both feelings of rage and admiration; a rage that goes hand-in-hand with Eagulls' punk tendencies, and an admiration that stems from the brilliant effortlessness of the band. 'Skipping' went down a treat with the crowd, as did 'Possessed', proving that no matter the audience's size, a cult following will always mean more than a tent full of posers.

Traams are impossible to dislike. Their feedback-fuelled indie-rock is undeniably addictive, and their laid-back stage presence should put them on your list of bands to catch live. Not only are they calm and collected, but every song they play has the potential to be a single. 'Flowers' and 'Silver Lining' roused the crowd, and by ending with instrumental banger 'Klaus', the set was closed at an appropriate peak. As always, we can't wait to see Traams again.

After having the pleasure of seeing The Cribs massive show in Millennium Square the other weekend, it was questionable as to whether we'd be able to feel the same level of excitement or respect for the band as we did that night. Yet, in true Cribs fashion, the Wakefield boys put everything into their set and smashed out classic after classic. 'I'm A Realist' and 'Men's Needs' invoked waves of nostalgia, whilst the shouts of, "I know a place we can go where you'll fall in love so hard you'll with you were dead!" during 'Be Safe' reminded us of the song-writing genius of these three brothers. Ross Jarmen's enthusiastic drumming alongside Ryan and Gary's exuberance gave Cribs that winning combo that you hope never disappears.

One of the greatest things about Y Not is the continued support it gives to a huge range of acts that play the festival. It was only last year we saw TRASH tear up one of the smaller stages, and this year they opened the festival over at The Big Gin Stage. The same could be said for Heck. This raucous four-piece destroyed the Giant Squid stage two years ago and this year they were back with a vengeance. Regardless of Matt Reynold's inability to move as much as usual, the bar of insanity remained high thanks to Jonny Hall's relentless nature and the crowd's determination to make it the set of the weekend. Watching the progression from two years ago, where the crowd was a mere few dedicated followers, to a much bigger, more resolute fan-base, showed that Heck's unwavering passion and commitment has more than paid off.

In a similar vein to Heck, the increase in fans at Dinosaur Pile Up's Y Not show is heart-warming to say the least. The release of their latest album, Eleven Eleven seems to have finally pushed the band fully into the spotlight, and it couldn't have come at a better time. Their sound as a three-piece has been solidified and their live shows continue to get better and better. Each track is greeted with the same frenzied reaction, whatever album its from. 'White T-Shirt and Jeans' invokes anthemic singalongs and title track 'Eleven Eleven' exposes the sheer mayhem that ensues at DPU shows.

Every year, Y Not manages to pull something genuinely special out the bag and this year was no different. Give it time, and this festival will become one of the major homegrown festival competitors.