Queens native Action Bronson has long been heralded as the saviour that hip-hop needs. 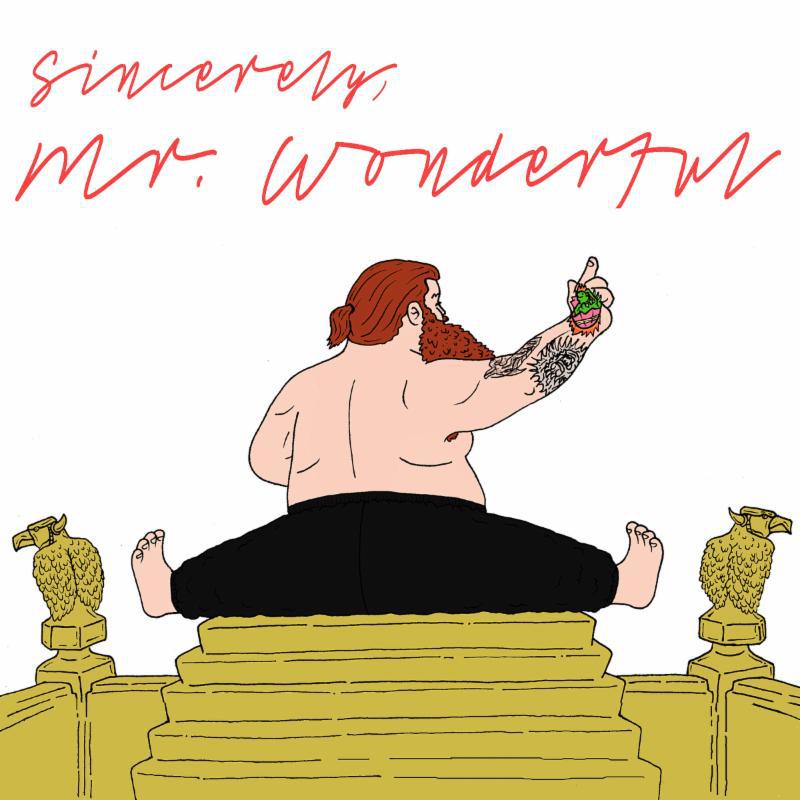 Queens native Action Bronson has long been heralded as the saviour that hip-hop needs.

Rarely one to take himself too seriously, the XXL Freshman 2013 alumni blends a rhyming structure reminiscent of Ghostface Killah with on point humour and raw lyricism. Mr. Wonderful is out now on Vice Records.

An artist’s debut on a major label should be a time for nerves, but Bronson seemingly overcomes these with the style and swagger that fans of his previous work have become accustomed to. For his seasoned supporters there are references to his previous work, with lyrics that mention previous mixtapes, his love of fine dining and wrestling (Mr. Wonderful is in itself a reference to Paul 'Mr. Wonderful' Orndorff), and of course Big Body Bes has to make an appearance. For new fans this is a crash course on a rapper who's making 2015 his year.

The opener ‘Brand New Car’ sees Bronson singing about his brand new car and comically stumbling over his rhymes as the Mark Ronson-produced piano-driven track plays. This sort of an opener on your first major label release might not work for a lot of artists but it’s testament to Bam Bam’s abilities as a rapper and his every-man quality that he can make it work.

'The Rising' sees Bronson rapping over an organ-heavy beat with the aforementioned Big Body Bes. The song contains a shout out to Queens voiced with pride and honesty, “I'm from a dirty borough where that sun don't come out”, and the strongest verse Big Body has provided on Bronson’s work to date.

It’s on the next track, 'Terry' where a new listener will get the clearest indication of what Action Bronson is about: a Billy Joel loving sex crazed maniac with a penchant for fine dining. There’s a somewhat smokey quality to the production of the track; you can imagine it playing out of a (admittedly very up to date) jukebox in a quiet bar as its patrons sip whisky. 'Terry' is one of the strongest tracks of the album, but it is its successor 'Actin Crazy' that may have taken its place as the top, as well as being one of the best new rap songs in recent memory. Also if you want the visual equivalent of a rap sound-tracked acid trip complete with rockets and straddling a rocket powered eagle check out the video.

Other highlights of Mr. Wonderful include 'City Boy Blues', 'Baby Blue' and 'Easy Rider'. 'City Boy Blues' is a particular highlight as Action appears to channel his inner Jim Morrison to muster some surprising vocals, while the song has the benefit of being produced beautifully. The quality of the production stands out across the whole album, with Bronson drafting in previous collaborators like The Alchemist (Rare Chandeliers) and Party Supplies (Blue Chips) as well as adding in Mark Ronson, straight from his 'Uptown Funk' success, on to 'Baby Blue'.

'Baby Blue' is a diss track to any ex-girlfriend that has ever crossed Action or Chance the Rapper's path. Chance’s verse is oddly hateful, yet succeeds in out-crazying Action, which is a success in itself. His wishes for his ex to get a paper cut on their tongue, win the lottery and lose their ticket, and their jacket’s zip to get stuck show a comedic style of reveling in an ex’s misfortune that isn’t usually seen in a breakup anthem.

The album’s closer 'Easy Rider' takes its name from the seminal Peter Fonda movie - a setting the song would easily fit into; Wyatt and Billy riding their choppers across America as Bronson raps. Also, watch out for the guitar solo near the end, it’s a thing of beauty.

Overall the album shows that even though he may now be releasing on a major label (Vice Records (...so Atlantic Records)) the pressure hasn't fazed him and, if anything, has allowed the production element of his songs to get even better. For new and old fans of Bam Bam this is only a great thing that should have us all looking forward to what he does next.