Words by Oliver Seymour, images by our own Kerry Mattey. 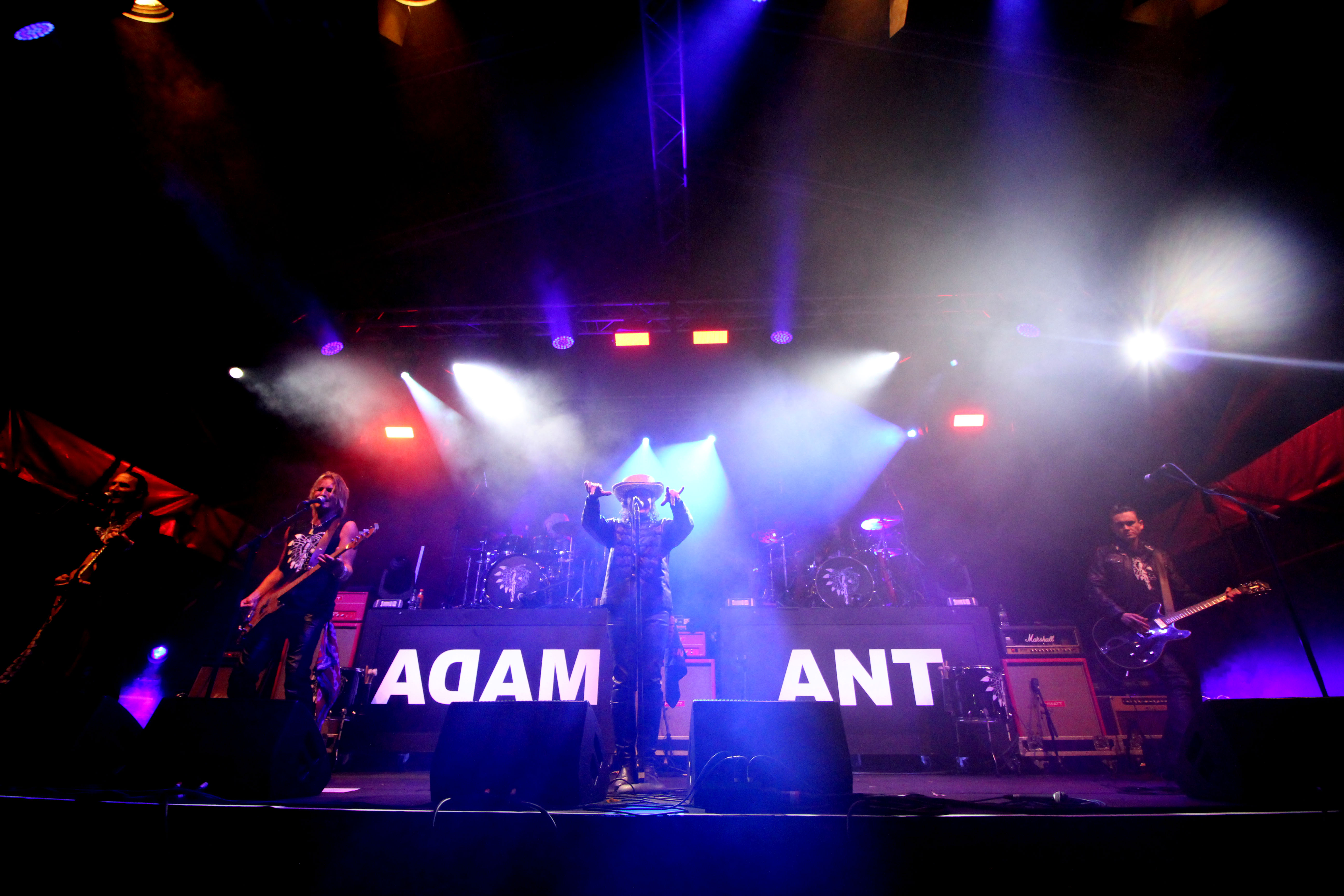 Words by Oliver Seymour, images by our own Kerry Mattey.

Rolling hills, miles of countryside and a big wheel. This country fairground style venue in Sunderland was not the most obvious location to be pushing up the volts on the dozens of speakers and blinding stage lights, but this isolated field is now heaving with thousands wanting to be taken back to the 1980s.

A night of new wave music was to be absorbed by the crowd, young and old. Parents enjoying the nostalgia, in turn sharing it with the new generation. One child matches his mother in wearing white face paint in a perfect line across his nose waiting for the iconic headliner, Adam Ant.

Adam is driven straight to the back of the stage while the rest of the band start to appear. Security lined the stage, backs turned and the crowd started to feed off the suspense. Stage lights go white, smoke pumps and the chords of ‘Beat My Guest’ begin. Adam walks out to mid stage dressed in a leather jacket and his trademark cowboy hat, behind him the drummer above the giant illuminated ADAM ANT sign.

The atmosphere was a vibe, a sea of phone screens light the avid fans as Adam rocks side to side, full of energy and loving the crowd like the showman he is. Now that everyones warmed up Adam dons his guitar for ‘Ants Invasion’, before telling the audience the story of when he was surrounded by bikers with his father as a child, inspiring his next song, 'Car Trouble'.

The theme changes momentarily with a 50’s rock and roll vibe as everyone goes mad for ‘Vive Le Rock'. Amping up the energy, the band drops the electric ‘Prince Charming’, as Adam invites the crowd to sing the chorus back to him old hearts and young hearts jump in unison. It's hard to see how this giant of a hit could be beaten, surely this was the best meant for last?

Finally the leather jacket comes flying off and Adam bears his tattooed arms singing ‘Christian D'or’. Still full of energy, ever the professional and still injecting fun into his performance, the Adam Ant appeal is still very much alive.

‘Stand and Deliver’ received the same hyper reaction as ‘Prince Charming’ did, until the lights go down and Adam leaves the stage as the inevitable encore is demanded.

‘Goody Two Shoes’ starts to tear through the chanting as the audience go crazy once more for our epic entertainer. ‘Lady’ follows and Adam grabs his guitar, silhouetted in smoke, and - after a short dramatic pause - screams out the opening lines of ‘Physical (You’re So)’. Ending as it began, with the final chords still hanging in the air while, in true showbiz style, Adam is seen being driven out of the festival within a minute of finishing his final tune.