Three years after critically acclaimed narrative masterpiece, The Party, Andy Shauf has returned with an eleven-chaptered tale of tired fondness and a spent relationship. 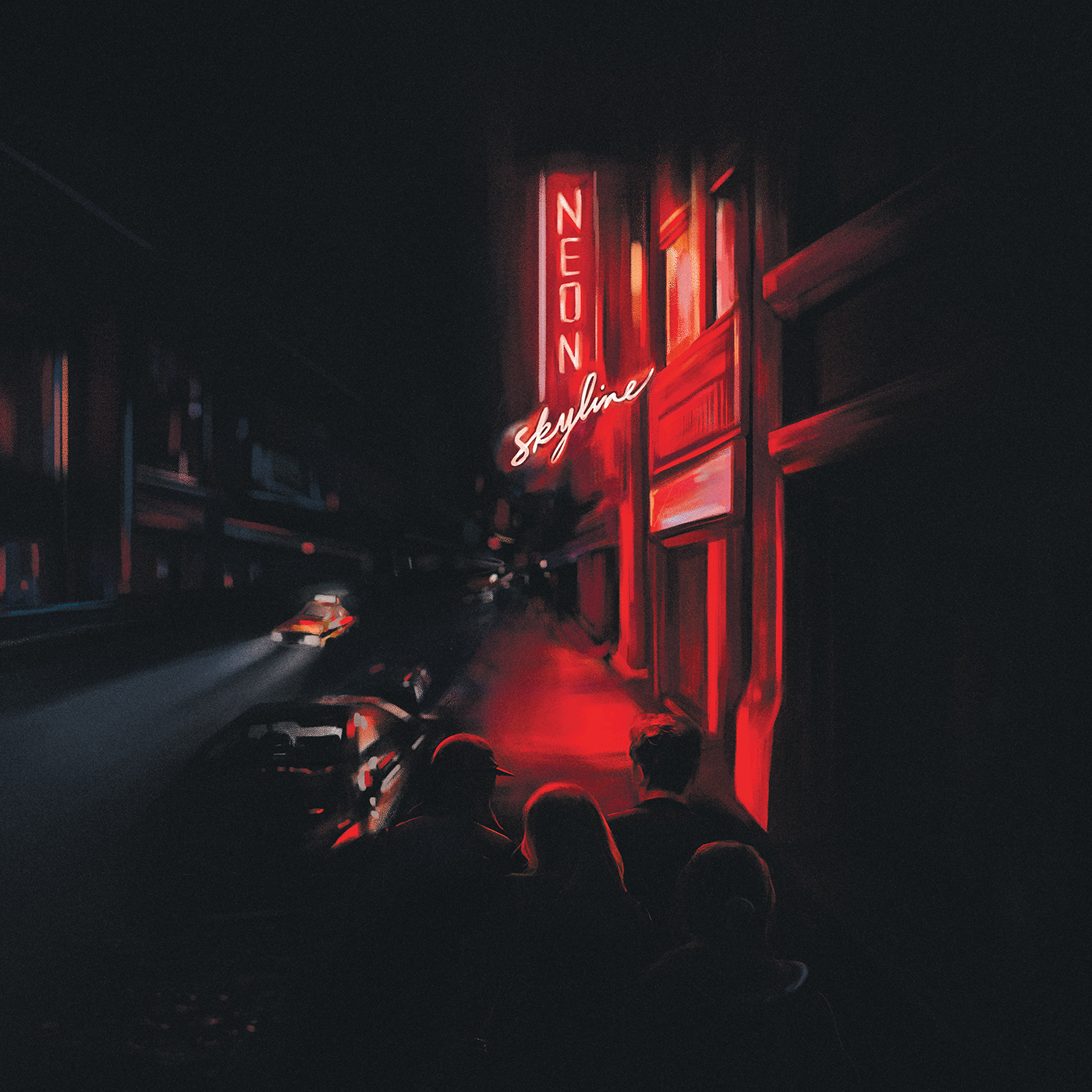 rating
Get The Neon Skyline

Three years after critically acclaimed narrative masterpiece, The Party, Andy Shauf has returned with an eleven-chaptered tale of tired fondness and a spent relationship.

Andy Shauf’s latest release, The Neon Skyline is another powerfully sensitive demonstration of his wonderful writing; Shauf weaves - out of a series of subtle social cues and charming rapport - a familiar tale of returning home and coming across a past girlfriend. The Neon Skyline is a literary masterstroke, crafted delicately to be experienced as a naturally developing story, or as one song at a time to appreciate the plethora of subtle interactions and idiomatic mannerisms as Shauf does himself.

The first track, ‘Neon Skyline’, is conversational and blasé in its delivery; Shauf revels in a jazzy soundscape, filled with Beatles-esque, mismatched instruments. A traditional rhythm section underpins sparse and seemingly impromptu woodwind riffs, somehow grounded in a very purposeful and folky vocal from Shauf. Despite the nonchalant appearance of the song, Shauf instils a feeling of melancholy with his jaded social commentary amongst an otherwise playful narrative. While arguably the most jovial and contented period in the album, ‘Neon Skyline’ is the perfect soundtrack for looking vacantly out of a car window.

Shauf plays on what the listener expects, telling you what a feeling sounds like. In the same way, ‘Where are you Judy’ opens with a flashback of woodwind, setting the scene of his past relationship as eerie and foreboding. The rest of the song is buttery smooth, with Shauf singing a quaint, if not peculiar, folk tune over a guitar-led ensemble. The sections of the song come on thick and fast, creating a disjointed intenseness, reminiscent of the relationship Shauf describes. It's a truly captivating cacophony.

After what was such an intense anthemic tune, Shauf really surprises with the stasis of ‘Clove Cigarette’. The bass is warm and mellow, underpinning a meditative inner dialogue that brilliantly captivates the idiosyncrasies of personal crisis. "Was letting Judy go the right move? Am I better off for it?" However, the calm of the number dissolves across its course, with the drums and bass getting increasingly louder and the harmony in the keys frantically escalating in a panic of indecision.

From this point in the album, there's a real sense of crisis in the narrative, with songs such as ‘Thirteen Hours’, ‘Things I Do’ and ‘Living Room’ all profoundly eating away the hope of any relationship revival. Shauf conveys drama switching within his remarkable vocal range almost in a yodel during ‘Thirteen Hours’, then near-whispering in ‘Things I do’, powerfully expressing the frenzied indecision triggered by an ex love. In all three songs Shauf dwells on subtle word choices indicative of larger conflicts, painting an image of confusion with subtle personal interactions. Combine this with bleak and haunting a cappella at the end of ‘Living Room’ and the listener is left touched and (in a welcome catharsis) emotionally drained.

The album continues in wonderful Simon & Garfunkel tones, with lyrical nuances and unforgettable vocal hooks like those in ‘The Moon’ and ‘Try Again’. Using the hook of ‘Try Again’ Shauf initially investigates social cues, only to later apply it to his entire relationship with Judy, similar to his brilliantly detached commentary of society on his 2016 project, The Party.

Shauf immerses the listener into the world of his story, but allows them to apply whatever they want to the narrative, too. In ‘Firetruck’, he sings with specificity, but leaves room for you to latch onto the bitterness of his sarcastic dialogue and the malleability of his metaphor. Shauf is commenting on the peculiarities of all relationships through his experience.

The Neon Skyline is another demonstration of Andy Shauf’s ability to brazenly brandish subtlety in music and social circumstances. After each listen, you find yourself startled at how spot-on Shauf is with his commentary on vulnerability. Shauf manages to normalise feelings of irresolution and heartbreak without detracting from their power, enshrining them in an ingenious novella.‍