This sexy slice of Black Yaya's self-titled debut album (out 02.03.15 on City Slang) has completely blown away the January blues with its Californian hope. 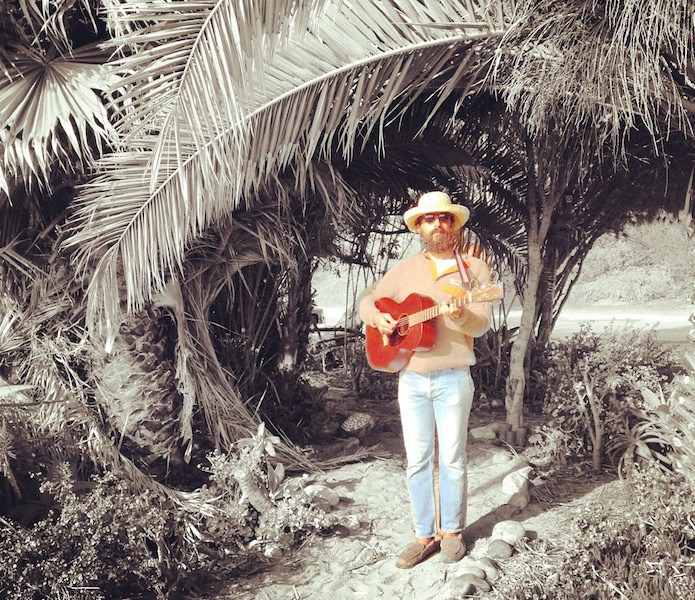 This sexy slice of Black Yaya's self-titled debut album (out 02.03.15 on City Slang) has completely blown away the January blues with its Californian hope.

'Flying A Rocket' is fun-incarnate; from the humming organs to the charmingly screechy guitar parts. The whole song has a massively seventies rock feel and I can't stop hitting repeat. The video for the song was directed by both Black Yaya himself, and Californian photographer Frank Fellous. It was shot on the sunny street of Hampton Drive in Venice, California - just around the corner from where the song was written and recorded.

While trying to put my finger on what it is about this song that's got me so hooked obviously I listened to it non-stop. There's Joe Walsh-style fuzzy guitars and a psychedelic joy, it's got pop backing vocals and a mishmash of genres that give it a timelessness. It's absolutely brilliant songwriting that feels like it comes from a less cynical (or perhaps just a different kind of cynicism) time.

David Ivar (Black Yaya) used to write, record and perform with his brother as the folk-indie Herman Dune, but after recording more than ten albums with that band, Ivar decided to create something new, going back to recording everything himself. If the rest of the album is like 'Flying A Rocket', then it's totally paid off.