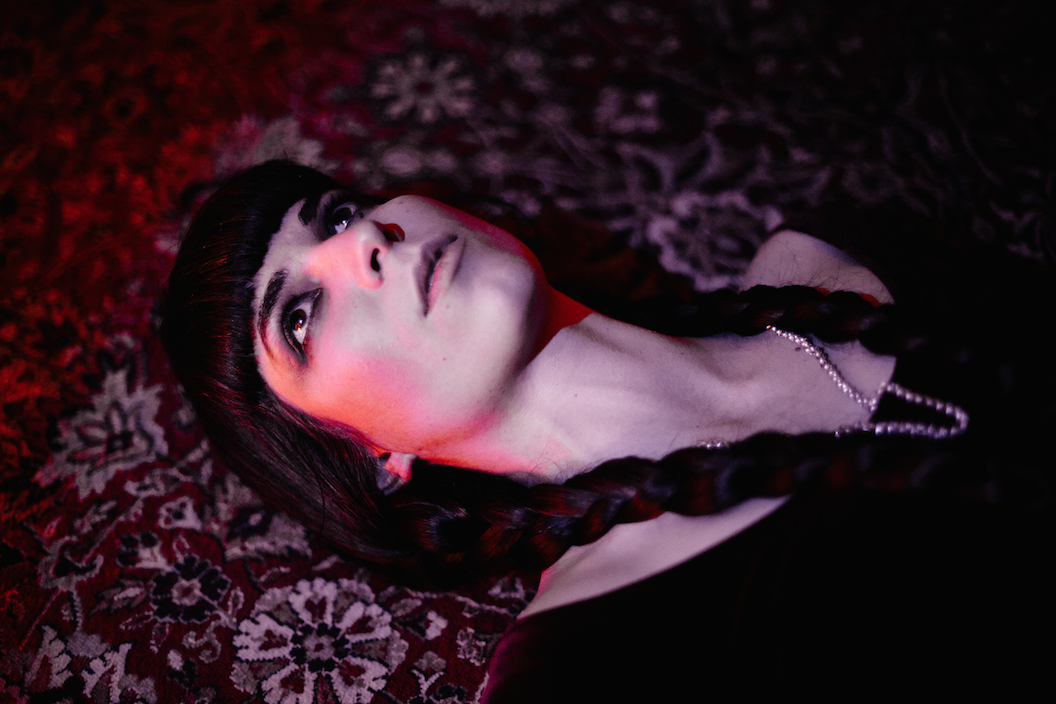 Louis Brennan kicked us off with a set of cutely constructed acoustic numbers, tussling with some of life’s intractable concerns. Topics as unwieldy as white privilege, erectile dysfunction, and drinking on antidepressants were confronted with consummate song-craft and wry observation. The Dublin-born songsmith charmed a diffident Dalston crowd at The Servant Jazz Club with a lightness of touch and a rich baritone.

And finally Candice Gordon, recently anointed as ‘one to watch’ by the crown prince of blitzed balladry, Shane McGowan, who produced her 2015 EP Before the Sunset Ends. But where McGowan seemed to consciously retool the tropes traditional Irish folk music and 19th century Irish poetry, Gordon immediately evokes something quite distinct, a vision that is abstract, mystical and somewhat American.

In opening number ‘Smoke in the Air‘ her voice hammers through a wall of thrashed guitars, drums and a wash of electric violin; "Your body is here…Your mind’s in the ether, your body is here. Which is the dream? This or the other one?" Somewhere between Grace Slick and Patti Smith her voice rises; resonant, expressive and wielded with an almost theatrical discipline. And yet it always flirts with a loss of control, occasionally cracking like a whip with a Siouxsie Sioux whelp, a carnal howl.

The ontological musings continue in ‘Hive Mind (Automaton)’, the second track from her recently released debut album Garden of Beasts (on Proper Octopus). "My conscience was an effigy... We are the machine - not the operator." The apparent naivety of these calls to arms earns a compelling charm amidst the unabashed melodrama of the music; ritualistic, ululating chants rumble beneath her towering vocal, lathered over a jangling, unsettling ostinato riffs. The repeated lines swirl, rotating and repeating hypnotically like a whirling Sufi.

Her 2015 debut single ‘Smoking like the Barrel of a Gun’ and ‘I Belong to the Night’ are vintage seventies New York stompers Johnny Thunders could have penned (though it's hard to imagine him writing anything down). Then ‘Nobody’, a driving rocker evocative of lost, leathered drives across sun-scorched panhandles. ‘I’m Nobody’ is the repeated refrain, summoning Odysseus and Polyphemus, the traveller’s need for anonymity, to leave her troubled past behind.

The numbers are interspersed with (dare I say it? I must) Lynchian interludes ‘A Herd’ and ‘Flocks’, intriguing doom-laden soundscapes, aching drones of dueling flutes and violins projecting wild morasses, forbidden pleasures, and ravaged innocence.

In ‘The Goddess of Mercy’ Gordon’s Romantic drama reaches its height; "You are prostrate on your knees, one of the the very desperate many seeking redemption and release, when you stare into the void, the void stares into you… I want to go where no one goes, I want to dance among the shadows."

And yet, despite Gordon’s flirtations with Poe-inspired imagery, she avoids the limiting Gothic sobriquet due of the rich idiosyncrasy of her music. The rapid gear changes in the final songs of her set exemplified her broad influences; ‘Freedom, a Beautiful Illusion’ is a grand filmic gallop through hot sand and isolation followed immediately by gentle sweetness of Golden Dreams, and the PIL-esque caterwauling of ‘The Kids are Alt-Right.’ Gordon has the rare combination of powerful, economical songwriting ability and a vocal magnetism that demands to be heard.

Candice Gordon’s debut album Garden of Beasts is out now.