Plague Vendor, Love Buzzard and Chest Pains all in the games room at Brudenell Social Club on a Sunday night for free? Yes please. 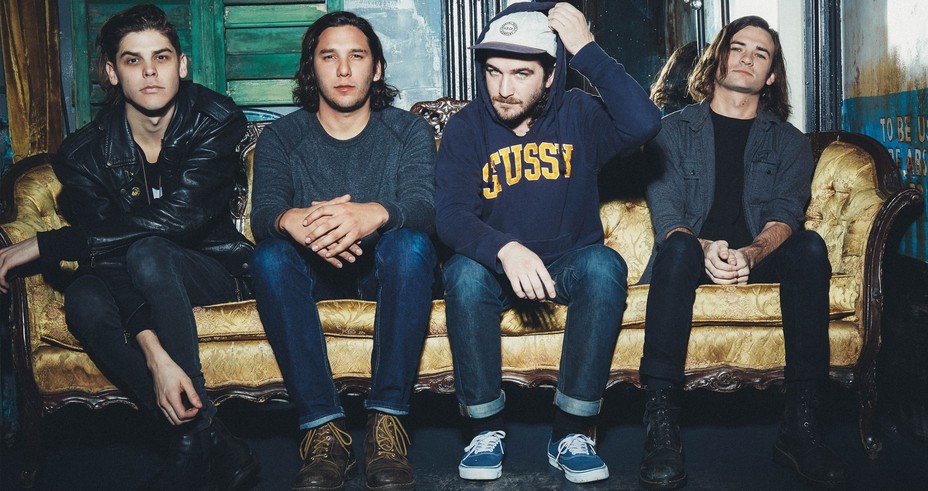 Plague Vendor, Love Buzzard and Chest Pains all in the games room at Brudenell Social Club on a Sunday night for free? Yes please.

Chest Pains are a young band with a mature sound: their hooks scream out a surf groove while their fuzz-coated vocals and simple lyrics throwback to a sixties rock n roll Summer haze. These guys are making quite the impact on the Leeds DIY circuit, having recently supported Diet Cig at Headrow House, Dilly Dally at Brudenell and headlined a Basement Brawl – which was quite literally, a brawl in a basement – only last week. Despite the unfortunate slow start, latest single ‘Cigs n Sarnies’ is an obvious hit that will force the band into the spotlight. The unambiguous confessions of, “spending all my money on cigarettes and sandwiches” captures the sunny Californian rock n roll sound so perfectly that you forget that this track was actually created in rainy North Yorkshire. Keep an eye out for these guys, they may be onto something.

From a carefree four-piece, to an intense, garage-rock duo – the transition into Love Buzzard is surprisingly seamless. Luring the crowd in with their incessant noise and underlying blues after just one track, the duo are already crashing through expectations. With no set-list, shouting to one another what to play next, everything feels honest and effortless. ‘Cash’ and ‘Superglue’ are stupendous live and inflame a new love for the duo. It’s a glorious 30-minute racket that begs the question: what’s the point in having more members when you can be so inventive and so loud with just two?

Plague Vendor have earned their reputation as a live act, and quite rightly so. From the off, the four-piece are electrifying and unpredictable. ‘Jezabel’ uncovers frontman, Brandon Blaine’s beastly side as he prowls through the crowd, circling his prey, whereas ‘Ox Blood’ sees the band manipulate their cruel and vicious sound into something sweet and tender. This consistent change of direction is what makes their show so thrilling; there’s no hint as to which path they’ll follow next. Add to that anticipation an interlacing of blues and occasional flushes of garage and the crowd are in the palm of their hands - regardless of how few are in attendance.

Highlighting them as the great live band they are, the set is short but sweet, leaving both the crowd and the band yearning for more.