CHILDCARE’s urgent and addictive single ‘Kiss?’ has now got an equally charming visual accompaniment. It's art-pop played by punks. 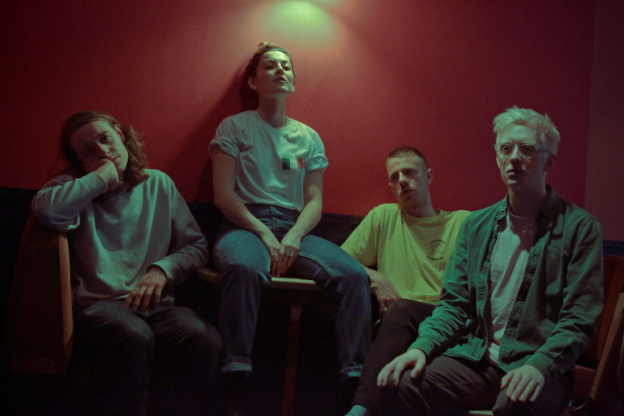 CHILDCARE’s urgent and addictive single ‘Kiss?’ has now got an equally charming visual accompaniment. It's art-pop played by punks.

You’d be forgiven for jumping to Metronomy influence conclusions based on the first moments of ‘Kiss?’ but as you meander your way through the track the squawking in the guitars and the youthful confidence haul Childcare back into their very own pigeonhole. The track is anthemnic, exciting, and just the right amount of creepy.

We’ve had a sneaky peak at some of their upcoming tracks (lucky us) and it takes any concerns of an overriding premature-nostalgia theme (lyrics about playgrounds from a band called CHILDCARE) outside and shoots them in the back of the head. More prickly riffs, unexpectedly pretty vocals and no more mention of monkey bars.

Before I do them a disservice, frontman Ed is actually a nanny. He formed the band after a six year old that he looks after heard him humming and told him to. They're not just into playgrounds.