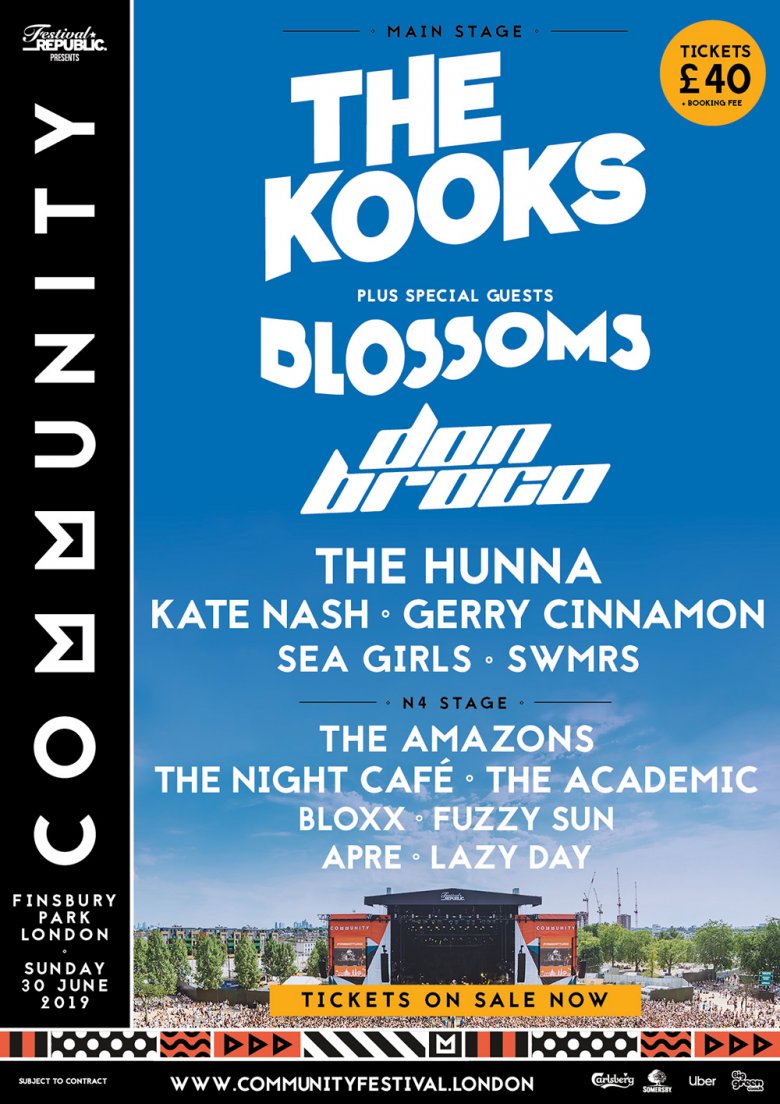 It seems that the threat of, and still-very-much-on-the-cards, Brexit is already having an effect on our weather. While the rest of Europe has been basking in glorious summer sunshine, Britain has been having its own appropriately bleak weather. At the time of writing this festival preview, it is the summer solstice, the longest day of the year. From now on the days will start getting shorter. Winter is coming, and the head white walker looks like he could be our next prime minister. Maybe we will have an 'Indian summer', but I've been in India during the summer and it's usually accompanied by monsoons. Given that we've had almost monsoon-level rain over the last couple of weeks, maybe it just came early.

Let's face it, what British "summer" festival wouldn't be complete without at least one torrential outburst? Download Festival must be surely considering changing its name to Downpour, especially after last week's deluge. And this year is the 50th anniversary of Woodstock, the mother (now a grandmother) of all festivals, which was just as famous for its mud as it was for its stellar line up and its acid-fuelled love in.

After spending three days in a sea of mud at Kendal Calling last year, which was a great festival apart from the weather, this year I decided to swerve the major outdoor festivals that involve camping. I'll admit it, I'm getting soft in my old age. Also, I'm at festivals to work so don't reach the drunken stupor that makes me oblivious to the surrounding conditions. So, I was on the lookout for something a bit closer to home where I can actually sleep in my own bed at the end of the day instead of being huddled up in a tent trying to keep myself and my cameras out of the rising water. British Summer Time in Hyde Park was an option, but the line-up was way too middle of the road. I may be getting old, but I still have certain standards. Even the two days for "the kids" are pretty tame. At the other end of the scale, the Roadkill Records Festival at The Victoria in Dalston on (10-11/08/19), has a killer line up of some of this country's best indie and underground bands, with Raw Meat doing a DJ set on the Sunday, but, sadly, I'm away while it's on covering a festival in Canada (with a proper bed to sleep in). But bang in the middle of those two extremes sits Community Festival in Finsbury Park.

For one day only, 30.06.19, some of the UK's top indie bands are playing across two stages in the north London park. Headlining the Main Stage are kings of indie, The Kooks, and on the smaller N4 stage it's The Amazons, who I first saw back in 2016, coincidentally across the road from the park at The Finsbury pub (which is always a great place to see up-and-coming bands). I also saw them at Kendal Calling last year and they always play an impressive set.

Apart from them I've not seen any of the other acts before and only know most of the main stage acts by name. Stockport's Blossoms are 6Music favourites and have a reputation for putting on a great show, as do The Hunna and Don Broco. For me, the big attraction is Kate Nash, also known for putting a wild show. Much to my shame I have never seen her perform, especially as her guitarist is a friend who I've seen (and photographed) playing in her other projects many times.

Gerry Cinnamon is a name that has been popping up a lot lately so I'm curious see him. And the Main Stage line-up is rounded off with SWMRS and Sea Girls (who aren't girls). In fact, there is a dearth of female performers on the bill, apart from Kate Nash and her band, only Fuzzy Sun and Lazy Day, who are on the N4 stage, have women in the their bands (one apiece). This is rather disappointing, especially considering how many great female indie bands are playing around London and Brighton in particular. Apart from the obvious lack of grrrl power, it is set to be a cracking day in the park.

Let's hope that summer finally makes its appearance by then and we can ditch the ponchos and wellies at home.