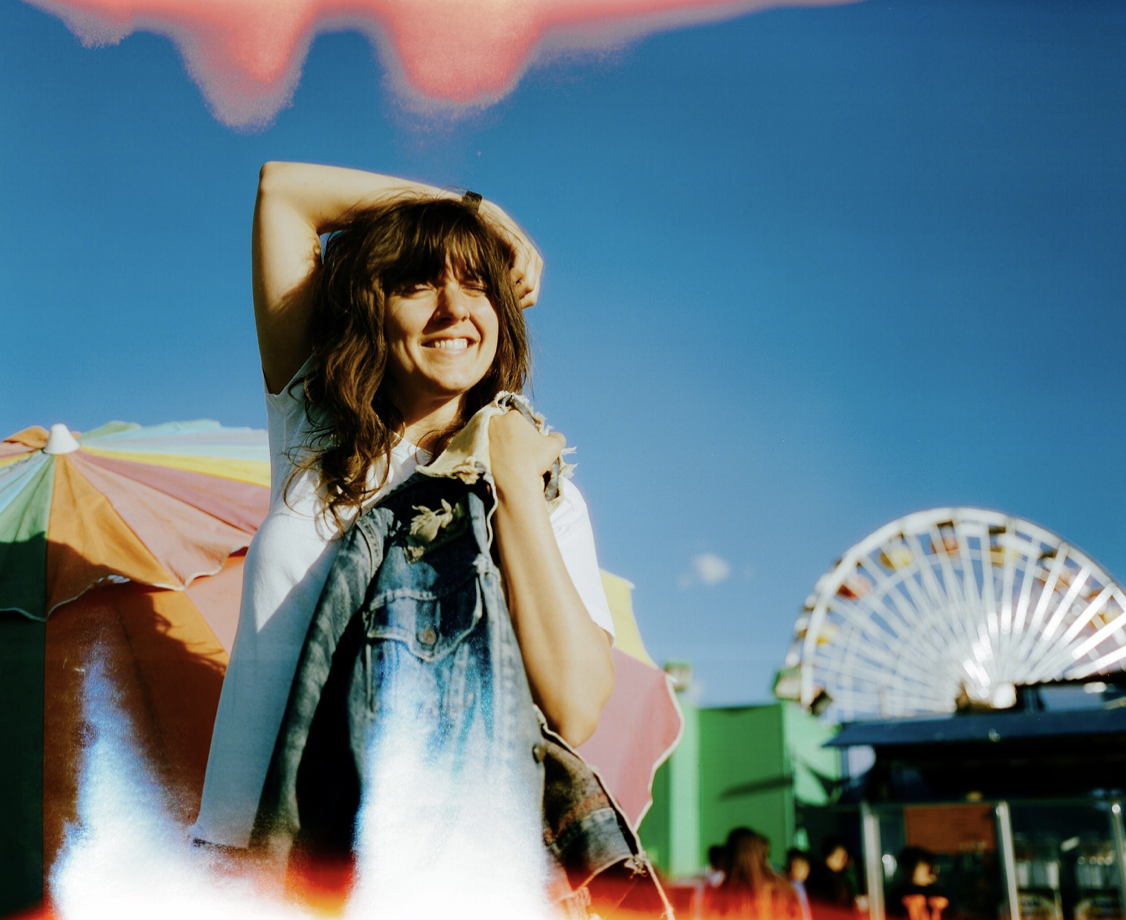 The words “Women are scared men will kill them” echoed around the Roundhouse by the 2000 packed into the Camden venue. On the floor, you'd be forgiven for mistaking this as a rallying cry at a feminist march, as Courtney Barnett tore through a 19 song set list in support of the critically acclaimed Tell Me How You Really Feel.

Since her debut Sometimes I Sit and Think, And Sometimes I Just Sit, Barnett has had time to sit and think about the tricky second album. The result left behind the vulnerable, youthful Australian singing about how much she's saved since buying a coffee percolator ($23 a week - if you're interested). Instead presenting a far more self-assured incarnation of herself, without loosing the infectious nuance that graced her previous work.

The stage is dimly lit in red as she saunters onstage. And with her now present the set-up resembles the cover shot of Tell Me How...The audience is then gifted a complete run through of her latest release – a bold move, but it pays off. The opening slurs of 'Hopefulness' could have been recorded during Nirvana's All Apologies sessions. Her voice is empowering, visceral and full of intent.

'City Looks Pretty' follows, and is a perfect example of Barnett's laissez-faire vocal style with the assistance of its scratchy guitar progression. The song's climax is a tremolo-laden stroll through the territory.

Barnett's three-piece backing band; Bones Sloan, Dave Mudie and Katie Harkin, provide the raw energy and steady backbone that invite the endearing Aussie to thrive. But for a few “thank yous” and “how you doing London”, Barnett remains fairly muted towards the crowd. Her performance, however, is anything but muted. During 'I'm Not Your Mother, I'm Not Your Bitch', she throws herself around, possessed, with a mesh of sweaty hair masking her facial expressions. Her guitar is drenched in fuzz and angst whilst she runs across the stage erratically – never missing a single note as she bellows the song's title repeatedly.

The conclusion of the incisive Tell Me... is the first time the tone is lowered from hard hitting, grunge-tinged rock to the subtle, watery sounds of 'Sunday Roast'. Playing a record in full has become commonplace for heritage acts trying to cash in on former glories and presenting a new release in it's entirety could go either way, but as the embers of 'Sunday Roast' die down, the reaction of the crowd is testament to the strength of her latest offering.

The remainder of the set is a string of hits from Sometimes I Sit... and The Double EP: A Sea of Split Peas. Kicking off with a warm rendition of slow-burner 'Avant Gardner' and peppered with her witty observations of living in the suburbs. Soothing and majestic, it begs the question; where does she hide the animal that just minutes ago was screaming, “I could eat a bowl of alphabet soup and spit out better words than you”. What's most alluring about Courtney Barnett is how she teeters on the line between, “everything's going to be ok” and, “get running mother-fucker, I'm going to eat you alive”.

After the wistful 'Small Poppies', 'Depreston' sparks a jubilant mass sing-along and not even the mane draped over her face can hide the warm grin as she strolls off stage, lapping up the love that's in the room. As she humbly returns to the stage for the encore, she does the inevitable and closes with 'Pedestrian at Best' in all it's hooky glory.

One thing that's clear is that Barnett's new direction and (judging by) her performance tonight, she's a determined woman on a mission with her sights set on domination. Less than a week after playing to 30,000 people at All Points East Festival (prior to none other than Patti Smith and Nick Cave) the odds are well and truly stacked in her favour.