Nineties aesthetic is something that Desaparecidos' new track has in bucket loads. New album Payola is out 22/06/15 on Epitaph Records. 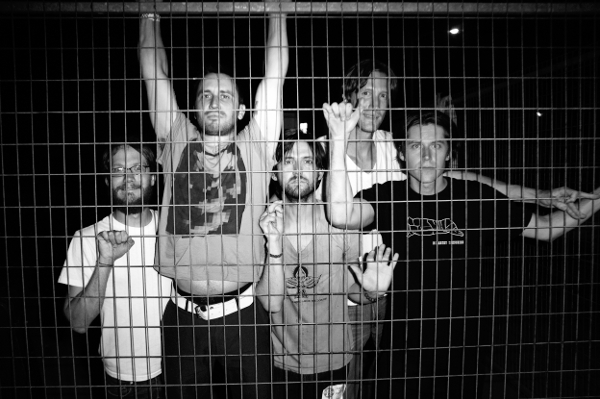 Nineties aesthetic is something that Desaparecidos' new track has in bucket loads. New album Payola is out 22/06/15 on Epitaph Records.

Nineties aesthetic is something that Desaparecidos' new track has in bucket loads. Their first release after a 13-year break, 'City On the Hill' has an explosive video, poking fun at the fragility of American pop culture.

Desaparecidos' raw, angrier sound compliments the abstract social commentaries in their lyrics and that's what makes this song such a powerful track. There's a lot of discussion of how America's history, and elements of their society, are taken from other countries and cultures; “All the stolen melodies they played in the hit parade / All the borrowed spirituals” Ideas that are reflected in the video.

The band's comeback album (out 22/06/15) is just as packed with political issues as the single. Payola is set to be a scorcher, with seventies/ eighties punk influences and elements of early eighties pop.

You can see them live at the below dates: