The days are longer, the clouds are thinner, and the sun is creeping back into our lives; so let's all wear black and go inside. 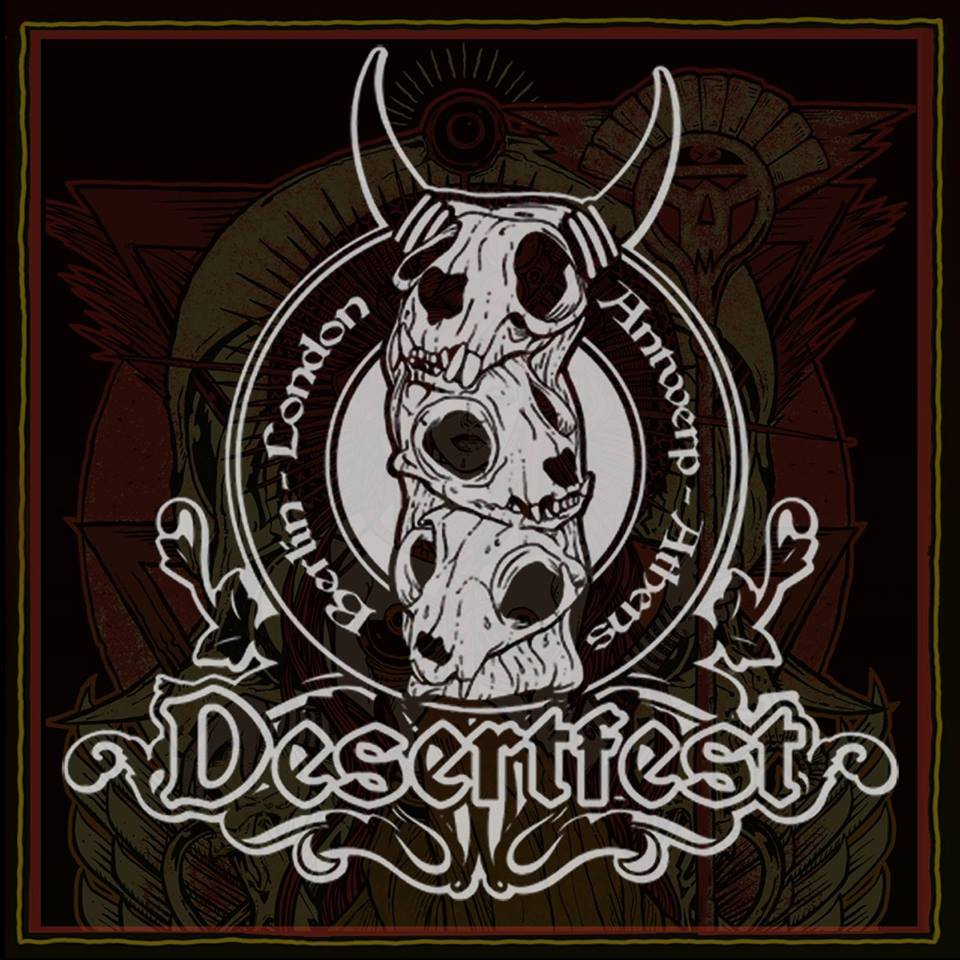 The days are longer, the clouds are thinner, and the sun is creeping back into our lives; so let's all wear black and go inside.

It's that time of year again where we kick off festival season with a joyous celebration of doom, gloom and/ or sludge. Come feel Camden's pavements rumble.

This year we're very excited to see the return of our Canadian crushes, Chron Goblin. We first saw the boys play back in 2013, when these loveable stoner rockers won a competition to play the festival. They impressed the organisers so much that this time they've been personally invited to play the official after party. They're incredible live, melting killer riffs, stomping beats and power-punch vocals. Stay conscious just for this show.

The stonking three-piece Vodun will be swirling caramel vocals through unbelievable guitar work and drum beats that are nothing short of violent.

We'll also be checking out the gargantuan riffs and ethereal vocals of Brume. Featuring ex-GURT axeman Jamie McCathie and flawless performances from front-woman Susie M, these doom-mongers will knock your literal and figurative socks off.

We know the line-up looks incredible this year, with all the top-of-the-bill names you'd hope for, but to highlight another slightly lower hitter - check out Grave Lines. Made up of charming characters from Dead Existence, Sea Bastard, Throne and Casual Nun, this bunch had this to say about Desertfest:

"Grave Lines are super stoked to have Desertfest London 2017 confirmed as our first major festival! We’ll be bringing our slab of sound to the stage as a catharsis from the pain and sorrow of human life and the bleak void of the mental condition. So we intend to dish out spoonfuls of woe, but thread it between the most succulent and thunderous low-end riffs we can bloody well muster. It’s not all doom and gloom, but rest assured we aim to dish out a sizeable fuckin’ chunk of heavy!"

As ever, there's loads to try and catch, but this year the clever Desertfestian, Theo has created a Clashfinder for you guys to plan your destruction effectively.

As will all metal-skewing festivals, the buffet of absurd band names is piled high. In fact this year has offers up some of the most incredible contenders for the Raw Meat Award for Most Ridiculous Band Name, we've ever seen. I think we can safely say that Most Inappropriate Band Name goes to Turbonegro; an all-white Norwegian/ British death-punk band. But that coveted ridiculous title is harder to decide. Special mentions go to Pigs Pigs Pigs Pigs Pigs Pigs Pigs and Chubby Thunderous Bad Kush Masters for obvious reasons. But for the top tier we were touched by an emerging food theme, and so in second place is the excellent Terminal Cheesecake, who, although amazing, still narrowly lost out to the almighty champions, Dead Lettuce. Well done guys. See you on Saturday 29th.

Even though we'd love you to be at Desertfest with us, we're pretty cheap. So if you fancy some weekend tickets to Desertfest along with some Orange Amp freebies you're going to have to enter a little competition.