Alt rock trio, Dinosaur Pile Up, prove that three is the magic number with their third album Eleven Eleven, released 16.10.15 via So Recordings. 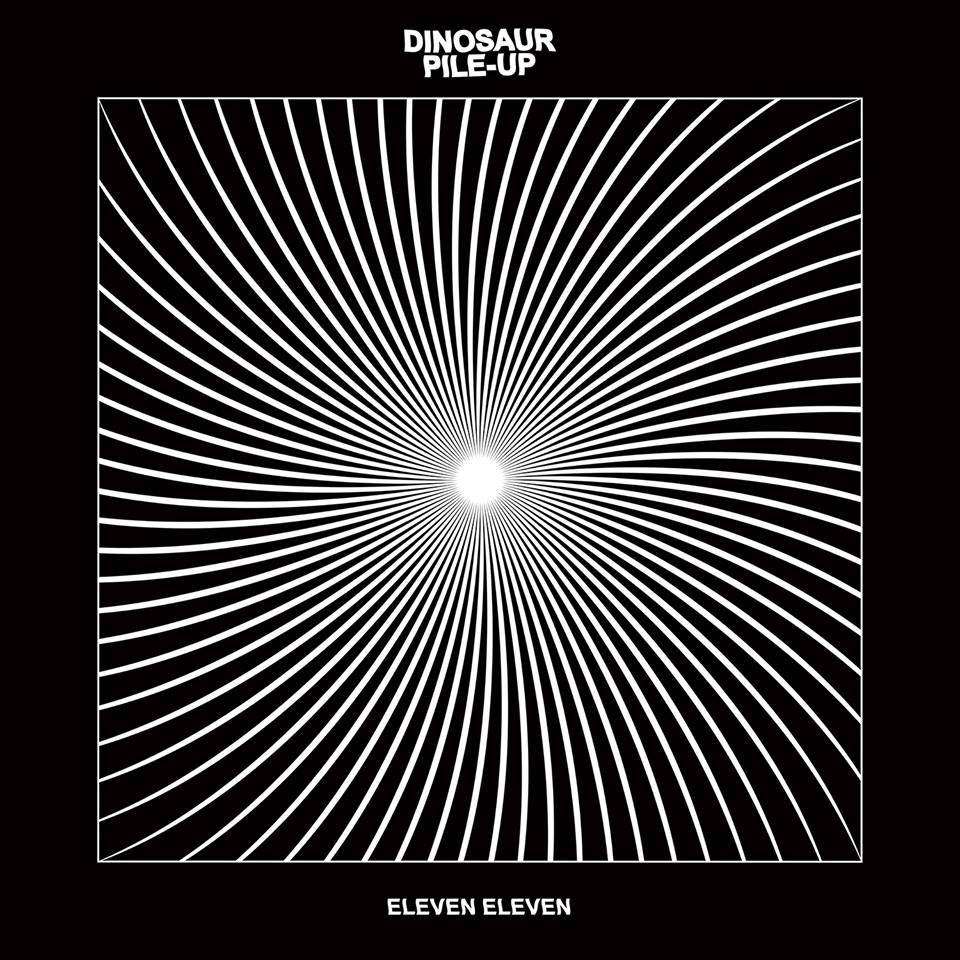 Alt rock trio, Dinosaur Pile Up, prove that three is the magic number with their third album Eleven Eleven, released 16.10.15 via So Recordings.

For anyone following the trio, it’s been made pretty clear that this album will be different. Even before the earth shattering title track ‘Eleven Eleven’ was released, fans had a good idea that this record would be whole worlds apart from what’s been released previously. Eleven Eleven sees the whole band bang their heads together to create the riff-fuelled record, instead of guitarist and vocalist Matt Bigland writing and recording it single-handedly as before. Add to that the finesse of producer Tom Dalgety and what are the results? Dinosaur Pile Up just got a whole lot better.

Eleven Eleven makes an impact right from the off; title-track and first release opens up the record with a bold statement both lyrically and musically. The riff at the heart of the track marks Dinosaur Pile Up’s new sound, whilst Matt’s audacious screams of, “ELEVEN ELEVEN” shows the band aren’t taking any prisoners. The no-nonsense, no-bullshit attitude continues to be a theme in each track, alongside the heavy rock riffs and raucous drums as heard in singles ‘Grim Valentine’ and ‘Red and Purple’.

Dotted throughout the album are songs designed to stop people in their tracks, and none do this more so than ‘Anxiety Trip’. Erupting with an almighty roar of drums and guitars before falling into Bigland’s soft vocals, ‘Anxiety Trip’ becomes a masterpiece within a matter of seconds. Before building back into the ground-shaking breakdown that opened the track, Bigland utters, “I’m different but I don’t care” allowing the very ethos of Dinosaur Pile Up to really shine through. ‘Bad Penny’ is a smack in the face, full throttle, break-neck speed badass rock record that will easily become a favourite for the heavier DPU fans. True to their style; Eleven Eleven is diverse and universal – it’s as heavy as Sabbath but as friendly as Foo Fighters. ‘Might As Well’ throws light onto a softer side of the band and final track ‘Cross My Heart’ cracks open the nostalgia with Bigland’s heartfelt vocals as he sings, “cross my heart and hope to die for you…”

In some ways, Eleven Eleven feels like a complete distinction from Dinosaur Pile Up’s past, and in others, it feels like a continuation. It has the guts that debut, Growing Pains had, placing them on the scene, and it has the polished gleam of Nature Nurture that established the band across the globe. Ultimately, what this record has over the rest is a trio of equal talent working together to create a mind-blowing record. Eleven Eleven is Dinosaur Pile Up at their best yet.