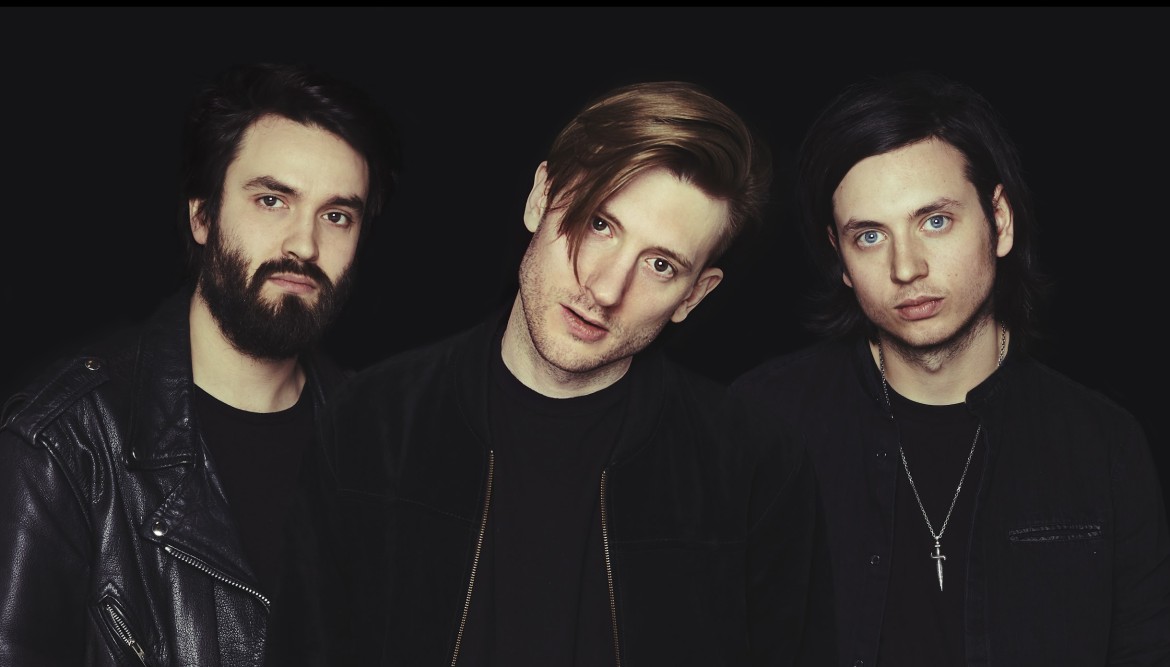 It’s difficult for me to write a review about Dinosaur Pile Up without becoming over-whelmed, emotional and slightly unprofessional. Whenever people give me tips on writing, they always say to “put your own stamp on it” or “give it a bit of you” – and for anyone that knows me, they’ll know that DPU are a huge part of what makes me, me. Everyone has that one band that makes you feel like you have a best friend just by listening to them, everyone has that one band that they can laugh and cry to and everyone has that one band that they will never, ever give up on – no matter how often people tell you they’re shit or that they’re earlier stuff was better. For a lot of people around about my age (or for a lot of people who become as emotionally attached to bands as I do), the band You Me At Six or My Chemical Romance are most likely your port of call, I guess (pfft, I don’t know, I’m not clued up). But for me, it’s always been Dinosaur Pile Up.

Being such a mega-fan for a band with only a few people that seem to give a shit can become frustrating at times. It’s saddening to watch a band you believe in so much, achieve such a small amount in comparison to other bands that are, let’s face it, pretty fucking awful. The first time I saw Dinosaur Pile Up live back in 2013, the cold and empty atmosphere made it feel like those who were there, didn’t really care. Comparing that to the electric atmosphere of Key Club on Saturday and you wouldn’t think it was the same band. The copious DPU t-shirts and ever-growing crowd made it feel like we were awaiting the return of the ultimate modern rock trio, Biffy Clyro; not a band that has just over 7000 Twitter followers.

But the Leeds show helped prove that none of that stuff really matters anymore. The response to openers ‘Red and Purple’ and ‘Grim Valentine’ from their brand new album shows that people that follow Dinosaur Pile Up are in it for the long haul – they’re not waiting for tracks from their debut album in order to go mental… which is what I was expecting. With a moshpit starting from the off, the night is only going to get better. Flicking between their slicked and polished riffs of Eleven Eleven to their grunge days of Growing Pains comes at an ease to the trio, just as easy as it is for the crowd to scream until their throat goes hoarse to ‘Peninsula’. Matt Bigland’s fiery vocals bring to the forefront why DPU maintain such a solid place in people’s hearts – every word that he sings, he means it. And singing “be what you want, say what you feel, do what you please, take what you got, do it whatever” with a crowd that mean it just as much as Bigland does, causes a tidal wave of emotion and euphoria. Add with that his solo of the heart-wrenching ‘Derail’ and it’s enough to make anyone choke up.

Dinosaur Pile Up weren’t lying when they said that they made Eleven Eleven to sound like what they’re like live. Whether it’s due to the fact the band finally have a stable line-up, or because the band have reached their full potential – their live performance has become unstoppable. Every track from their new album sounds gloriously heavy and only encourages more pushing and shoving from an already rowdy crowd. “We’re gonna play our favourite song off the new album,” announces Bigland before launching into the mind-blowing ‘Anxiety Trip’. Bigland’s rockstar persona is in full swing, Mikey Sheils’ ridiculous drumming skills are unmissable and Jim Cratchley’s meaty bass holds the set together. Declaring that ‘Nature Nurture’ would be the final track of the set rouses the crowd into a frenzy causing crowd surfing and stage diving galore (cue an appearance from Tom Hudson and James Brown of Pulled Apart By Horses). Returning with a three-track encore; Dinosaur Pile Up are finally treated like the rockstars they really are.

Singing along to a band with a crowd of 200 other people that all understand the depth and brilliance of Dinosaur Pile Up, made their set in Leeds an incredibly special one. Their tracks are buried with meaning and coated with a hard layer of gutsy rock, and when that’s translated as well live as it was at Key Club, then it makes for the gig of a life-time.