Is this a music video? Not really, but Eaves is a musician that renders me speechless. 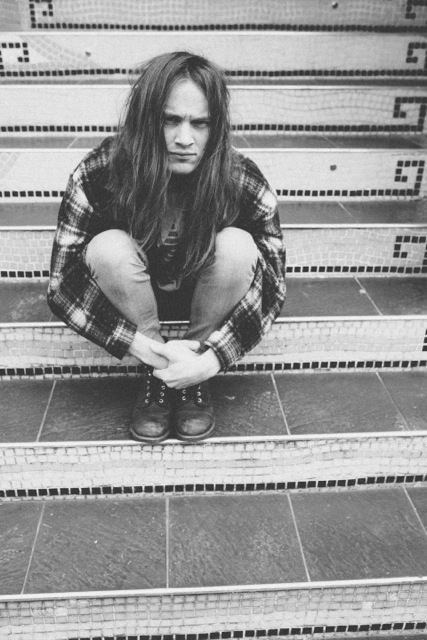 Is this a music video? Not really, but Eaves is a musician that renders me speechless.

I wouldn't be doing my job if I wasn't desperate for everyone in the world to hear his music, and have the opportunity to form their own opinions on him.

The first track I heard of Eaves' was 'Timber', which immediately drew me to comparisons with Elton John, Carole King, even Bruce Springsteen; classic, timeless artists - not under-25 and living in Leeds. It's the second track from his debut EP, As Old As The Grave, released last month on Heavenly Recordings, and it's precisely the timelessness of his song writing that gives the music it's startling originality.

'Alone In My Mind' also carries the weight of the ages. It's darker than a sea shanty, less complicated than traditional English folk, and more dangerous... more ominous than anything that might come under the (bizarrely named) acoustic genre label. The only song I haven't mentioned that features on his debut EP is its eponymous hero. 'As Old As The Grave' gives the biggest indicator of the potential in an Eaves band, and because of it's instrumentation and waves of cymbals, I can't stop myself thinking about Jeff Buckley. To be fair to both Buckley and Eaves, the comparison ends with the emotions they conjure and flawless vocals - their only other similarity is their fierce individuality.

Eaves is currently finishing his debut album with producer Cam Blackwood, which I will be eagerly awaiting in the Spring of 2015. Apparently we can expect both grand-scale tracks recorded with a full band and more of the starkly beautiful piano / vocal / guitar solo that grabbed our attention in the first place.

To me, Joseph Eaves feels important, and I believe the number of listeners that feel the same will grow and grow.

You can see Eaves supporting Philip Selway at the following dates: