After a small hiatus from frantically making music, Fat White Family are back. This time with shaved heads, hypnotic vocals, and camouflage for days. 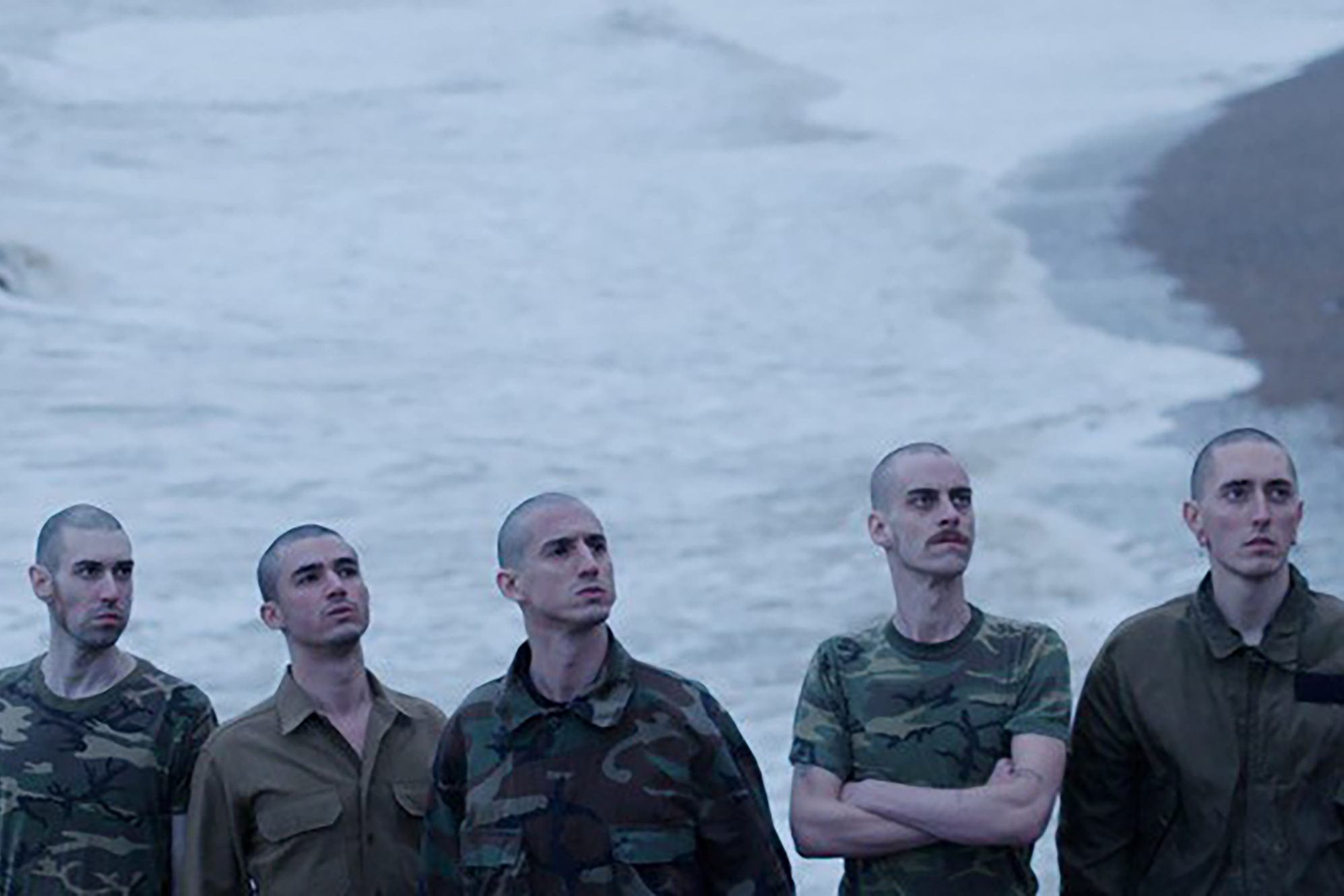 After a small hiatus from frantically making music, Fat White Family are back. This time with shaved heads, hypnotic vocals, and camouflage for days.

‘Whitest Boy On the Beach’ is everything you know about the band, but a little wiser. It's a great reintroduction to their music, as they partner up their old tricks with interjections of experimental electronics and psychedelic influences, charting the bands' growth.

The video shows gritty scenes of young men losing their identities to join the warped army of a dystopian Britain. The progression of the intensity of the music and transition shots of the misguided soldiers in the video make for a chilling experience. The song and video are both hard hitting gradual pieces, with a guitar line that carries you through the track before turning the whole song on its head.

Fat White Family's second album, Songs For Our Mothers is released by their own label Without Consent, on 22.01.16. They also begin touring early next year.