We sent the unimpeachable Keira Cullinane to capture the hugs, sweat and beers of Fluffer Records' all-day July Pit Party. Featuring JAWS, PINS and a bunch of lower-case bands. 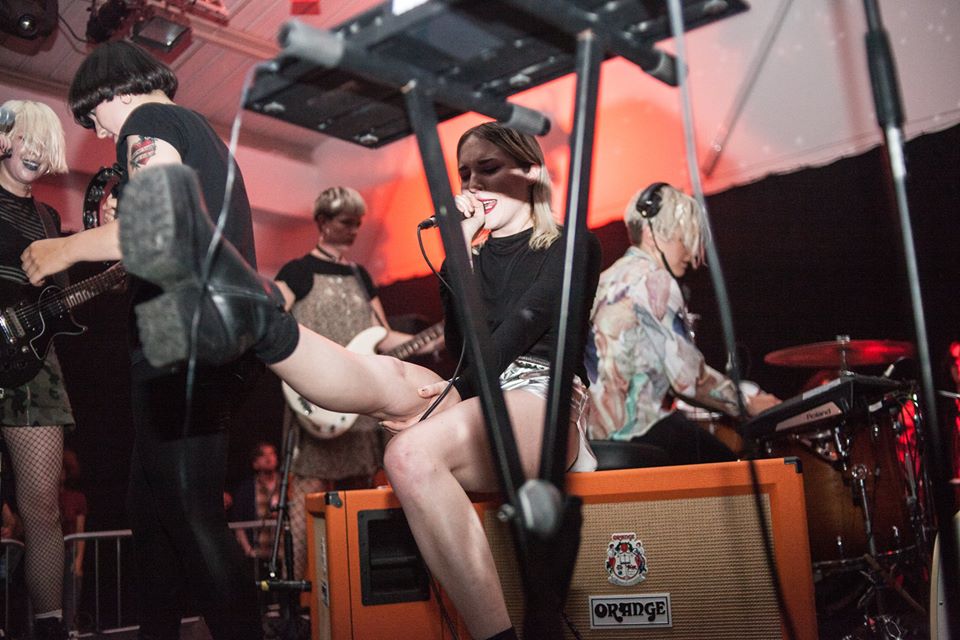 We sent the unimpeachable Keira Cullinane to capture the hugs, sweat and beers of Fluffer Records' all-day July Pit Party. Featuring JAWS, PINS and a bunch of lower-case bands.

The day kicked off with Human Pet and their sludgey, politically minded mud-punk. Let's all listen to it while looking through Keria's eyes.

Insanely energetic and as squawky as they are riffy, it's worth listening to Bo Gritz if just to appreciate the relationship between the bass and drums. They could teach classes on the punk art of inter-weaving. I would attend those seminars.

After Keira had to surface for air briefly, she was back at the barriers for Raw Meat darlings, Atlas Wynd. Just listen to that. Although seemingly lighter on the surface, their sound straddles decades of distortion; swirling sixties bleed into power-stance seventies and skin-tight eighties.

As the day stepped further down into the depths, the psychedelic cacophony of Phobophobes came as a welcomed guiding kick. They also represented an exciting development of Fluffer's line-up choices, feeling a little less of just 'we like loud, we play loud' and a little more variation and exploration. In our humble one, Phobophobes are one of the most charmingly odd and dramatically dissonant bands out there at the moment.

The descent continued with the shattering alt-rock of Spectres. Their violent new album Condition came out in March of this year, and marked a decided step towards the abrasion of electronica.

After another quick daylight break, Keira was back in for the penultimate act, PINS. Their grumbling garage vibes and shimmering vocals tore through the otherwise entirely male line-up like a hot knife through tired butter. And their performance was like watching a gleeful stage-invasion.

JAWS, or The Band That Only Get Younger headlined the incredible pit party prospectus. Possibly an unexpected choice to place their dreamy indie atop an otherwise raging ramshackle line-up, but, again, this says more about the reach and scope of Fluffer than the day itself. The band's latest record Simplicity is out now, and sees them continue on their trajectory to taking things a bit more seriously. Gone are the days of underage gigs and miming rolling joints in between songs to their mates. Headline slots abound.

All images are by future photographic legend Keira Cullinane.