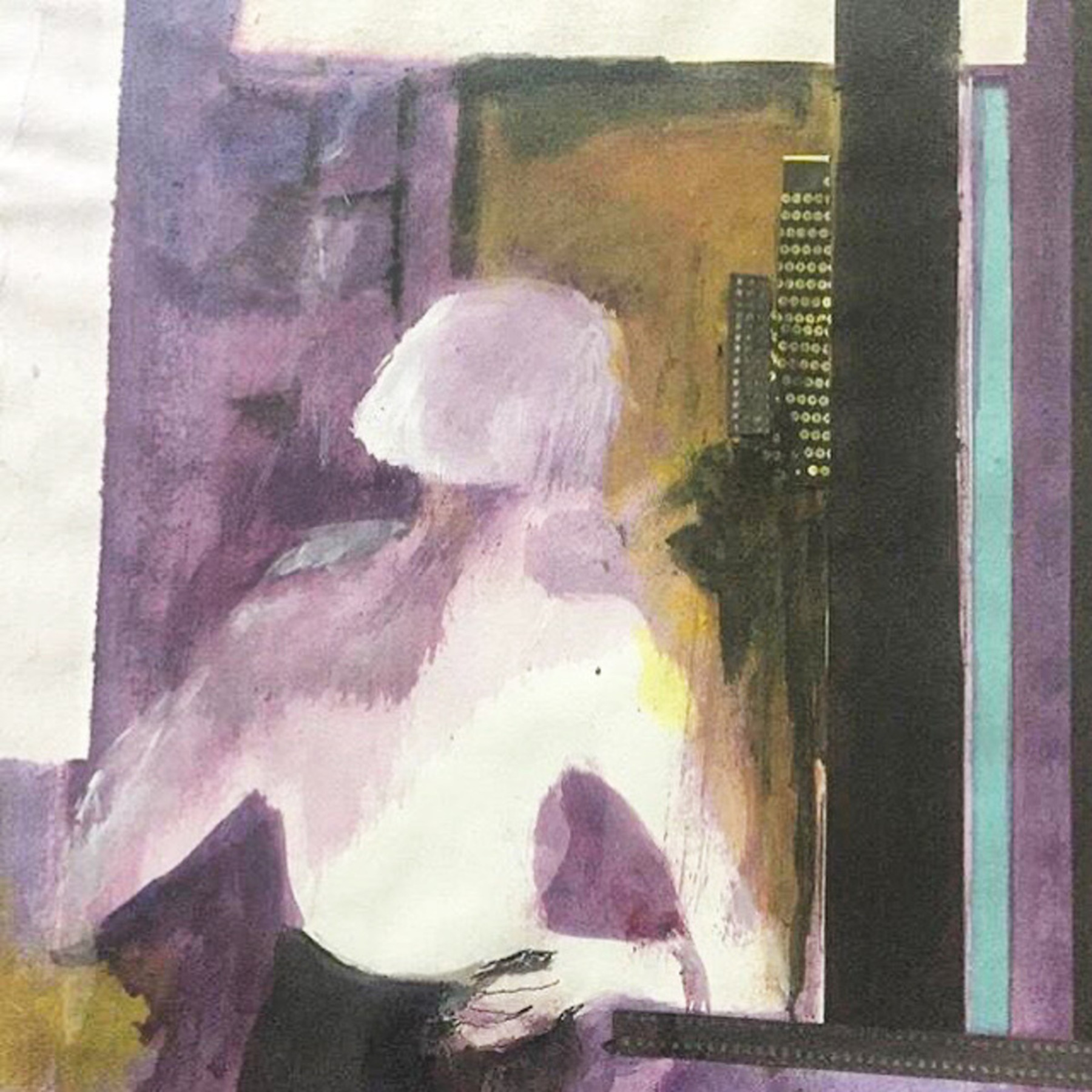 Gold Baby write breathy pop with grunge bones, but in latest release 'Versailles' there's a slight departure. Written and recorded through lock down, the band had to conjure their usual magic alone. Leaving us with a glimpse at their softer, frankly beautiful, underbelly.

RAW MEAT: Ok, tell me how you’re doing? How are you surviving 2020 so far?
Siân: Woah, opening with the most difficult question. Our 2020 is... 2020ish! We are three self-employed people just about making it through, and I think like a lot of people we've found the lows have been balanced out by appreciating things we often take for granted - being healthy, for one. I personally feel lucky to be in a good place with my mental health this year and to have found ways to stay grounded, but equally worried for the wider community, particularly kids growing up through this. I work in schools and I'm so glad that kids now have a semblance of normality again.

‍Tell me about the remote recording - how did you do it?
Scott: Sian wrote the song and we’d played it a bunch of times. So during lock down I started out putting together a structure with programmed drums and synths but once the rest of the band added their parts the programmed drums felt too rigid so as soon as lockdown restrictions eased I decided to get my friend Seb to record me playing real drums and to match the organic feel of the song.
Siân: Yeah, those first drum parts were cool, but slowly the song evolved. When we started, we just wanted a way to stay creative together and connected. We started off doing it just us three but eventually got Ian Flynn on board to mix and master it - he produced our last few singles.‍

And in terms of creating remotely, what did you love, what did you hate, what would you maybe take forward to the next record even if we’re not all stuck indoors!?
Scott: I loved playing the drums and adding it in but you can’t beat recording as a group to get more of a live band feel.
Sara: I liked that I could take my time and play around with the parts without having annoyed band members getting impatient, haha. And what I didn’t like was to miss out on the really nice group experience and to hang out with you guys, which is the best part about recording! I also liked being able to record wearing my pyjamas...
Siân: Yeah I don't think I'll ever prefer arranging songs in this way -  I don't think anything beats being a room with other humans making music. Music is about communication and it's kind of magic tuning into each other's ideas with your instrument in your hand. That said we were still using music to connect, just with a different structure and process, I guess.

‍What can you tell me about the EP at this stage? Is there anything like an over-arching theme or narrative at all, or is it more of a snapshot of where you are right now?
Siân: The EP will be released in the early months of next year and that feels too far away - we're dead excited about it. We have a name, some artwork, a couple of music videos (which we've never done before!) and some other fun stuff to go with it. There is an overarching theme, but I'm reluctant to say too much at this stage. I would love to say it's because we want to build suspense, but mostly it's that I haven't tried putting it down in writing yet and I don't want to do it an injustice... Maybe I'll give you some clues... Space travel? Rabbits? The Old Man & The Sea, Californian ghost towns... Cinderella?‍

Sara: Past - Rid Of Me - PJ Harvey
Present - Can’t Fight - Lianne La Havas
Future - I would love another album by Resavoir...

Siân: Past - Helen Reddy died recently. I've always loved 'I Am Woman' but I've been listening to a lot more of her back catalogue, she's brilliant.
Present - I've been listening a lot to Skinned by MLBuch this week. It's so lush and vibey.
Future - I read this morning that Cloud Nothings have an album out in Feb - I'll be listening out for that!

The release of 'Versailles' is supported by HelpMusicians.