Guerilla by name, guerilla by nature; the new album from Guerilla Toss, Eraser Stargazer, is excellent, eerie, and ear-splitting. 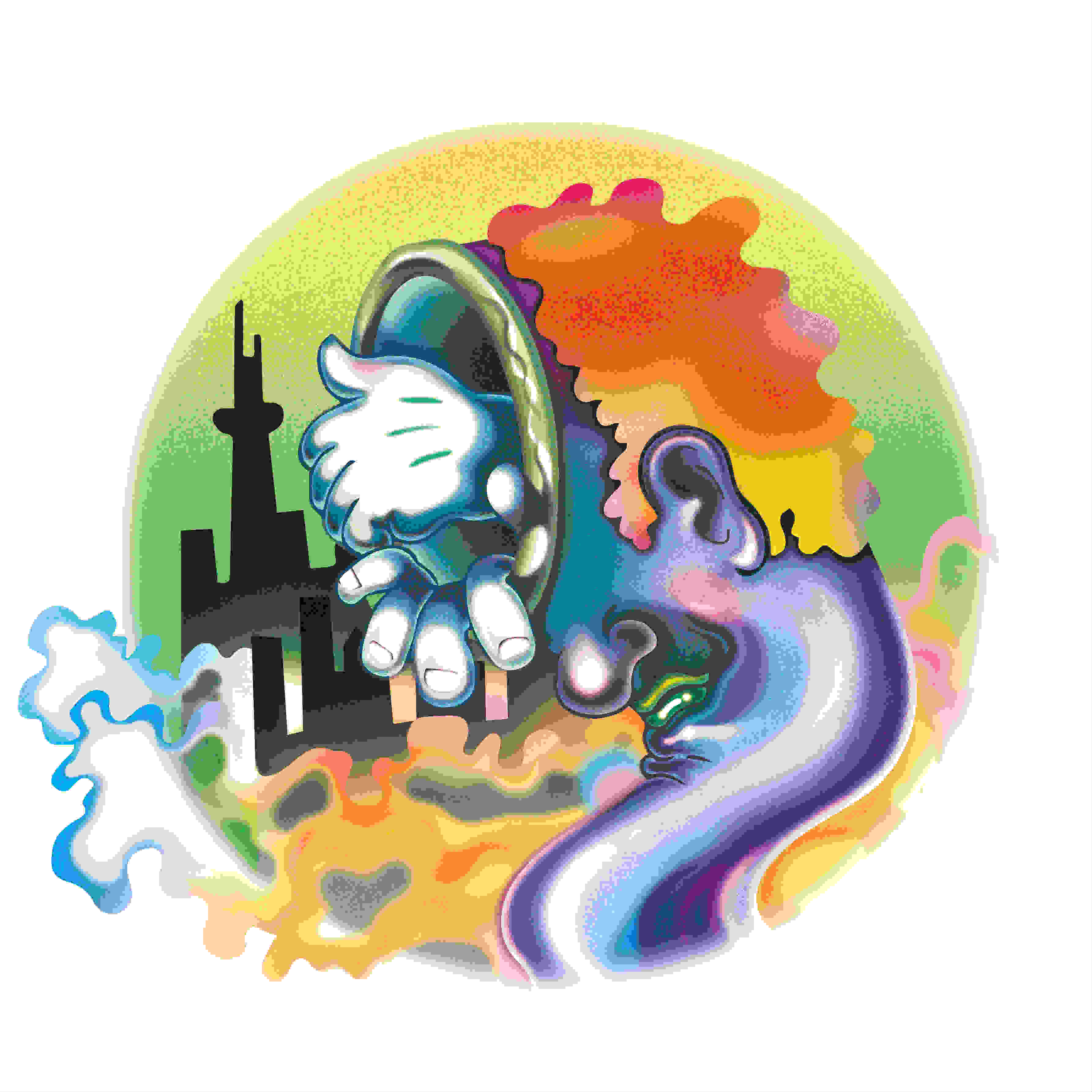 Guerilla by name, guerilla by nature; the new album from Guerilla Toss, Eraser Stargazer, is excellent, eerie, and ear-splitting.

Eraser Stargazer is saturated with sudden, unpredictable movements and divergences amongst its eclectic union of relentless punk and overtly warped electronic psychedelia.

Consistently throughout the record, the Boston band appear to have mastered the art of listener hypnotisation. From the first three seconds (in which preposterously sassy vocalist Kassie Carlson commands “You want it? Why don’t you look out the window?”), to their pensively patchwork closer ‘Doll Face On The Calico Highway’, the album could not be further from inanity.

For anyone who hasn’t been keeping up with the band previously, second track ‘Diamond Girls’ has already been put out as a single by Guerilla Toss earlier this year. Typically commandeering, this track the group’s audience remain helplessly spellbound by the band’s punchy aura, and just when the rhythm borders on becoming repetitive, the piece transcends into a glorious tunnel of distortion.

At a duration of almost seven minutes, ‘Grass Shack’ is a contrast to the majority of much shorter, snappier tracks on the album; however, this doesn't hinder, and in fact positions itself in a place of prominence as the overall highlight. Beginning with a mixture of elusive electronic instrumentation and jarring vocals, initially the track eludes us as to quite the direction it intends to take. Suddenly, we slip into another tidal of psych as in the previously mentioned track – is this the only trick up their sleeve? Nope. Out of nowhere, a deliciously funky amalgamation of bass and electro springs upon us, somewhat reminiscent of a Luigi’s Mansion-esque funkadelia (NB: if you’re at all socially conscious, don’t listen to this track in public, because you will dance).

As already confirmed, the record is certainly not short of shocks and changes, but fifth track ‘Eraser Stargazer Forever’ takes an especially different direction to the other pieces. Pretty much the only constant in the tracks on the album is a reoccurring staccato premise, yet in this track the introduction is unusually slowed down and focuses more upon the guitars, even if it does still feature warped undertones. Nevertheless, the piece exhibits further versatility from Guerilla Toss.

Eraser Stargazer is one of the most artistically experimental and innovative records to be released in rather a long time, and it would be a fatal error to miss out on it. The album totally evades any inkling of conformism or monotony, and the fierce zest remains strong throughout.