After we confirmed our admiration/ obsession with Happyness' Weird Little Birthday in our review of the record, the band kindly agreed to answer a few of our burning questions. 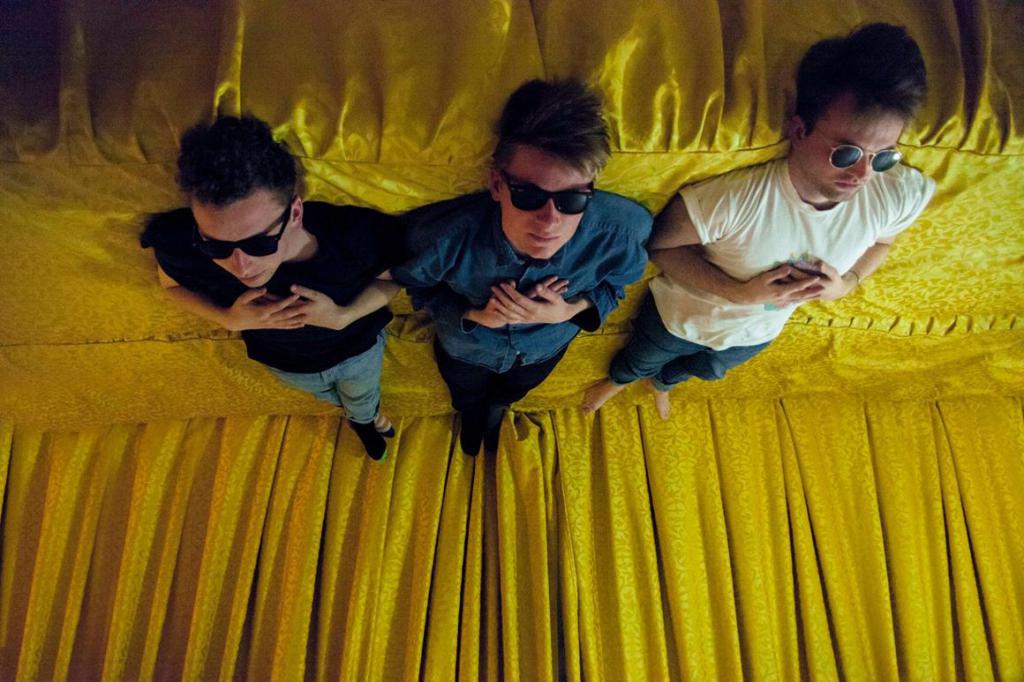 After we confirmed our admiration/ obsession with Happyness' Weird Little Birthday in our review of the record, the band kindly agreed to answer a few of our burning questions.

Raw Meat: What made you decide to write a (loose) concept album? I presume it’s not autobiographical.
It's not really a concept album at all. We used to come up with these stupid movie ideas that would probably be terrible if they actually got made. One of them was about a boy who shared his birthday with Jesus and got jealous - that's the premise for the opening track on the record - and we thought it was kind of a nice tint to listen to the record under. But it's more of an option, it's not a rule.

The lyrics are great. Do they tend to come before the music? What’s the writing process like? Does having Jelly Boy Studios allow for more jamming?
We actually wrote most of the record in a studio we used to rent in Bermondsey. We used to go there every Saturday night and stay all night. Sometimes we'd play one song and then just eat and talk about stuff all night, but the lack of time pressure was great in terms of us being able to become the band we wanted to be. Sometimes we'll have some lyric ideas written down - the album talks about certain specific things quite a lot so lines that dropped out of some songs would often end up in other ones.

Do you impose any rules on yourselves in the creative process?
Not consciously that I can think of, but I guess we're limited in what we can jam out live because there are only three of us. We're also limited by what gear we could afford or gather together. Actually there's an unofficial rule - no internet. The internet is the devil.

How did your sound come about? Was it entirely intentional to capture that slacker USA college vibe? Or is that just what came out?
We'd never really heard the term "college rock" until someone reviewed our EP so it's not like we had that particular style in mind - more like a bunch of bands that we really loved and who influenced us.

What is that amazing synth/ organ sound you use on the album?
There are a few different ones. The one at the end of "Great Minds..." is an old monophonic Korg thing that was lent to us by Ed Harcourt. He's been really good to us - he mixed our EP and sung on "Pumpkin Noir". The "Orange Luz" string sounds are mostly through a mircoKorg - kind of a more brittle digital sounding Mellotron imitation. There's Mellotron on there too. We used a really basic preset computer suitcase piano sound a few times.

Are you more of a studio band, or happy touring? Are you basically going to be dismantling the gear in the studio to tour?
We only have one set so we have to take it all with us. Pretty much everything we play with live was used on the record. We love being in the studio and being able to mess around with stuff - we make a lot of stupid songs that no one should ever hear. But it's definitely a great feeling when it all comes together live too so we kind of swing both ways.

What other bands are you excited about seeing play and playing with this Summer?
We're playing Green Man with loads of great people: Neutral Milk Hotel, Bill Callahan, Kurt Vile should all be great. We're gonna head down to End of the Road too (just as spectators). Yo La Tengo and Stephen Malkmus and the Jicks are gonna be there so that should be great.