In the spirit of “New York above all” hip-hop heads, I’m going to kick off this review with an indefensible opinion stated as if it were incontrovertible fact. 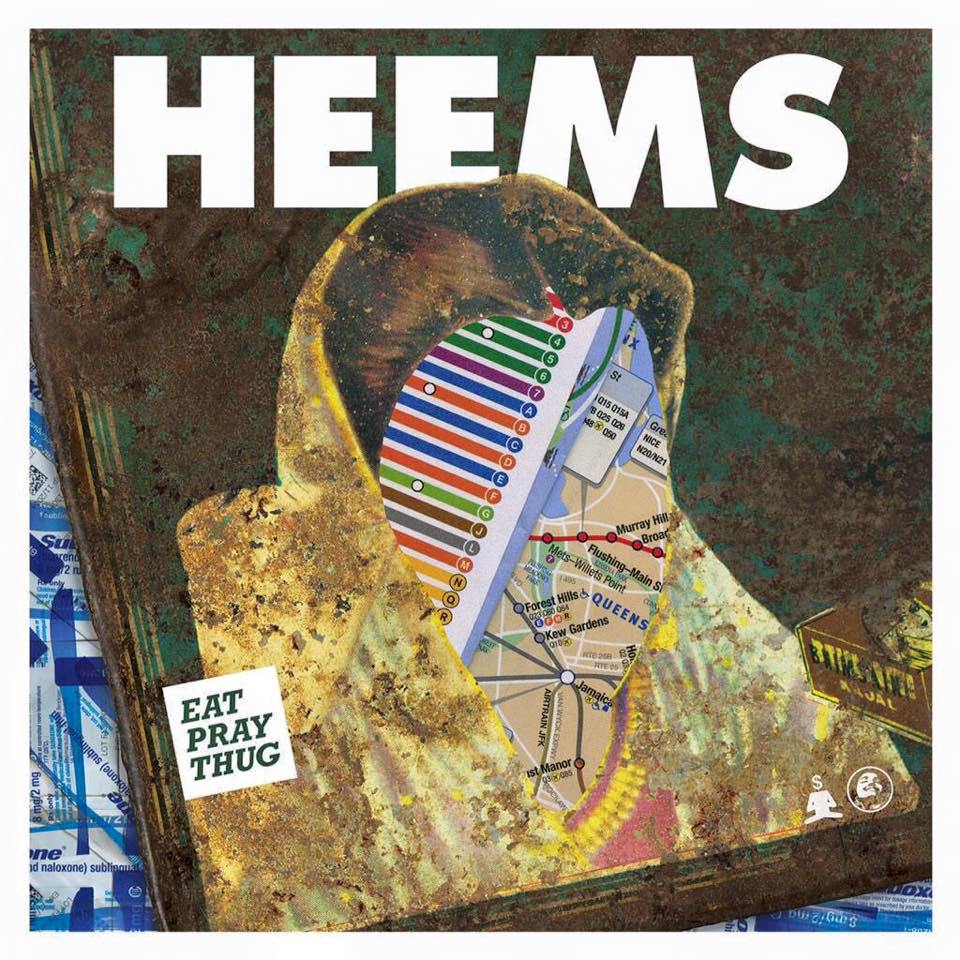 In the spirit of “New York above all” hip-hop heads, I’m going to kick off this review with an indefensible opinion stated as if it were incontrovertible fact.

FACT: If New York hip-hop fetishists actually cared at all about NYHH, Heems would be tearing up the Billboard charts while Joey Bada$$ served burgers somewhere.

Himanshu Suri proves in his latest album that you don’t have to bow at the throne of boom-bap production styles to create an album that is true to its NYC roots. This is an album that moves beyond the revivalist scriptures of slinging rock and holding down blocks to get at what New York is today, particularly for brown-skinned Americans. What Heems reveals through his always on-point social skewering, is that many South Asian and Middle Eastern residents in New York (and, by extension, the U.S.) are forced to inhabit a dual identity. These citizens feel a need to represent their own culture, so as not to feel like they’ve abandoned their roots, but at the same time, they are made to put on an overly patriotic show to not arouse suspicion and thehair-trigger paranoia of many American citizens post-9/11.

Eat, Pray, Thug is filled to the brim with tracks that find former Das Racist member grappling with the realities of living this way. The stage is set from the opening notes of the very first track and lead single 'Sometimes'.

The first three seconds are a barrage of DJ Mustard-aping rachet signifiers, dancehall drums and Eastern synth lines. The themes of the track’s lyrics don’t let up on the cultural hodgepodge. Heems ping-pongs between the art-school rap deconstructions that made him famous and pointed observations on the gray areas between cultures that he is forced to occupy. Ultimately, the track ends with Heems saying, “Fuck it” and letting any criticism of his personal style roll off his back; “I’m too rock / I’m too rap / I won’t change / I’m dope”.

Further dives into the reality of post-9/11 New York don’t find Heems reacting with nearly as much nonchalance. On the track 'Flag Shopping', the rapper recounts the way that the lives of members of his community changed after the attacks on the World Trade Center. Even though Heems was a New Yorker who witnessed the attacks from nearby Stuyvesant High School, he wasn’t immune to the outpouring of hatred directed at anyone who looked foreign. The community members all buy flags to outwardly display their patriotism, but it is not enough.

The outro on the album’s final track 'Patriot Act' lays out plainly what Heems has been hinting at throughout. In a spoken piece, he recounts his memories of the events of September 11th and how it immediately turned him into someone to be suspected.

Heems lays out the eggshell-walk of the following years with a heartbreaking amount of clarity (“And we immediately donated to a local white politician / And we yelled "I'm just like you" as quietly and calmly as we could / So as not to raise too much attention and be labeled a troublemaker and lose one's job”). He recalls people who were taken away or removed themselves to be out from under the ever-watchful eye of their own government. The album ends with the clear indication that everything changed on that day and it still shows no signs of going back.

That’s not to say the album is all bleak. Even the most serious of tracks are bolstered by the cacophonous and close production that will sound familiar to anyone who has spent a fair amount of time living in a city. And Heems still has the winking swagger he’s always had, towing the line that makes critics unsure of which syllable to emphasize in the phrase, “joke-rap”.

Eat, Pray, Thug is an obvious sign that New York rap is strong as ever. But it’s doubtful the traditionalists would know it if they saw it.