It’s a drizzly, grey Friday night in Reading town centre. To combat this we put our umbrellas away and got down to Hey Colossus’ sold-out show for two hours of noisy excellence. 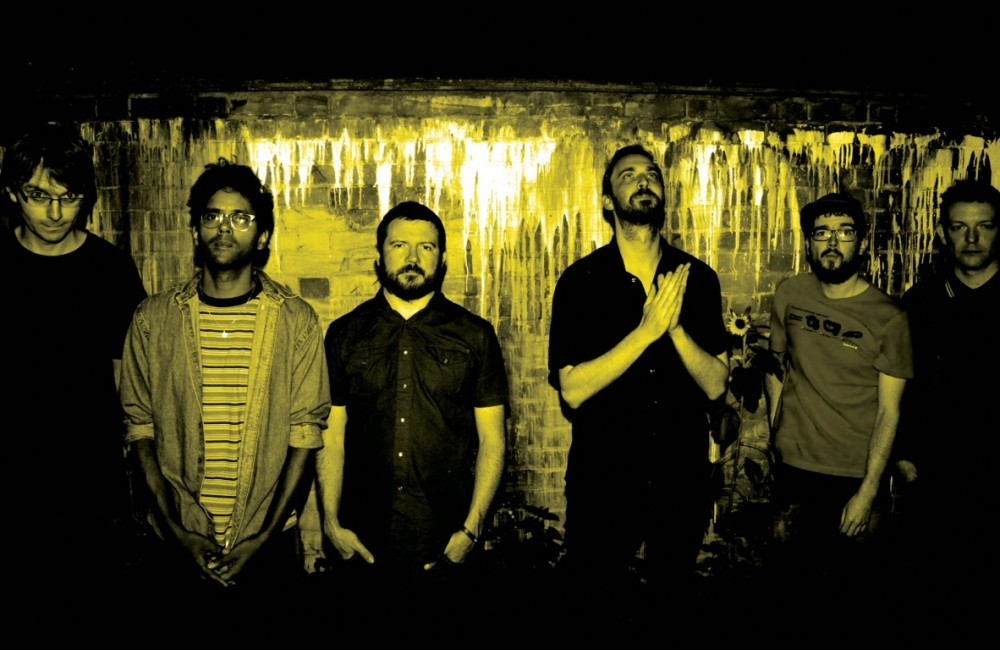 It’s a drizzly, grey Friday night in Reading town centre. To combat this we put our umbrellas away and got down to Hey Colossus’ sold-out show for two hours of noisy excellence.

Reading’s most superb yet underrated venue, South Street Arts Centre is all glitz and glam having undergone a recently completed £500,000 renovation. What greater way to celebrate the new makeover than by noseying around the new bar before squeezing down the front for a load of cracking noise rock?

Support band and local loud ones Workin’ Man Noise Unit get the night off to a striking start. With a disarray of pedals, buttons and all sorts are strewn about; anyone who has had the luck to come across the four-piece previously will know that they never fail to give a staggering live performance. Their dirty rock sound billowed around the raw, muffled vocals and monstrous feedback levels, equally successfully blowing the minds and eardrums of those in the room. Now we just need the rest of the evening to live up to this standard.

And it surpasses and demolishes our expectations. Hey Colossus take the stage; six men who, on the surface, couldn’t appear more humble or unassuming. However, throw three guitars, a bass, drumkit and a few mics into the mix, and prepare to be astounded. Vocalist Paul Sykes instantly shows his vocal power and stage presence to be as admirable as his pristine facial hair. As the sheer drive and passion of the band surges upwards, Sykes channels his inner Ian Curtis through jerky dance movements, and the audience is encapsulated.

The band vary between rock and more psychedelically edged tracks. Roaring masterpiece ‘Pope Long Haul III’ with its gritty bassline and rattling riffs is undoubtedly a highlight and favourite of the crowd. The pace is toned down a little with reverberating ‘Black And Gold’ later in the set; warped and hypnotic.

Once the main set has ended and setlists have quickly been snapped up, Hey Colossus return to the applause of their crowd for an encore of the gorgeously heavy ‘Hot Grave’. The band’s trio of guitarists are almost in splits, laying all their energy bare. The accompanying layer of gruff, forthright vocals makes for an explosive exit for the six-some.

The intimacy of the show was certainly appreciated. After the gig, Dom of Workin’ Man Noise Unit described playing South Street as, “Like being with friends”, and there isn't a more apt way of expressing it than that. Both bands played without a raised stage, leaving them on the physical and mental level of their crowd. Whether people were rigid with concentration, pushing forward, or supporting a crowd-surf in the relatively small venue, we all shared the sense of pure joy we were confronted with. The rarity of a gig wholly complete with people prioritising revelling in the music as opposed to striving for the typecast have-a-mosh-and-get-bladdered-whilst-effectively-ignoring-the-band “experience” was extremely refreshing.

Keep an eye out for more events at the wonderful South Street Arts Centre (particularly its involvement in charity festival Are You Listening? on 22/04/17), and see the extraordinary Hey Colossus at the following dates: