It takes a lot to be heard over the noisy glut of excellent bands in Philadelphia. Luckily for a band like Hop Along, Francis Quinlan’s urgent yelp does the trick. 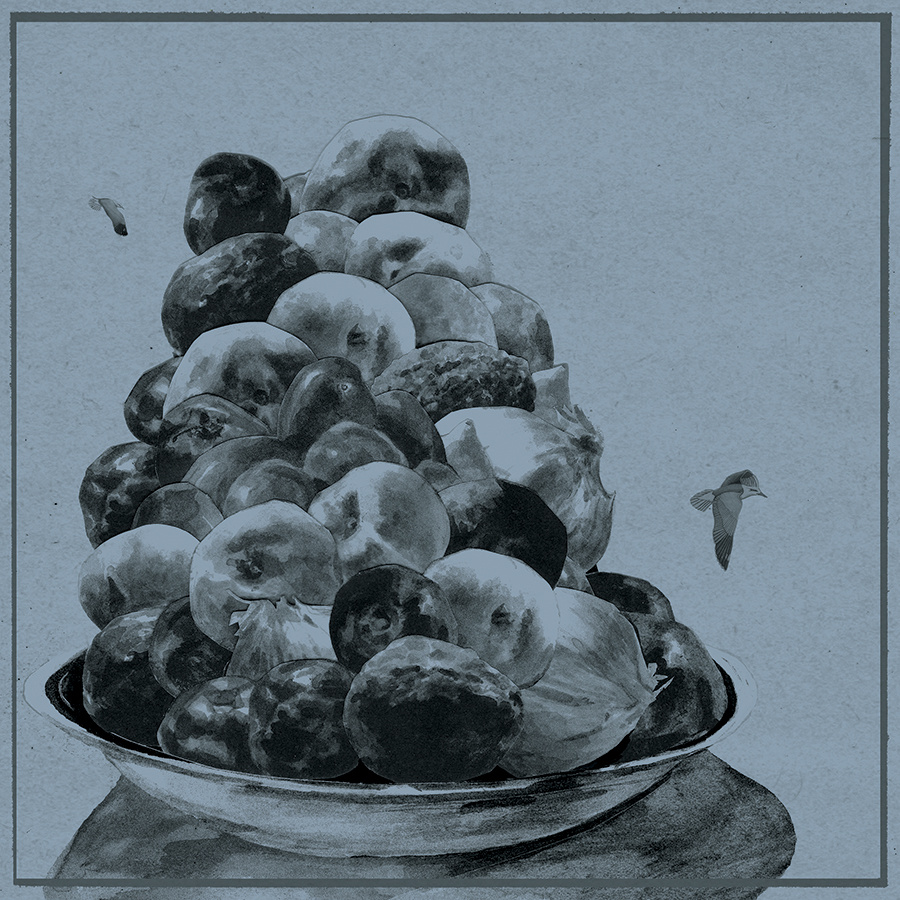 It takes a lot to be heard over the noisy glut of excellent bands in Philadelphia. Luckily for a band like Hop Along, Francis Quinlan’s urgent yelp does the trick.

On the band’s second album (and their first for Saddle Creek Records) Painted Shut, Quinlan’s instantly recognisable howl comes in somewhere between Ida Maria on the urgent 'Oh My God' demo and Tommy Pickles being frightened by an adult artefact he doesn’t understand. And the head Rugrat is a good jumping-off point for explaining Quinlan’s unique point-of-view. The singer is adept at looking at the world from an angle others never considered and finding something entirely new. While this was more openly on display throughout their debut Get Disowned and the fractured fairy tales of Quinlan’s solo record, Painted Shut features flashes of this talent when, for example, the band turns a tale of childhood abuse into a summery romp on 'Powerful Man'.

This kind of cognitive dissonance fits nicely into the themes of Painted Shut, which jumps in and out of the stories of musicians Jackson C. Frank and Buddy Bolden, two musicians who suffered from paranoid schizophrenia.

Bolden gets a moment in the spotlight with 'Buddy In The Parade', where she points out that the early 1900s jazz musician known as King Bolden left behind almost nothing. Frank, who is a little better known thanks to the praise of superstar musicians like Paul Simon, was the inspiration for the tender track 'Horseshoe Crabs'.

The sad stories of abused musicians who suffered from mental illness and died largely unknown garner even more empathy when delivered by Quinlan, a woman who sings like she’s constantly on the verge of shaking herself apart.

While many singers with distinct voices can lose control and overpower their band, Quinlan’s voice merely sounds unrestrained. She uses it to great effect when Painted Shut takes darker turns. Many of the tracks cover dark themes like poverty and Quinlan knows when to reel it in to a whisper (like on the opening lines of 'Buddy In The Parade') or aim for the rafters in a moment of defiance (the borderline pathological repeating of, “None of this is gonna happen to me” at the heart of ‘Texas Funeral’).

Along with Quinlan, the rest of Hop Along’s sound has always been raw and immediate. Joe Reinhart’s guitar sounds like it could be in the room with you and the rhythm section - Mark Quinlan on drums and Tyler Long on bass, hits the listener square in the chest. This hasn’t changed on Painted Shut, but the step up in production value is notable. Hop Along are already borderline legends in their hometown. The cleaned-up sound on their second album could finally allow them to get much-deserved props everywhere else.

Quinlan and Co. have been screaming their hearts out for more than six years. With an album as excellent and accessible as Painted Shut, they may finally have their voices heard.