I’m sure at this point you’re familiar with Warmduscher. We caught up with the mustachioed maestro, Clams, himself. 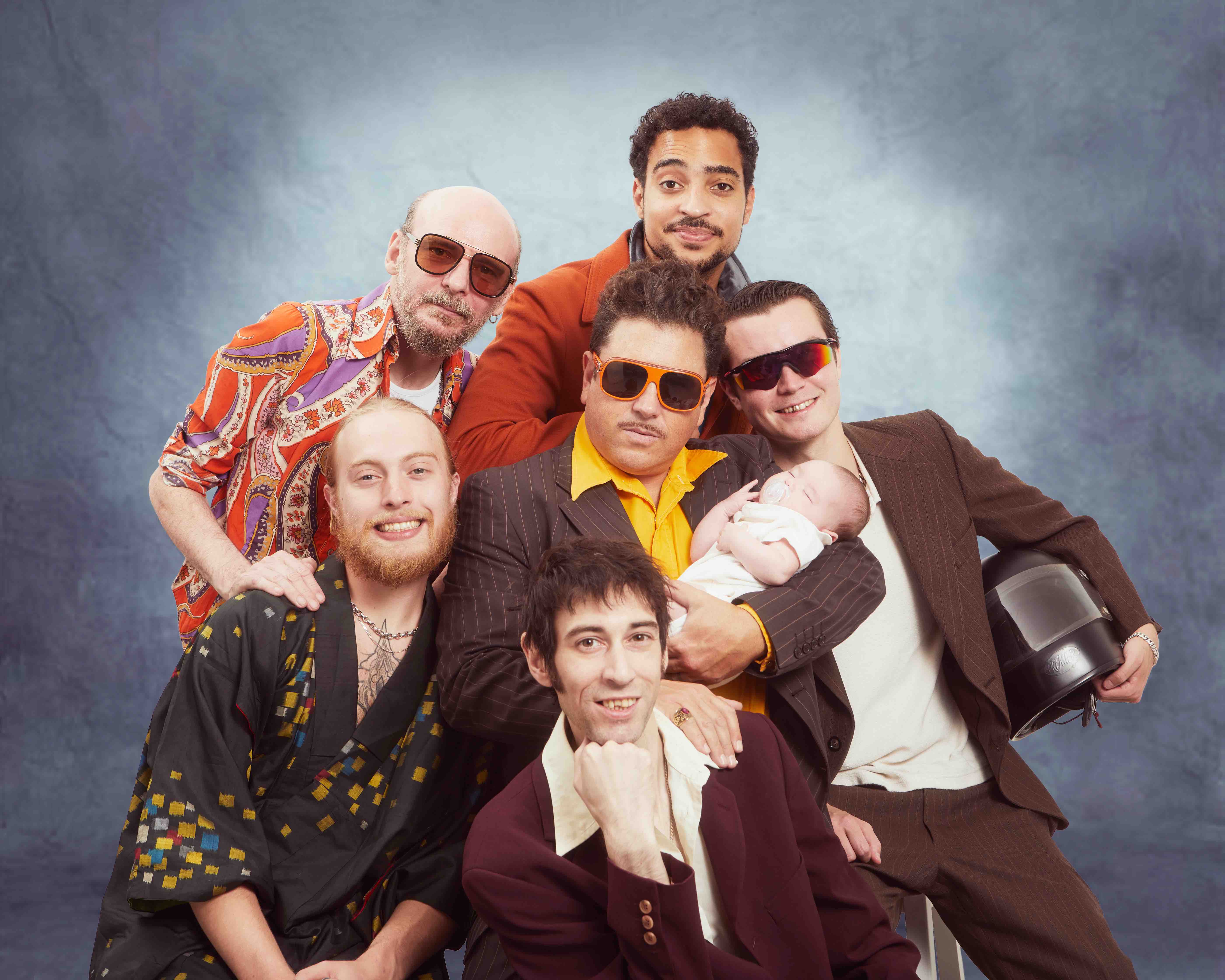 I’m sure at this point you’re familiar with Warmduscher. We caught up with the mustachioed maestro, Clams, himself.

One of our favourites here at Raw Meat. Warmduscher have smashed out 2021 in some style, with a new album and tour on the cards for early 2022. Ahead of all this exciting stuff, Duncan Clark caught up with the mustachioed maestro himself to break down the last year and take a look ahead at what’s to come in the new one.

RM: Lovely to meet you sir. Do I call you Clams?
Clams: Sure you do, it’s what they all call me. Let's go!

I saw you at End of the Road, which was amazing! It was the first time I had smelt the familiar agricultural smell of a heaving crowd of sweaty bodies since before the pandemic. A breath of fresh air! What was your favourite show of '21 and why?
‍Yeah EOTR was really special for us because we never thought we’d be invited back after the first show we did there. It was mayhem and they tried to say we were inciting a riot and ruined their speakers and they initially refused to pay us etc. etc…. We worked it out and weirdly enough we got so much attention from that gig that they had us back and this time we caused mayhem, but with a great set, so it was without a doubt my favourite Warmduscher gig of the year.
I also have to mention Opium at Vilnius Lithuania with Paranoid London, it was the best nightclub gig I've been a part of in years.

And how about as a punter, what was your favourite gig this year?
‍My favorite gig was one I went to recently with Petbrick playing with Nuha Ruby Ra and Pigs x7 at Electric Ballroom. They opened up and they killed it, the energy was intense given the atmosphere with all this new Covid shit and made for something real special. It was awesome and I got their Death Traitors collab. shirt and cassette EP to boot, so there you go!‍

Ok, let’s do a couple more best of 2021s. Album of the year?
‍That’s a tough one, but I’ll give it to Tyler the Creator, Call Me If You Get Lost. Only because I really like how he bridges genres and culture, kind of the same way the Beastie Boys did with skate culture and hip hop. Other than that, shout outs to Squid, Black Midi, Amyl & The Sniffers, and Sleaford Mods! ‍

Song of the year?
‍Skatt Brothers 'Walk The Night', not sure how or why it took me so long to find that song but it was a recurring theme of my 2021. Elbows deep!‍

How has the past year changed you as a person? Has it affected your outlook on life/the industry?
‍Hmm, I’m not sure really. I think I’m pretty much the same, just a year closer to the big old dirt nap and a year less flapping around in the cookie jar. As far as outlook on life and the industry, I’ve always felt I’ve been on the outside of the industry, fighting to get in, so I was built for this struggle. I love a good challenge, and this always makes the music so much better.‍

Wild Flowers is fantastic, yet again another ridiculously catchy bassline. I take it that there's a new album imminent? How was it writing during the pandemic?
‍All hail the magic of Mr. Salt Fingers Lovecraft, he came up with the goods as per usual! He came in with that one and we all built around it and thankfully Simon of Bella Union wanted to put it out first, and Marc Riley wanted to play it on the radio so we made a bizarre edit courtesy of Nigel Walton and it was A-listed. Never would have thought that would happen, but our 7th member Disco Rick called it early. I also have to mention that the production duo of Al Doyle & Joe Goddard nailed it!

Writing during the pandemic was my savior personally, because it allowed us to continue working rather than just sitting back and waiting for things to happen or change. It also allowed us all to get together and let off steam and socialize during that awful lockdown experience. As far as new stuff, let’s just say we have a very exciting announcement on January 6th so keep your peckers up! Follow us on Instagram to get the news or sign up to our mailing list, super!‍

You’ve got a UK & European tour coming up in Spring next year too. Which gig are you most looking forward to playing next year?
‍I’d have to say the Forum, April 7th for me. It’s our biggest hometown headline show and the lineup is going to be insane! Also, I can’t wait to finally play in Germany so we can hear the Germans calling us Warmduscher properly.‍

The release you’re most excited about in 2022?
‍The release of all this pent up Covid related shutdowns and lockdown energy that will cumulate into one of the best years we’ve had since the 1920s! Music-wise I’m looking forward to hearing the voices of all those that have been creating during that lockdown time and hoping the passion and duende is brewing amongst the kids. It’s time to let go and with any luck we can have another punk movement to rival the 1980s or an acid house revolution to rival the 1990s? Yep.‍

Other than the new album and tour, what else does 2022 have in store for you?
‍Lots of touring, writing new Warmduscher, new Fat White Family, new Insecure Men, new solo project from Ben, new solo project from me, new Sworn Virgins, and new Paranoid London! Who knew? It’s funny because people tell you to slow down, but I just watched that Beatles doc and didn’t realize that they made 21 albums in seven years! What the fuck! My goal next year personally is to make four albums at least. Probably mostly shit, but then again so weren’t the Beatles? Jokes.‍

If you were putting together an all time supergroup who would be in it?
‍You asked for it!

Chaos! Ok, last one. You’re putting together a festival for summer 2022. Who’s playing?
I’m sure the band would have a lot of different choices but this would be one that I’d sit my ass in a tent for. Thanks for listening.