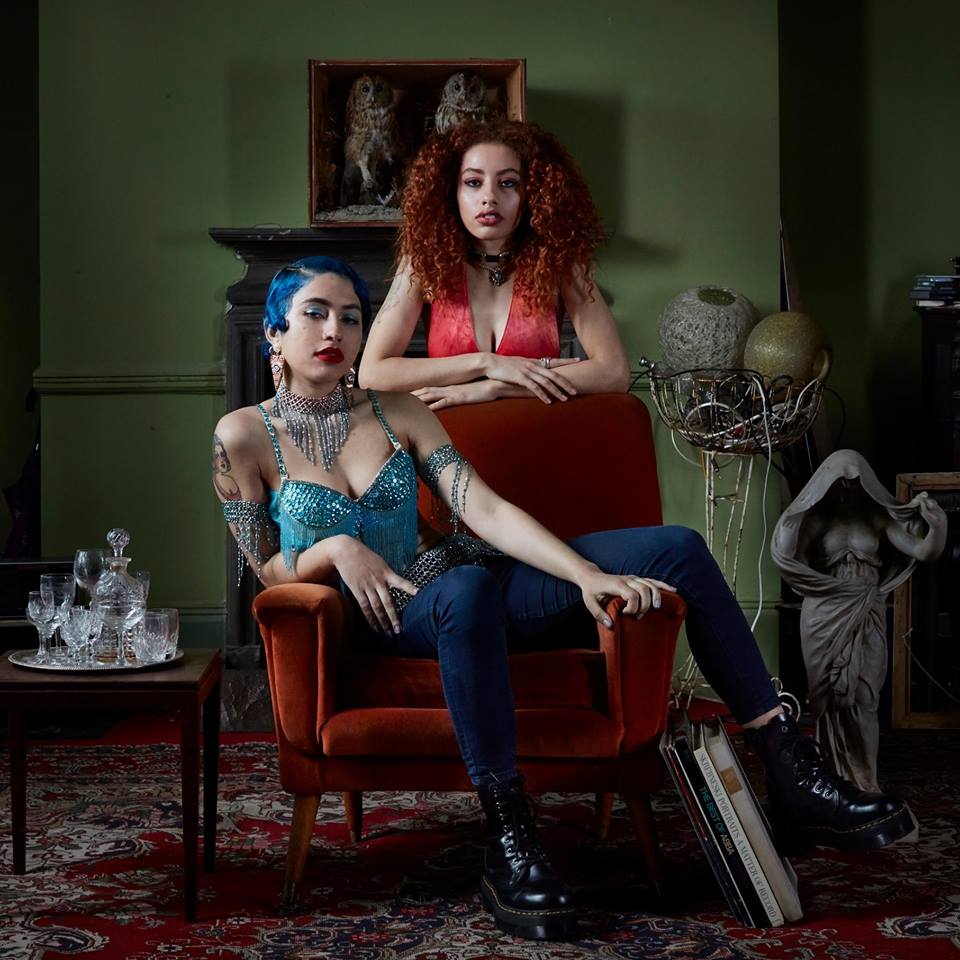 RAW MEAT: How are you guys all looking forward to playing Bestival?
Delilah: I love Bestival been going since I was a teenager so it's amazing that we're playing.
Ursula: I'm excited to see the castle.

Who are you most looking forward to seeing play while you’re there?
Ursula: Dizzee Rascal
Delilah: A Tribe Called Quest

Last time we saw you was at Shacklewell Arms. How does it feel to be on these size stages? And do you think it affects your writing?
Ursula: I think whatever the size of the stage you have to bring the same show you would whether your playing to millions or just 5 people.
Delilah: As a performer, I don't care about the size of the stage I play, I just like playing music. It does not effect my writing in any way.

So there you have it. We managed to get four answers out Skinny Girl Diet before they slinked off, suitably nonplussed. Should we have mentioned that there used to be three of them? Maybe they ate the other one? Regardless, they're impeccably punk and full of an enviable rage. We can't wait to see them gliding through the happy Bestival haze in a few months.