Another Raw Meat exclusive for you; the wonderful Jet Setter have released this YouTube inspired video for their jittery and dance-able single 'Forget About It'. 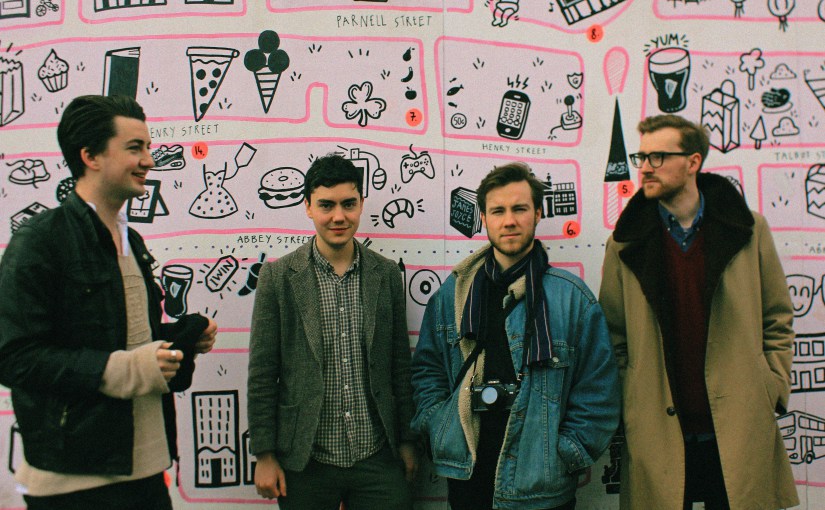 Another Raw Meat exclusive for you; the wonderful Jet Setter have released this YouTube inspired video for their jittery and dance-able single 'Forget About It'.

Jet Setter's debut EP, Never Had It So Good is out 13/04/15 through Any Other City Records.

This isn't this four-piece from Dublin's first time on Raw Meat, (and it isn't their first comedic video either). We absolutely love Paddy Ormond's fat toned guitar riffs, Neil Dexter's jerky rhythms, the rhythm and blues swinging bass lines of Jeffrey Courtney, and the third wave indie/ occasionally David Byrne vocals of Ross Hamer. Their song writing is undeniably catchy, with earworm melodies you'll be pleasantly stuck with until the Stockholm Syndrome kicks in.

Their music has a pleasant facade, with a snarling undertone - like the opposite of The Replacements, but with that air about them. They layer riffs and melodies with pop music levels of dramatic effect, while hooks just seem to roll out of every line. We already know their EP is going to be fantastic - it's a triumphant return for dance rock. Jet Setter are a tension loaded bright light in a sludge and distortion saturated scene. You should definitely be looking forward to Never Had It So Good.

Single Of The Week
Arxx - Call Me Crazy

In their latest release, Arxx shift towards nostalgic indie pop and take a huge leap forward creatively. 'Call Me Crazy' sounds like a song you already adore.

Multi-lingual rage-induced-post-pop from Newcastle-based trio, ‘Vultures’ is out today.