The Scotch of St James has an impressive history; its speakeasy décor has seen visits and performances from the Stones, the Beatles and Jimi Hendrix. 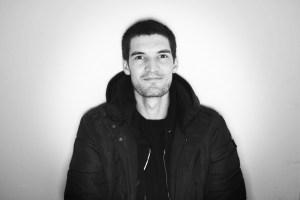 The Scotch of St James has an impressive history; its speakeasy décor has seen visits and performances from the Stones, the Beatles and Jimi Hendrix.

Jonathon Boulet has flown in from Australia to champion the release of third album Gubba, a major transition from earlier efforts, which tend more towards a folk sound. Boulet’s Facebook touts Gubba as, “pop music with a scummy outer layer”. Tight and creative drumming, restrained use of a meaty pedal-board and impressive coordination give Boulet and the rest of his trio the space and sound to work through 45 minutes of riff-driven, unapologetic guitar music. A newfound love of stoner rock is evident, with a strong emphasis on creative rhythms and time changes that evoke Queens of the Stone Age and Clutch as much as anything else. Boulet’s guitar is, unsurprisingly, the night’s highlight, as the band stomps through material from their new album with few pauses. On new single, 'Hold it Down' he lets the low end carry the song, creating an impressive demonstration of the band’s newfound fluency in the heavier side of things. It’s a little known fact that Boulet played guitar in a metalcore band (when that was a thing that people did) and it would seem that the lessons in riffs, cohesion and controlled aggression have not entirely vanished. Luckily, this writer’s tastes lean more towards the sort of music Boulet played at the Scotch, as opposed to his softer previous releases.

When Boulet jokingly admonishes the audience as “rich pricks” a few songs in, it’s not with malevolence. It’s a demonstration both of Boulet’s emphatically Australian sense of humour and a nod to the slightly odd dynamic in the basement of the Scotch, where the seated audience rarely gets going beyond a head bob. Boulet’s intention was to showcase the new, heavier and more energetic side of his band, and to play the sort of riffs that beg for a mass of sweaty, head-banging fans. The politely restrained reaction in the Scotch is only remarkable because of the intensity of Boulet’s performance.

Boulet’s new album is likely going to be a hot tip for a wide range of music lovers. Underneath the catchy pop structures of the songs there’s plenty to like, and more depth than might be immediately apparent.