Following a turbulent year, Julia Shapiro was determined to regain control. Perfect Vision is the result. 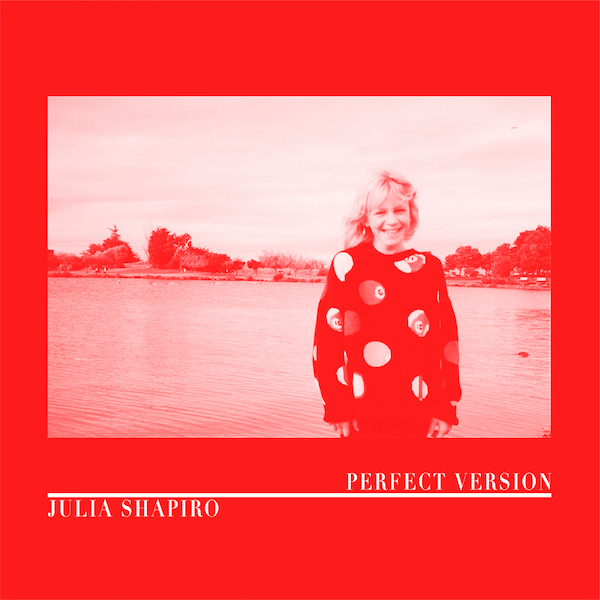 Following a turbulent year, Julia Shapiro was determined to regain control. Perfect Vision is the result.

Best known for being the frontwoman of Chastity Belt, Julia Shapiro released her first solo album, Perfect Version, this week. Having begun recording and mixing the tracks herself as well as playing all but two instruments across the album, Shapiro has bravely put herself out there with a record that is well and truly her own.

The first snippet of her lone work that we heard was opening track ‘Natural’ back in April. A lax insight into her mindset of frustrated confusion, it’s a valid introduction as to what is to come. In essence, the album is a delicate portrait of the struggles that she has had with her mental and physical health, focusing particularly on developing self-acceptance. The synoptic simplicity of lines like, “How can someone be so blindly confident / I wanna know that trick” is typical of the connection Shapiro builds with her listener over the course of the record.

‘Shape’ is the album’s defining track. Her longing, melancholic vocals layered upon a background of swaying reverb is a thing of beauty. This most recent single shows that she has not only achieved a means of control through her enchanting music, but also over the audience as she carefully tugs on your own heartstrings through its controlled intensity.

‘I Lied’ comes second to last and is worth sticking around for. Stylistically chatty with wry lyricism (“I should go to bed at a reasonable hour”) suggests Shapiro as the Atlantic’s answer to Courtney Barnett.

Other marked moments across the record include the alluring titular track, plus moody single ‘A Couple Highs’ punctuated with its comparative forcefulness in striking guitar riffs.

Shapiro’s solo debut is a well-crafted series of concise albeit emotive tracks. Perfect Version marks Shapiro out as more than just the lead singer of Chastity Belt, but a fully-fledged artist in her own right.