Nottingham’s answer to nineties Seattle, Kagoule have released their latest single, ‘It Knows It’ with a psychedelic video that sees the band embark in an MTV/ TOTP mockery. 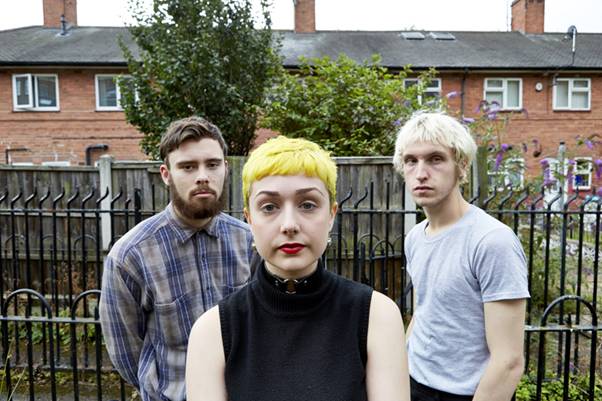 Nottingham’s answer to nineties Seattle, Kagoule have released their latest single, ‘It Knows It’ with a psychedelic video that sees the band embark in an MTV/ TOTP mockery.

Sticking to their ironic, nostalgic humour Kagoule deliver "valuable" facts; for example, “'It Knows It' was originally written for the up and coming band So Solid Crew”. Now that would have been a sight, if only ’21 Seconds’ was written for Kagoule. Another fact being, “On this day 20 years ago, it was exactly 20 years ago, to this day”. They’re not wrong. The year would have been 1994, maybe the decade the three piece belong in.

The song itself is an oxymoron; something you could describe as bitter sweet. The drowsy dominant guitar providing that grunge feel is met with its polar opposite, harmonic double vocals of frontman Cai Burns and bassist Lucy Hatter. This totally works.

If watching the video has made you think that the vivid imagination of Kagoule is a place you'd like to go, 'It Knows It' is free to download, so do your pockets and music library justice and bloody well download it. They have recently signed to legendary Nottingham label Earache.

The BitTorrent (download here) includes the single ‘It Knows It’ MP3 and video, ‘Adjust The Way’ MP3 and video, ‘Gush’ MP3, animated desktop background, handwritten letter and lyrics to the songs.

You can see and hear Kagoule at the same time at the below dates: