Kali Uchis has always written music for sunny days, so stick a flamingo in the ground and listen to her latest single, 'Tyrant', featuring Jorja Smith. 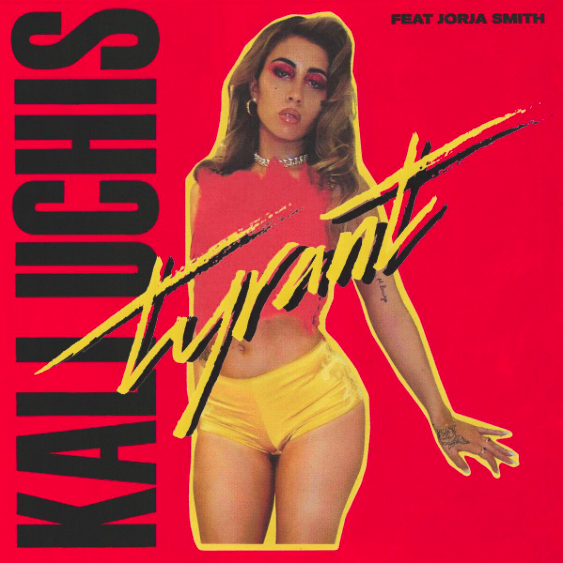 Kali Uchis has always written music for sunny days, so stick a flamingo in the ground and listen to her latest single, 'Tyrant', featuring Jorja Smith.

I never thought I'd say this, but I strongly recommend this musician's Instagram. That girl's aesthetic is strong. And (luckily) it penetrates more than just her visual style. Ever since we first heard 'Lottery', what feels like a lifetime ago, we were hooked on Kali Uchis' soulful RnB. And increasingly we're seeing her love of hip hop inch its way into her releases; to great affect.

Uchis is a vocalist, producer, songwriter and Columbian, living in LA. She's addictively sassy and has, from the very first instant, known exactly what she wants to release and how she wants to be perceived. Her near flawless vocals and character-driven song writing have seen her work with Tyler the Creator and, more recently, Gorillaz. But it's her own work that you need to watch out for.

I don't think I've ever meant it as much when I say we're "hotly anticipating" her debut LP (out after festival season, we're hoping!), but for now we'll have to survive on 'Tyrant'. A classic Uchis track, it's poison lipstick, delivering death blows with silken ease, added to by British singer Jorja Smith's hypnotic verse. In Uchis’ own words; “Tyrant is a post-apocalyptic love song. Wanting to stay in the haze of puppy love forever & never face the power struggles, because that's your only real escape from the cold realities of life.”

'Tyrant' is yet more proof to me that her writing completely transcends musical tastes. Anyone that listens to this track and doesn't admit to immediately wanting to go skateboarding along Venice Beach is a f*cking liar.