As the band turns three, Love Buzzard are finally releasing their debut album, Antifistamines via 1-2-3-4 Records, 12/02/16. 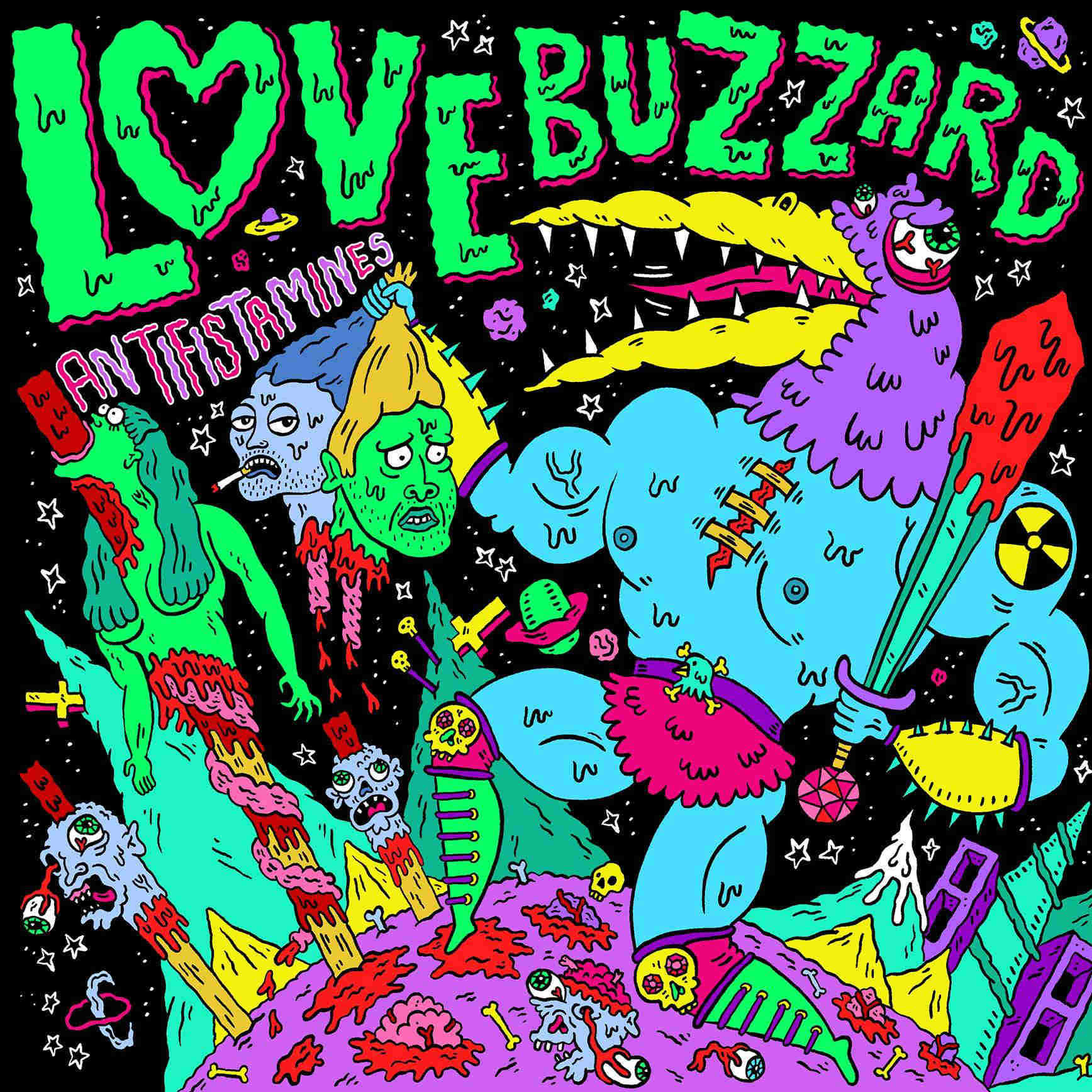 As the band turns three, Love Buzzard are finally releasing their debut album, Antifistamines via 1-2-3-4 Records, 12/02/16.

If you’re not familiar with Love Buzzard, the two-piece intertwine hard-core British punk with handfuls of garage to make for quite the concoction. Looking at their back catalogue of support slots with God Damn, Slaves and Cerebral Ballzy, it quickly becomes clear what this record will be about: fast-paced, dirty rock that reeks of fuzz.

And as expectations go, Love Buzzard do an incredibly good job in living up to them. Intoxicating riffs and rhythmic drums are the bread and butter of Antifistamines. Lead single ‘Superglue’ and album track ‘Creep and Crawl’ are built on a strong drum pattern and an even stronger riff that keeps giving and giving. If that wasn’t good enough, the coarse vocals and adrenaline running through the veins of ‘Creep and Crawl’ give it an extra burst of life that easily makes it one of the highlights of the record. ‘Wild’ is a more laid-back track, but still exhales Love Buzzard’s punk attitude whilst ‘Heaven’s Got An Electric Fence’ has a hook that wouldn’t be lost had it been released in the fifties. Surprisingly, the title-track seems to be one of the weaker tracks on the record. Nevertheless, the duo quickly recuperate with their full-pelt, full-steam ahead, aggressive punk.

Love Buzzard are one of those bands you hope get the recognition they deserve, but at the same time, pray that they don’t. Not for selfish reasons, but purely so that they never lose the integrity and DIY style that they absolutely nail. When at a loose end, or having a day where rock seems to fail you – Antifistamines is the one to pull you back from the abyss.