Brawlers stopped off in Norwich at the beginning of their lengthy UK tour. With support coming from emo punks Milk Teeth; Brawlers and co. started the bank holiday with a bang. 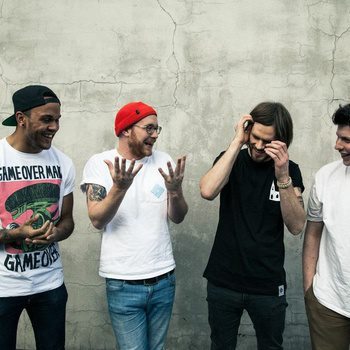 Brawlers stopped off in Norwich at the beginning of their lengthy UK tour. With support coming from emo punks Milk Teeth; Brawlers and co. started the bank holiday with a bang.

Snarling punk rock and moody vocals is what Milk Teeth’s set at The Owl Sanctuary consisted of. After sluggishly sauntering onto the four foot wide stage, Milk Teeth began their turbulent journey into a modern day mash-up of post-grunge and emo punk. The first chords of bass provoked a tremble of sighs in the audience, believing it to be another wannabe Nirvana. But, an explosion of riffs and a chorus of wailing guitars later, Milk Teeth revealed that breaking expectations is what the band are all about. Becky (bassist and lead vocals) has an unusual tone to her voice which complimented her solemn bass lines, adding a different dimension to Milk Teeth. Guitarist and vocalist, Josh, let out blood-curdling screams, increasing in frequency and intensity as the set progressed, furthering the sound's diversity. Repeatedly, the band told the unresponsive audience to "come closer”, but it was only after some tremendous breakdowns that the fury of the band really got across to the audience. As each song rolled into the other, Milk Teeth created a genuine live event; every small insignificant detail had been studied and worked on to ensure a flawless and mind-blowing performance. If you hadn’t entered The Owl Sanctuary a fan of Milk Teeth,you certainly left as one.

Brawlers had a rough start with their set at Norwich. With half of the crowd in the pub getting slaughtered before the bank holiday – the boys had a job at getting people interested. Plus, the gig was in Norwich, where all audiences are full of awkward and withdrawn teens. Yet, in true Brawlers fashion, they got the party started. Sort of like Andrew W.K would. Lead singer, Harry George Johns’, was his usual bouncy and energetic self. Half of the set was spent with Johns’ running around stage and approaching bewildered people in the audience to get them involved. And unlike celebrities at awards who put on a great show but sound terrible – Johns’ STILL managed to maintain his flawless vocals.

After the first few songs, Johns took to guitar for ‘Windowmisser’, changing the whole tone of the gig. ‘Windowmisser’ helped to mark the change in direction for Brawlers – a change that had recently been shown in the release of their debut album, The Romantic Errors of Our Youth. Other tracks on their debut, ‘Drink & Dial’ and ‘Two Minutes’ were arguably the better songs during the set, whilst ‘I’m A Worthless Piece of Shit’ was unfortunately lacking something. Despite that, the set was still fun and enjoyable. The most commendable thing about Brawlers is that they really put their heart and soul into every performance, no matter how many people are there or how co-operative they are. Whether its bassist, Anthony Wright, jumping up and down on stage or Harry George Johns running around in the audience – every member of Brawlers are always up for a party. The finale of the set really demonstrated that all they really want is for people to have a great time when they see them live. With Johns leading a weird sort of dad dance with the audience – the band ensured that everyone in the audience left with a smile on their face.