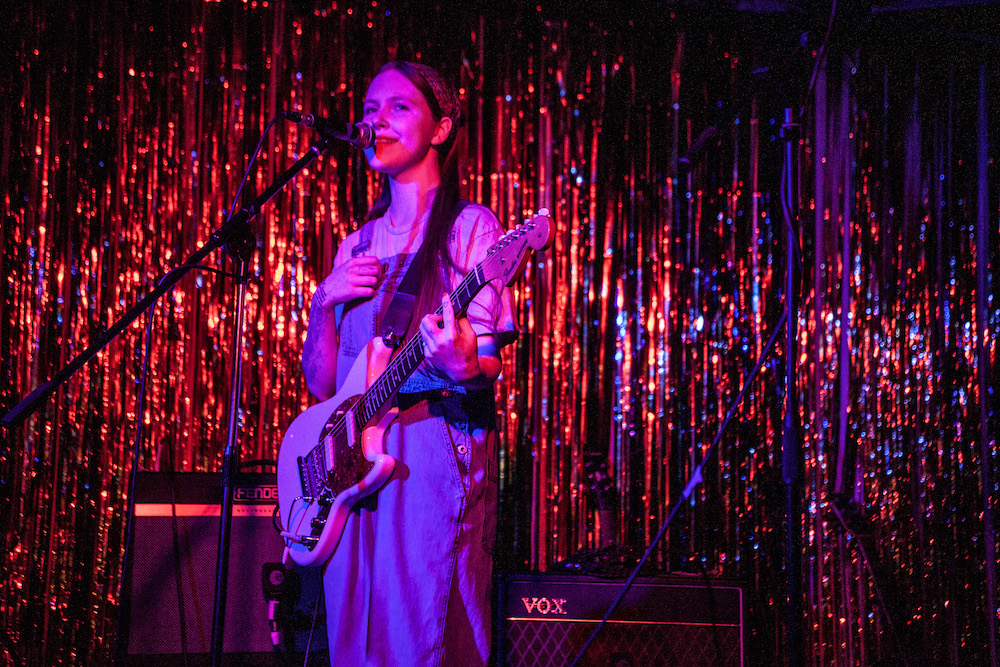 I'd not been to The Windmill in ages, too long. Between lockdowns it could be hard to get a ticket, but at least you are able to buy one ticket at a time, rather than forking out for a table of six from the same household, meaning lonely livers like me don't have to bring the cat.

The last time I saw Misty Miller was with her project Bad Parents and the show tonight is a compelling solo, with her brother Rufus joining her onstage at the end. Her set is emotional, annoyed and vulnerable, but with a sweetly powerful voice and witty lyrics. I’m extra glad to see her tonight after her latest EP, River Songs was released in September (it's great).

I am reminded of the relationships The Windmill famously creates when Misty mentions that supporting Dan Lyons is a pleasure, especially as one of her first shows with Dan, on drums, was at The Windmill. I’m sure the first time I saw the both of them in their early projects was here, too.

For Dan Lyons' first song, just he and backing vocalist Freya are onstage - the pair singing together reminds me of Leonard Cohen and songs like 'Who By Fire.' After the fairly melancholy start the set gets more energetic and ends with Dan smiling and laughing with the audience. The songs are political, (“Boris we are dying / dying to tell you what we think...”), emotional, and at times tongue in cheek (or seriously pissed off) at the state of humankind.

This is eased with laughs in between songs, including guest cello player - meaning the bassist leaving the stage; “covid restrictions, only four on stage!” It's things like this that make The Windmill so inclusive, such a community. Despite tickets to shows being quite exclusive all are welcome, and despite the big names that play here, it's very down to earth. No-one is taking themselves too seriously; to the point that I swear I hear a comparison of Dan to Gary Barlow being mentioned in the background... Exclusive yet inclusive.

It was beyond great to be here tonight and I would encourage anyone to buy a ticket for any show they see with tickets left at The Windmill, I've never been disappointed here. Live music desperately needs places like this.

On that note, The Windmill is under threat of closure if funds cannot be raised to keep it going throughout covid restrictions. An auction is being held, where amongst others you can bid for prizes provided by Liam Gallagher, Snapped Ankles, Baxter Dury, Misty Miller and me! Treat yourself.

Words and all images are by the wonderful Keira Anee.