Grant McNeill laments the loss of LCD Soundsystem and looks at the mixed bag of Museum of Love. 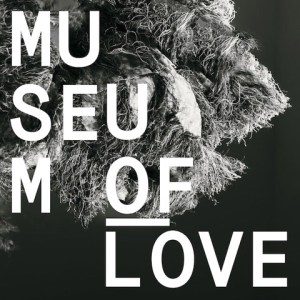 Grant McNeill laments the loss of LCD Soundsystem and looks at the mixed bag of Museum of Love.

The end of LCD Soundsystem was perhaps one of the saddest days in recent music times. Refreshingly self aware, it was a dignified, poignant split by a group that were quitting at the top of their game. Their final show at Madison Square Garden was the pinnacle of their success, with some very special special guests joining them for a few choice songs and a seriously impressive disco ball suspended over the crowd. It was an elegant farewell to some of music’s most loyal fans and watching the resulting documentary Shut Up And Play The Hits is a surefire way to instill an infinite jealousy in anyone not fortunate enough to have been there.

And then there was silence. James Murphy has done a few DJ sets and Death From Above records keeps putting out some fantastic music, but we haven’t really seen anything new from the LCD camp in a long time. Until now. Founding member Pat Mahoney has teamed up with his friend Dennis McNany to create the new outfit Museum of Love, which was spawned around the duo’s excellently danceable remix of Battles’ ‘My Machines' feat. Gary Numan. Since then, they’ve been working together on their debut self titled album. The album itself is a far more mixed bag than you’d expect, ranging from ‘Disasterpiece’-esque synth landscapes of ‘FATHERS’ to Krautrock inspired ‘The Large Glass’ that wouldn’t sound too out of place on an Holy Fuck LP, or even as a b-side from The Doors.

The lead track, ‘In Infancy’ has been available for a while on SoundCloud, and it’s an absolute belter. A beautiful mixture of warm Junos, twisted vocal samples and a combination of acoustic and 808 drums that makes for hypnotic rhythm. Not to mention a brilliant distorted electric bass line that will have you moving in your chair when it finally drops. However, it is noticeably a debut album from a duo still finding their stride when it comes to a real musical identity. The synth bass line in ‘Learned Helplessness from Rats (Disco Drummer)’ does feel a little amateur and ‘The Who's Who of Who Cares’ relies too heavily on eighties nostalgia to keep up with the rest of the album.

Museum of Love has occasional moments of absolute brilliance, and is musically different enough to not be considered an extension of the LCD formula. Coming from such a revered band and moving into your own music is never going to be an easy thing to do. You’ll never please everybody and there will always be those who complain that it’s too different, or that it’s just not another LCD album. But this is an admirable debut, produced brilliantly from a new team that has a promising future.