Stopping off in Leeds on the second day of their UK tour, Nothing But Thieves prove exactly why they deserve their top ten spot in the album chart. 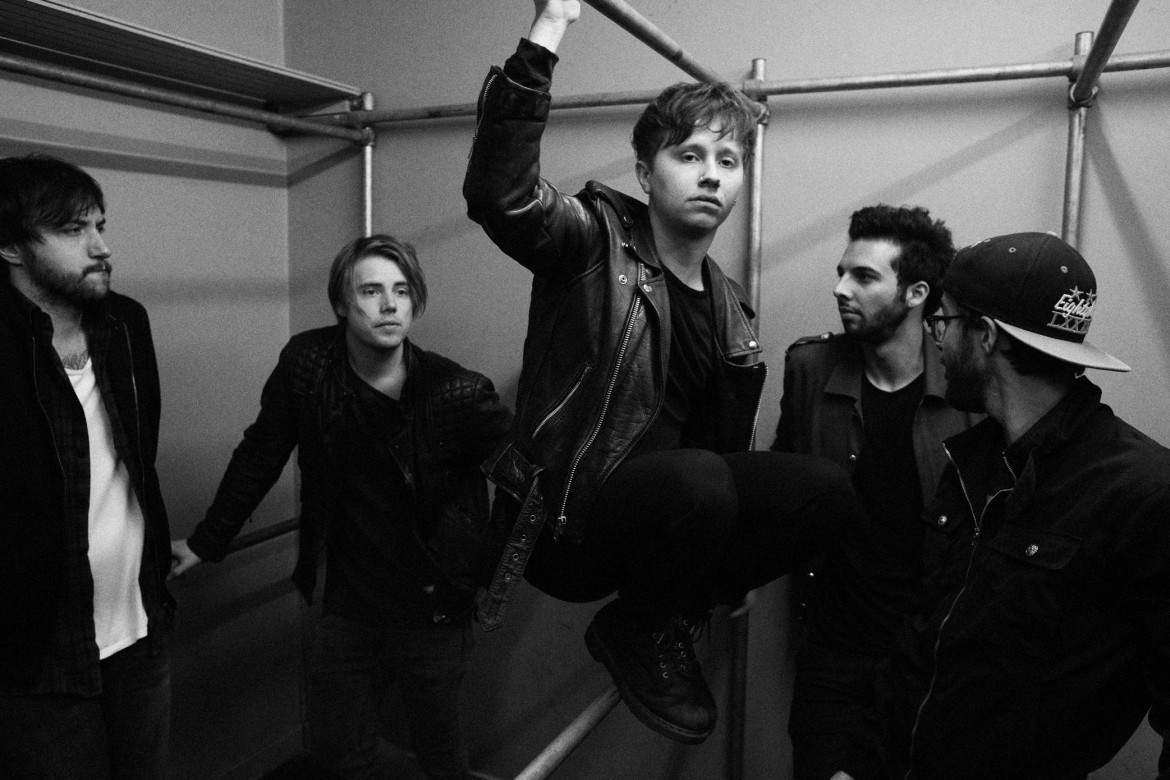 Stopping off in Leeds on the second day of their UK tour, Nothing But Thieves prove exactly why they deserve their top ten spot in the album chart.

Walking in to a packed out venue is always a wonderful feeling. It’s refreshing to see that there are still people out there that give a shit about live shows; rather than being surrounded by jaded music journalists, booking agents and reps who are all pretty bored of the prospect of finding the “next big thing”. With the news that NBT debut album reached number seven in the UK album charts and number one in the vinyl charts, a show-stopping performance is expected.

And a show-stopping performance is exactly what we get. Awakening the crowd with an extended version of ‘Excuse Me’ and rolling straight into the single that started off their epic journey, ‘Itch’ – NBT are not holding back. The small stage feels too modest for a band of their size, forcing them to be squashed together, spilling their euphoria out onto the already ecstatic crowd. Crowd-splitter ‘Hostage’ is up next, combining the seductive Muse-inspired basslines with the mainstream pop that’s made them so addictive, pleasing all those in sight.

When fretting over debuting ‘Honey Whiskey’ live, you can bet that the band didn’t worry about a fire alarm going off. Mid-way through the track, the band are greeted with an ear-piercing alarm, stopping them in their tracks, leading to a mixed response of applause and jeering. After about 30 seconds of confusion, the band continue like pros and pick off exactly where they left off, proving once again that this stage is too small for this unstoppable band.

Any cynic still left questioning the success of Nothing But Thieves will be left dumbstruck by the end of this gig. The band’s intoxicating rock is amplified tenfold and Conor Mason’s angelic vocals are so captivating that everything else just becomes background noise. All frontmen of bands reap most of the fame, but no-one deserves it more than Mason. His voice is raw, unscathed talent and the emotion and soul thrust into every performance makes him the perfect frontman. Finishing on their most ballsy record, ‘Ban All The Music’, Nothing But Thieves leave to rapturous applause and infectious smiles on their faces.