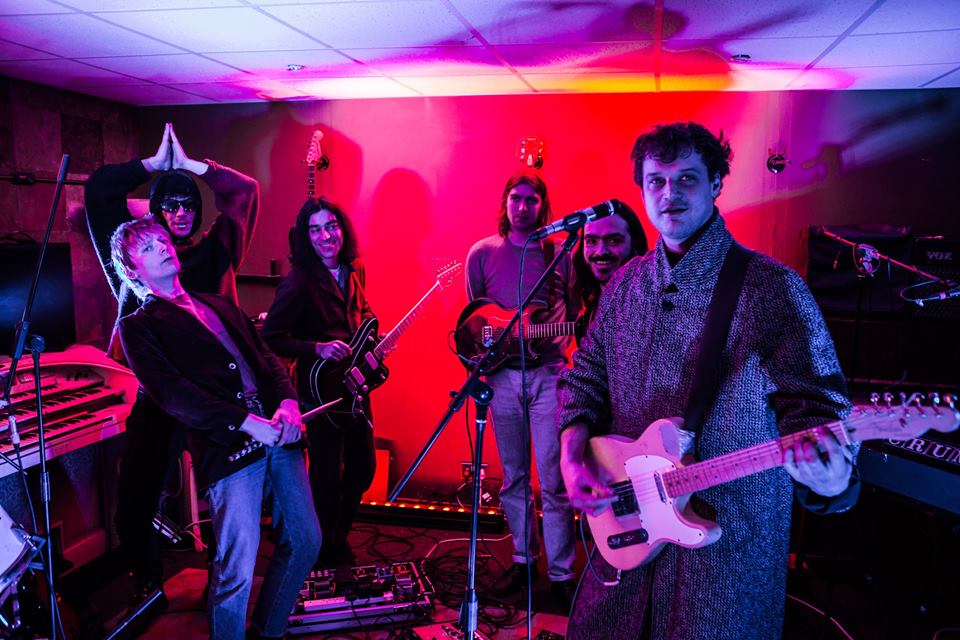 You might remember the team from North London's Hermitage Works premiering a previous session with us. And we loved it. Which is why we're excited to share another video from the match-made partnership of John Clay's videography and Hermitage Works Studios' production. It also doesn't hurt that Phobophobes' chaotic and addictive songs are worth taking the trip to South London for.

"Ever since watching Phobophobes at The Brixton Windmill in 2016, I've wanted to film them in a more formal context. 'Child Star' has always been the song I've envisaged being the test subject of such an experience. The vocal phrasing is cool, Chris OC's key bashing is suitably decadent, and the squalls of Cristo's guitar are wild. Resident Hermitage Works producer Nathan Ridley was on hand to wrangle the sound." - John Clay

The band are playing Rough Trade East, supporting their debut album Miniature World, out today on Ra Ra Rok. Then continuing onto a wider UK tour with YOWL.