Run the Jewels come in swinging with their fourth instalment RTJ4, a potent protest of an album taking a knee against systematic racism and the government elite. 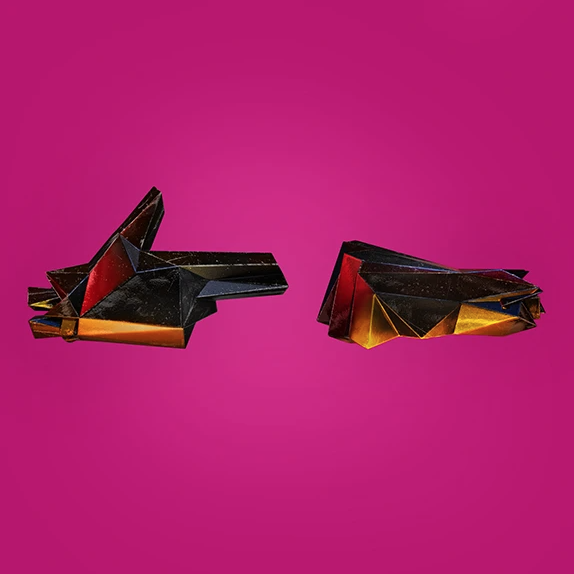 Run the Jewels come in swinging with their fourth instalment RTJ4, a potent protest of an album taking a knee against systematic racism and the government elite.

This social commentary on the injustices of America justice system was created by the now iconic duo of rapper Killer Mike and rapper/ producer El-P. Run the Jewels have been in protest of the government and police brutality since their inception in 2015; their most memorable track taking a stand being 'Close Your Eyes (And Count to F**k)' on RTJ2 back in 2016. Which is paired with an equally powerful video directed by A.G. Rojas, portraying the constant struggle between a society and those governed with authority over it.

Here RTJ are once again “back at it like a crack addict” in the name of justice with an album that soundtracks the current climate. Despite a global pandemic, people around the world are taking to the streets and joining the BLM movement. After the recent murder of George Floyd by police officers in the US, people are marching in protest against a different pandemic that has been taking lives for centuries.

The first single from the album 'Ooh LA LA' has a music video that similarly has people taking to the streets, but instead of revolt they are celebrating. This alternative reality is a far cry from our own; it's one that has freed itself from the monetary system and the class divisions that come with it, with the people taking to the streets with their new found freedom.

El-P's typical heavy beats and basslines run throughout this album but in ‘goonies vs. E.T.’  the music flows fantastically with both his own and Killer Mike's verses. The latter is nothing short of brilliant; “Used to be a time, I see it and I say it / Now understand woke folk playing” is just a taste from a multitude of social commentary on the public and the media. You just have to hear it.

Trust Pharrell Williams to find himself on the catchiest track on the album. ‘JU$T’, with a chorus that sings, “Look at all these slave masters posing on your dollar,” highlighting the history of the American patriarchy. Killer Mike and El P come in with focused energies aimed at articulating their opinion on the corrupt American government and financial system that enslave us all.

Killer Mike pulls no punches with lyrics like “paedophile sponsor / all fucking racists bastards” before going onto claim that his words will endanger his own life with, “you should kill your master / now that’s the line will probably get my ass assassinated”.

RTJ4 is Run the Jewels at their most serious, Killer Mike and El-P choosing to focus on their lyrical content produce an album of songs that galvanises their intentions. With features from such established artists such as DJ Premier, Josh Homme and 2 Chainz to name a few, there's no dilution of the message. There's no time for play on this album; as Killer Mike said during his heartfelt speech at a press conference in his hometown of Atlanta, now is the time to “plot, plan, strategise, organise and mobilise.” And you certainly hear that in RTJ4.

The album holds up a mirror to a deeply broken system, with every song on the record dedicated to conveying a vital message highlighting the injustices and shortcomings of the governmental systems that are supposed to take care of us.