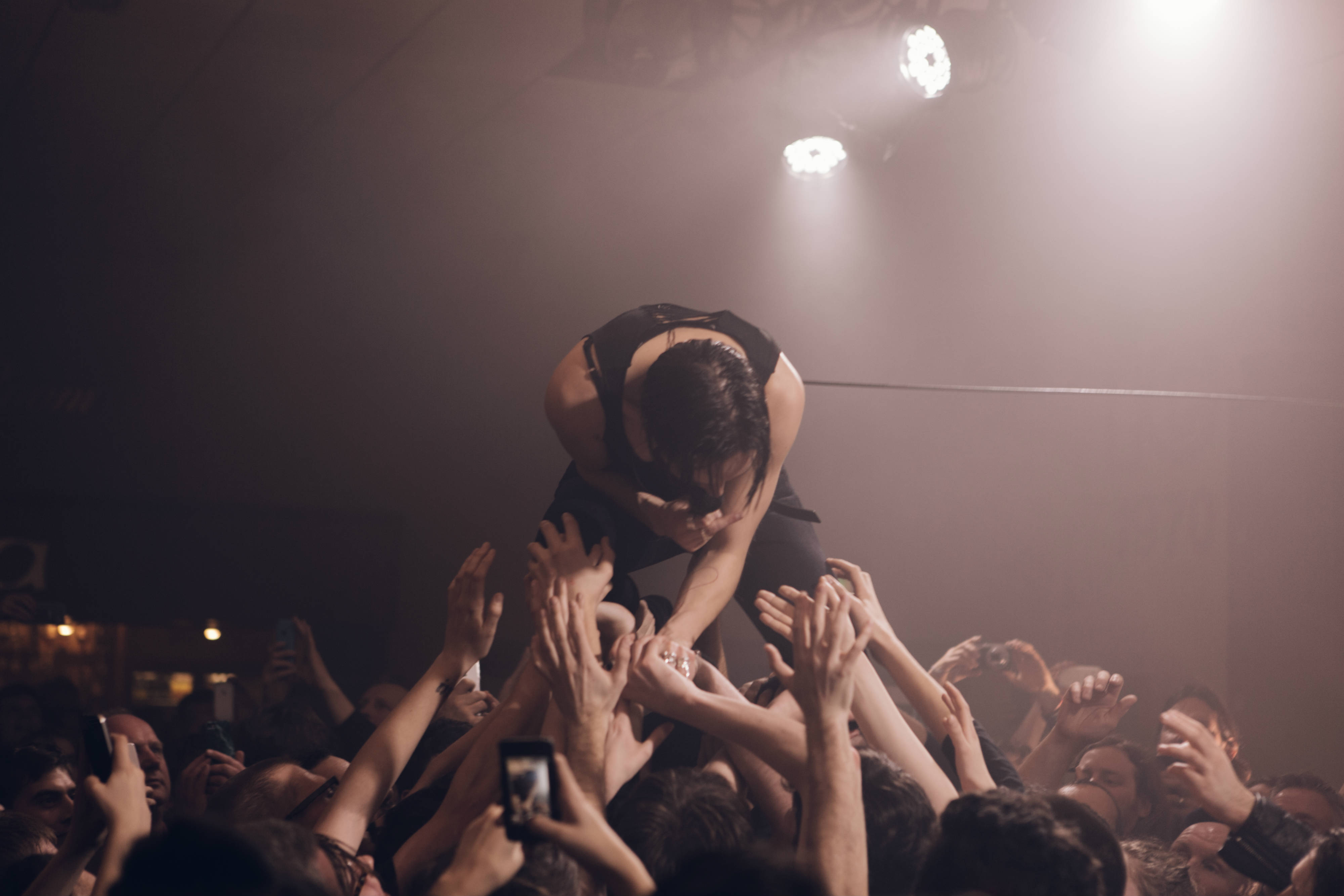 Savages performance at Leeds Irish Centre makes headway in proving that both of these definitions are apt for the unstoppable post-punk band.

Straight off the back of the release of their formidable second album, Adore Life, Savages, the infamous feisty female four-piece, head out on a huge headline tour of the UK - tonight sees them turn an otherwise desolate venue into their playground. Even before the band make their way on to stage, they manage to create a thick cloud of anticipation through a five minute drum-laden track booming around the venue. To create such a suspense in a venue that’s usually plays host to wedding receptions and with an audience compromising of a mix of young and old fans, is a very big achievement indeed.

The first few tracks go by with little rouse from the crowd, nevertheless, the lack of response is unimportant when Jehnny Beth’s vocals sound so flawless and the deep bass carries so well through the sharp drums; a breath-taking piece of live rock. ‘Shut Up’ sends a ripple across the audience as Beth prowls around stage, commanding the crowd with her venomous punk shouts of, “Did you tell me to shut it, I’ll shut it now”. The flashing lights, various spotlights and overall theatrical effect to the show is expected for a band as sombre as Savages. In fact, they’re the only kind of band that can actually pull off such a dramatic show, without it seeming forced or false: everything they do feels natural.

Reeling through tracks from their latest album, their newer songs are met with much adoration. ‘The Answer’ and ‘T.I.W.Y.G’ provoke an animalistic response from both Beth and the audience alike as she walks across the shoulders of the crowd in a valiant show of true rock. From a young woman’s point of view, watching someone like Beth control the crowd the way she does, and watching the rest of the band simultaneously all be kickass, is very inspiring. It’s no secret that the subject of women in the music industry has been talked about a lot in the past 12 months – and for very good reason – so to see a group of women working the way they do, and receiving such genuine respect from the fans, does give a little light of hope in an otherwise tunnel of shit.

After hearing so much about Savages as a live band, they live up to every expectation. From their loud and ballsy noise, to the way they work the crowd – everything is there to build them into a truly powerful band.

All images by Nick Porter.