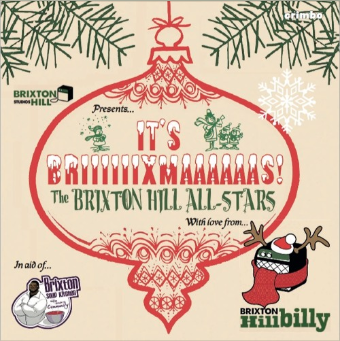 “Considering this is becoming one of the richest boroughs in the country,” Gilchrist said, “it's very upsetting to think that we still need soup kitchens and food banks.”

The offering from SCUD FM is a low vibe, horn driven lament. Like a Madness B-side the track sits, tongue in cheek, poking fun at a familiar Christmas legend while stealth guitars and the familiar Ian Drury drawl snake through the tale-telling.

The band had this to say to us about the track;

"The song is just a traditional old fashioned Christmas tale of having your house burgled on Xmas day and even stealing your dog by the culprit. If you are lucky enough to get your house drummed on the day before or on Christmas Day itself, the intensity of love and empathy from others amplifies by about 18%. And your faith in humanity is saved."