Slamdunk festival makes its return in one hot minute, and as expected there are some amazings acts on offer. Dust off that BFMV t-shirt and dive right in. 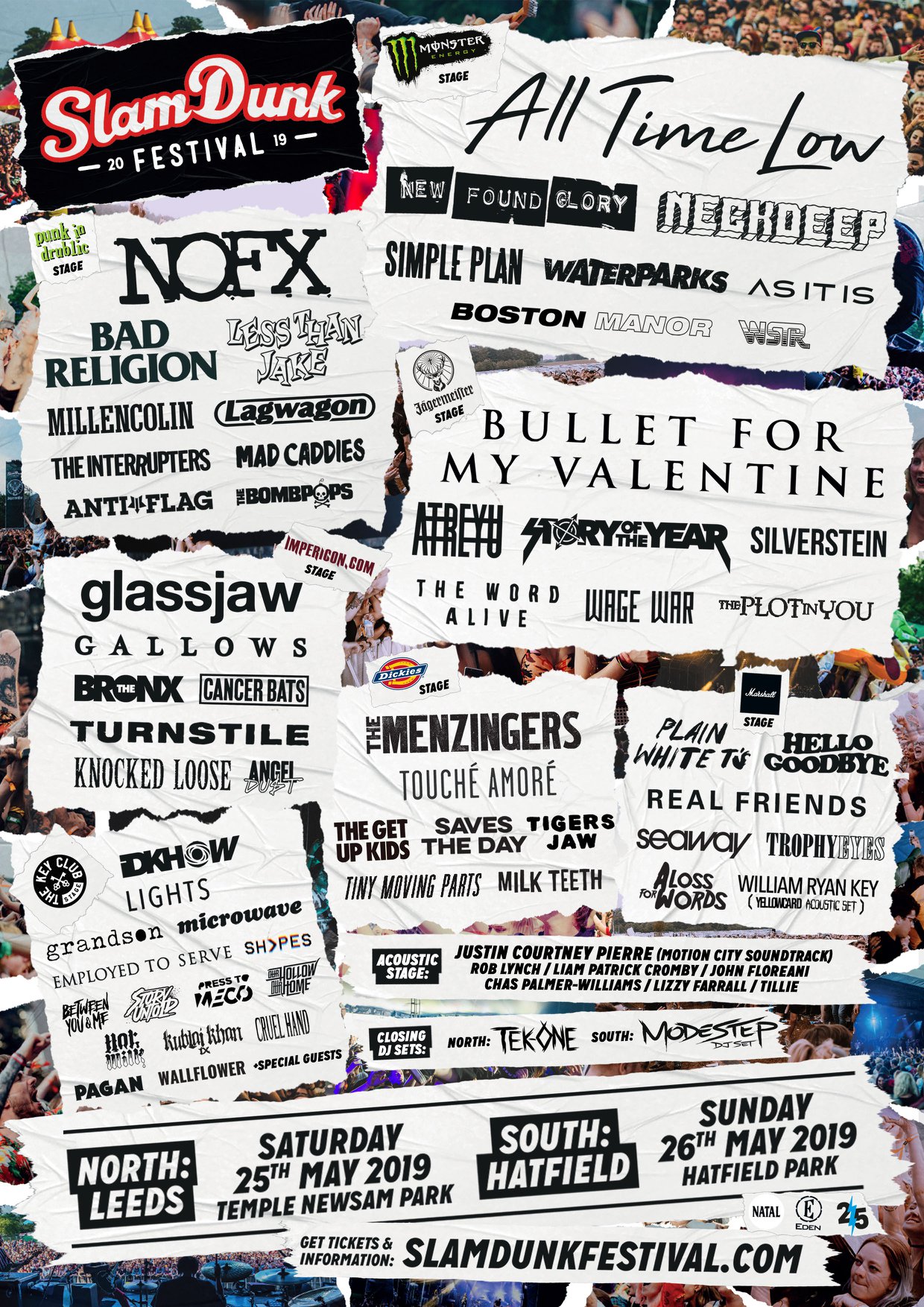 Slamdunk festival makes its return in one hot minute, and as expected there are some amazings acts on offer. Dust off that BFMV t-shirt and dive right in.

This year, headlining Slamdunk is Welsh heavy metalers Bullet For My Valentine and 4/4 classic rock band All Time Low. And the previously three-location festival has been reduced to a mere two; Hatfield Park and Temple Newsam Park in Leeds. Here at Raw Meat Towers, we've selected a few bands and artists we think you rather enjoy, whichever of the two you make it down to.

Hot Milk are a dual-fronted emo powerpop band from Manchester who not only recently toured with You Me At Six, but are also supporting the legendary Foo Fighters in the UK later this year. You can spot them at both sites of Slamdunk this year down at the Key Club stages.

WSTR, a pop punk band from Liverpool have just supported our old pals The Faim on their European tour. They're punk-popping up quite a lot at the moment, so we recommend checking them out ASAP. You'll find them on the Monster Energy stages.

Cutie patooties Waterparks are an electro pop rock band from Housten, Texas. They supported Slamdunk headliners All Time Low back in 2017. You'll find this boy-band-level handsome lot on the Monster Energy stages as well.

Grandson is Canadian-American singer/songwriter Jordan Edward Benjamin who recently released his second EP A Modern Tragedy Vol 2, and has previously supported the likes of Hobo Johnson, Nothing But Thieves and Smashing Pumpkins. Catch him in a net at the Key Club stages.

Canadian electro-pop singer-songwriter, Lights has four albums under her belt, and accompanied the fourth with a beautiful graphic novel called 'Skin & Earth'. She's also down on the Key Club stages.

Just to be clear, the acts listed in this preview are just a select few of the shit-tonnes playing that we think you might like. Additional special mention goes to the awesome Press To MECO, the resurrected Cancer Bats, and everyone's guilt-less pleasure, New Found Glory.