After a short string of excellent homemade EP’s, John Lutkevich offers his first full-length, The Light, on two of Boston’s finest labels: Disposable America and Exploding in Sound. 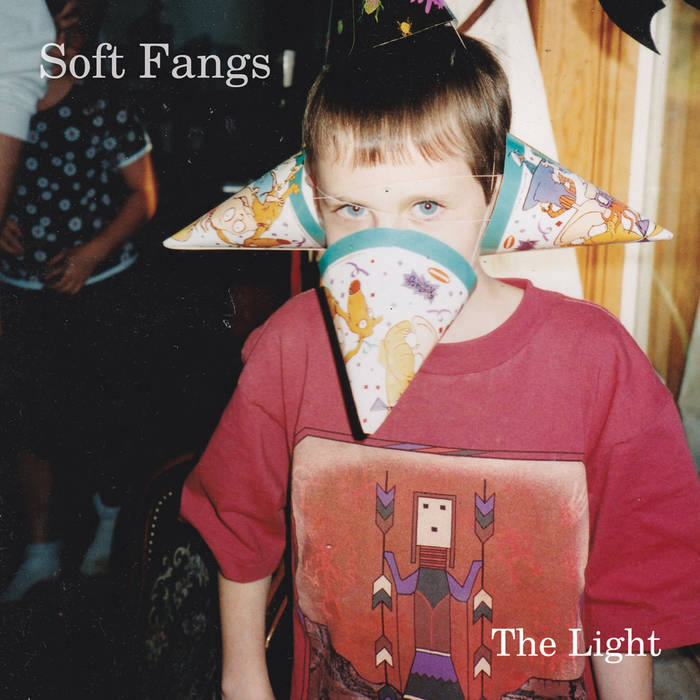 After a short string of excellent homemade EP’s, John Lutkevich offers his first full-length, The Light, on two of Boston’s finest labels: Disposable America and Exploding in Sound.

Don’t let the phrases ‘record labels’ or ‘debut full-length,’ fool you, The Light was made utilising the same home recording techniques Lutkevich has been using to release music as Soft Fangs since 2014, which imbues the album with a salient domesticity, aided by the nostalgic album art and contradicted by the spaciness that fills many of the songs.

The Light is a product of a year’s worth of recording. The LP makes the breadth of influences and experiences one may encounter in as much time palpable to the listener. The melodies are familiar but the songs are never predictable. Once you’ve deemed the record a weightless, spaced-out bedroom-folk record on the opener 'Dragon Soap,' we hear distorted guitars and delicate electronics a la Radiohead’s 'Subterranean Homesick Alien' in the next track: 'The Air.'

After the circular melodies of 'Golden,' a track that was released as a single last year, the midi-laced Soft Bulletin toting 'Birthday' appears mysteriously. Woozy acoustic guitars are suddenly interrupted by an uncharacteristic head-bobbing drum beat and hovering organs while Lutkevich aloofly considers mortality. It’s one of the great left turns that The Light takes to assure the listener never grows complacent. There’s no shortage of these, however, the home-recording experimentation is a crucial aspect to The Light’s appeal. Pitched-down vocals and goofy metronome beeps transform the beautifully fingerpicked guitars of 'Back of a Horse' from a familiarly contemplative folk-song to an off-kilter highlight.

Even after floating as far into outer-space as he does towards the end of 'The Wilderness,' we’re abruptly dragged back down with the earthly and concise jangle of 'Get a Job,' a song that simultaneously encapsulates Microcastle and early REM without repeating itself or belabouring the point. This precision is followed by the meandering title-track, which closes out the album on a cathartic climax, abruptly, half-way through a triumphant cymbal crash.

To experience Soft Fangs’ debut is to experience many of indie-rock’s shining moments of the past 25 years within the course of a half hour. The melancholic shoegaze of Souvlaki, the fluttering synth textures of OK Computer, the ‘freak-folk’ of Cripple Crow, the super-clean post-rock guitars of Bedhead, the slow-core song pacing of Red House Painters, the bedroom noise-folk of The Microphones; all are on display in this sleek amalgam, which ultimately feels unique, despite the on-sleeve influences. The Light is a wonderfully-stoned journey round the suburbs, (the interstellar clouds, the living room carpet, temporality, etc.). Domestic interiors are distilled into melodies and dissolve into space, as you stare at the stars from your bedroom: suddenly boundless and floating towards euphoria.